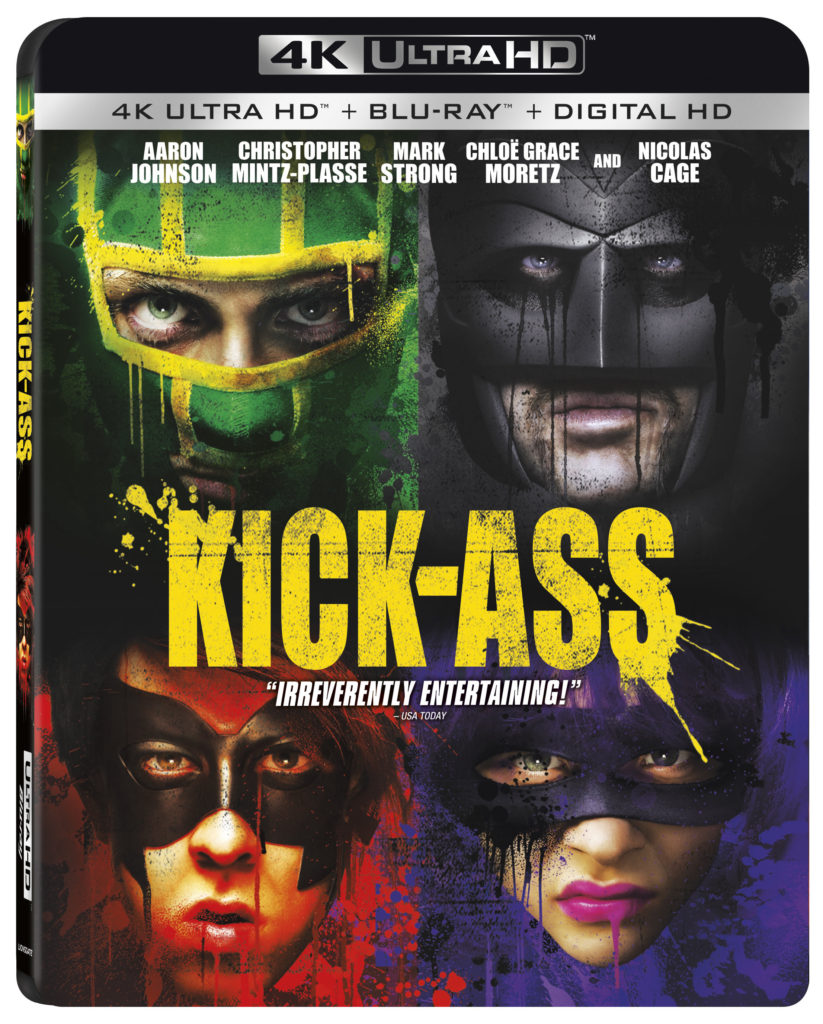 Lionsgate Home Entertainment is releasing Kick-Ass on 4K Ultra HD for the first time on October 3, 2017!

The film is an adaptation of the comic-book franchise of the same name written by Mark Millar. Kick-Ass stars Aaron Taylor-Johnson, Nicholas Cage, and Chloe Grace Moretz. The upcoming combo pack will be available for a suggested retail price of $22.99.

Dave Lizewski (Taylor-Johnson) is an ordinary teenager who goes unnoticed in high school until he takes a chance to “do something” and dons a mask and becomes “Kick-Ass” to fight real-life crime. Bruised and beaten and without any real super powers, he is saved by a father-daughter duo (Cage as “Big Daddy,” Moretz as “Hit-Girl”) who know all the right moves and have a vendetta against a vicious crime lord, D’Amico (Mark Strong). After a fiery internet storm of publicity for Kick-Ass, D’Amico wants to meet the masked man, and his son (Christopher Mintz-Plasse) dons a costume of his own and becomes “Red Mist” to befriend him and get in his father’s good graces. The story comes to a head when D’Amico succeeds in luring the crime fighters to his home and ass-kicking destruction ensues.

The film made $96.2 million at the box office on a budget of 30 million. It even got a sequel.

What are your thoughts about Kick-Ass getting a 4K Ultra HD Combo Pack release? Let us know!