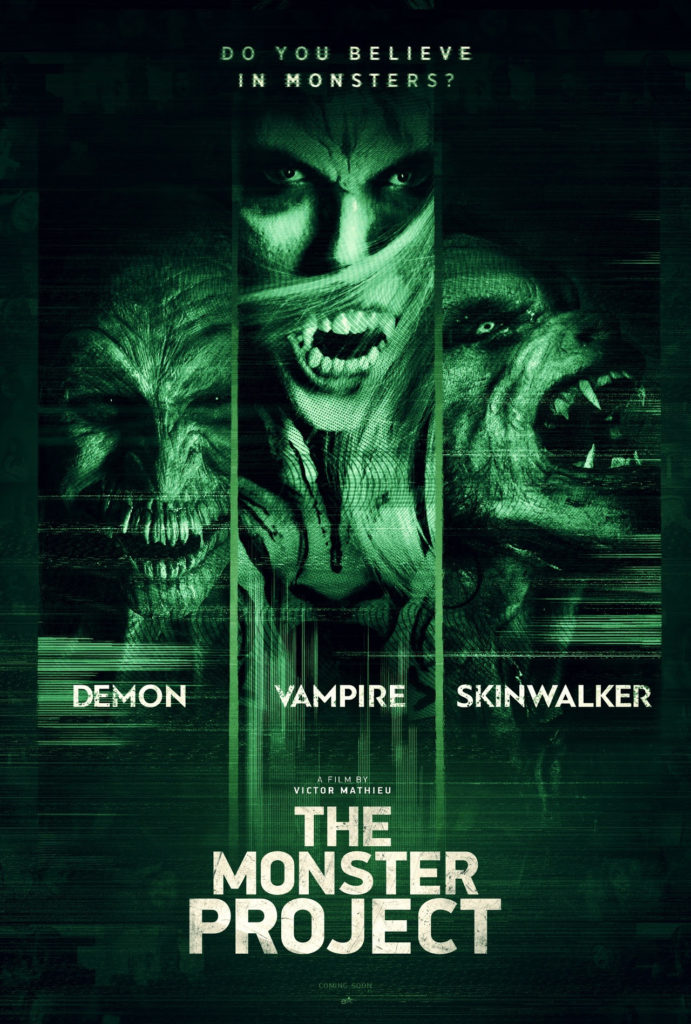 The Monster Project is ready to scare supernatural horror fans when it comes to select theaters, VOD, and Digital HD on August 18, 2017!

I’m all for low-budget horror films and having watched the trailer, The Monster Project does seem promising. The Monster Project follows a group of young horror filmmakers who want to gain more subscribers on their YouTube channel. Their plan to interview “real” monsters ends up putting their lives in danger.

In a chilling and inventive take on the classic monster movie genre, THE MONSTER PROJECT follows a group of aspiring horror filmmakers, eager to raise their YouTube subscriber count, who post an online casting call for “real life” monsters to interview for their documentary. They find three participants and choose to film them sharing their haunted experiences in a mansion in the woods on the night of a lunar eclipse. The production suddenly turns into a nightmare when the participants transform into a real vampire, demon, and skinwalker (a type of harmful witch, according to Navajo legends, that can transform into any animal with the intent of harming people), forcing the unsuspecting crew to fight for their lives.

The Monster Project is distributed by Epic Pictures. Here’s the trailer!

Patrick Ewald and Shaked Berenson established Epic Pictures Group in 2007. Since then it has grown to become one of the most creative and dynamic independent studios, focusing on filmmakers’ vision driven projects, shaping them from script to launch via its domestic distribution division Epic Pictures Releasing.

What do you think of The Monster Project? Let us know!