“Life Like” Futuristic Thriller About A Young Couple & An Android Gets May Release! 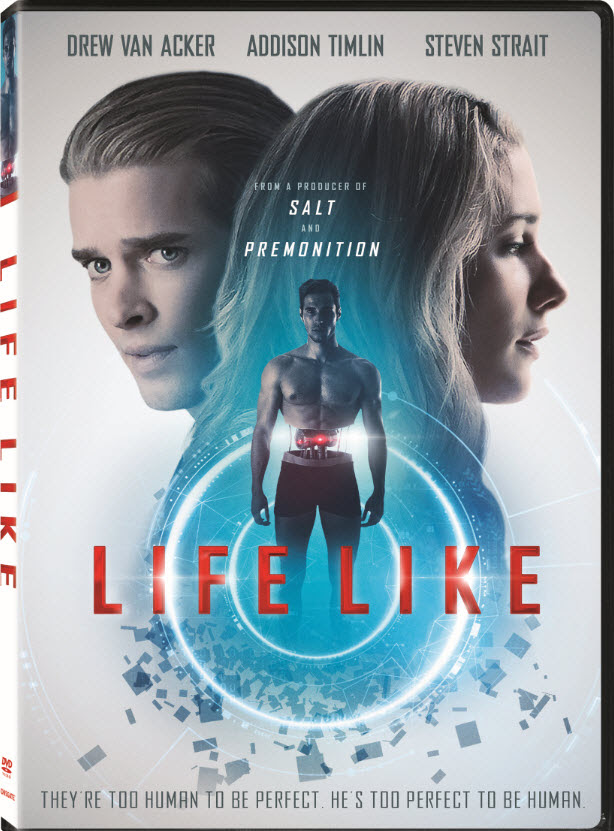 Seeing Artificial Intelligence trying to connect with its so-called humanity isn’t new. However, the upcoming movie Life Like seems to have put an interesting twist on the classic concept. I just hope the android creepily flirts with both individuals making up the young couple because otherwise what is the point of even making such a film?

Basically, an “idealistic attractive young couple” acquires a “stunning, lifelike robot for guilt-free help,” but as the three of them grow closer, their perception of humanity begins to alter.

Just check out the trailer and tell me you also think the robot needs to be hitting on the dude, too!

Life Like will be arriving on DVD, Digital, and On Demand on May 14 from Lionsgate. It is from a producer of Salt and Premonition. This sci-fi thriller stars Drew Van Acker, Addison Timlin, James D’Arcy and Steven Strait.

The Life Like DVD includes a behind-the-scenes featurette. It will be available for a suggested retail price of $19.98.

In this futuristic thriller, Sophie (Addison Timlin, “Californication”) and James (Drew Van Acker, “Pretty Little Liars”) purchase a lifelike robot to cook and clean at their sprawling new home. At first, android Henry is quiet and hard-working. But as his artificial-intelligence programming kicks in, Henry starts to anticipate the couple’s needs and desires, ones they themselves cannot fully understand. Will Henry’s terrifying behavior destroy Sophie and Julian’s relationship—and their lives?

Josh Janowicz is credited as the director as well as the writer. According to the film’s IMDb page, Life Like has been rated R for language, sexuality, nudity and some violence.

Again, due to that R rating (which I think is because of how Hollywood usually works when it comes to queer content), this film better have the robot hitting on the dude! Don’t force androids to be constricted by heteronormative ideals!