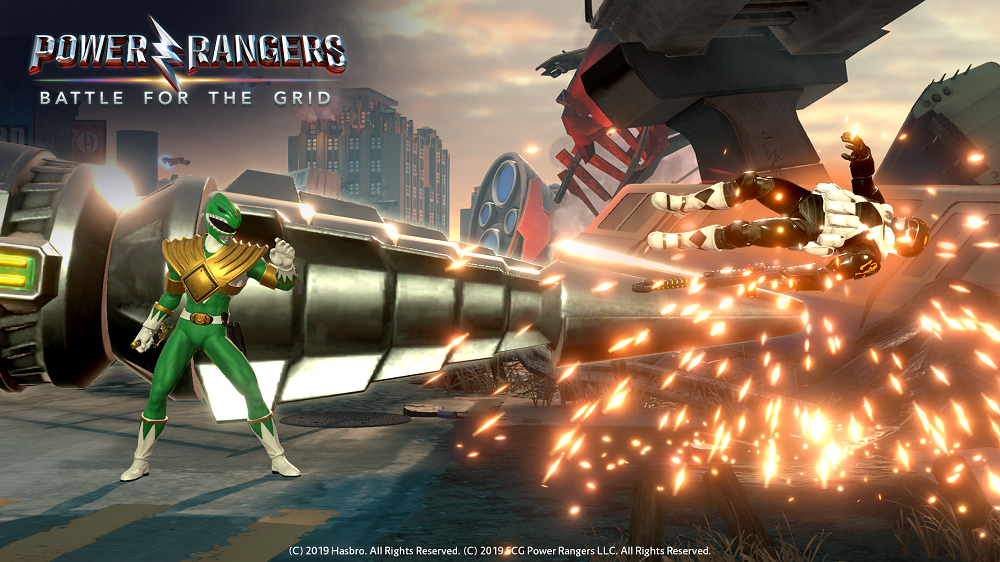 In exciting Power Rangers franchise news, nWay, the developer and publisher behind Power Rangers: Legacy Wars, has announced the release of Power Rangers: Battle for the Grid. Features and character details have also been released!

Developed in partnership with Hasbro, Inc. (NASDAQ: HAS) and Lionsgate, Power Rangers: Battle for the Grid is the first Power Rangers console game to “pit new and classic Rangers and villains from the multiverse’s 25-year history against one another in epic team battles.”

You can go ahead and own a digital download for $19.99 on PlayStation 4, Xbox One and Nintendo Switch. A PC release will follow later in the year.

“We wanted to make this the best Power Rangers game yet so we focused on each character’s detail and history and worked closely with Hasbro and Lionsgate to respect the Power Rangers IP,” said Taehoon Kim, co-founder, and CEO of nWay. “At the same time, we wanted to make this a true fighting game that everyone from novices to pros could enjoy, so we consulted with senior members of the fighting game community like Justin Wong and employed MvC legend Daniel “Clockw0rk” Maniago to lead combat design. The end result is that Power Rangers: Battle for the Grid is a full-fledged MvC style 3v3 tag fighting game.”

Power Rangers: Battle for the Grid can be played online and offline. In online mode, players are matched against similarly skilled players from across the world in Ranked Mode to compete for League Points or just for fun with no points lost in Casual Mode.

Players can play offline against another player or the computer in Versus Mode or fight in Arcade Mode to experience a series of battles that ultimately ends against a final boss.

There is also a Training Mode which will allow players to hone their skills against an A.I. led player and a Tutorial to teach players the game’s core mechanics.

“We are excited to build upon the success of our mobile game, Power Rangers: Legacy Wars, to bring Power Rangers fans a world-class fighting game experience built from the ground up for console and PC,” said Daniel Engelhardt, Senior Vice President of Interactive Ventures & Games at Lionsgate. “We’re tapping into all 25 years of this iconic, perennial Top 10 NPD Action Brand to give Power Rangers fans something they haven’t seen before.”

At launch, players get 9 Characters to choose from, 3 Ultras, 5 Arenas, and 120 Collectible Banners.

“Power Rangers has been a great addition to Hasbro’s portfolio of brands and we’re excited to introduce fans to a new fighting game experience on console,” said Mark Blecher, Senior Vice President of Corporate Strategy and Business Affairs at Hasbro. “Power Rangers: Battle for the Grid makes the brand’s core elements of fun and teamwork available to fans on new platforms.”

Are you excited about Power Rangers: Battle for the Grid? Let us know.