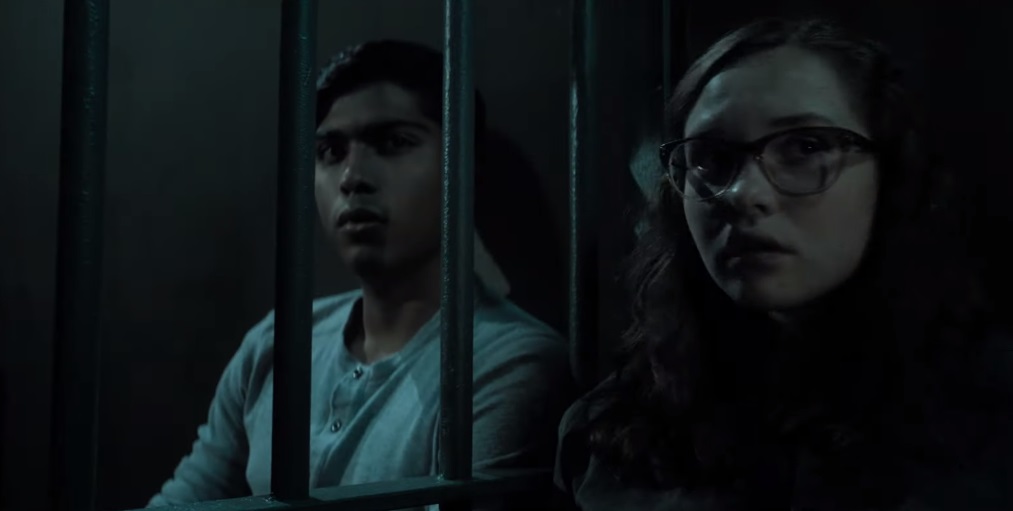 Scary Stories to Tell in the Dark (Image: Screengrab)

The trailer for Scary Stories to Tell in the Dark has been released! Based on the children’s book series of the same name, fans (young and old) can look forward to the big-screen live-action adaptation come August 9, 2019.

The upcoming Canadian-American horror film, Scary Stories to Tell in the Dark, is directed by André Øvredal. The book series it’s based on is by Alvin Schwartz. The screenplay was adapted by Dan and Kevin Hageman, from a screen story by producer Guillermo del Toro, Patrick Melton, and Marcus Dunstan.

It’s 1968 in America. Change is blowing in the wind…but seemingly far removed from the unrest in the cities is the small town of Mill Valley where for generations, the shadow of the Bellows family has loomed large. It is in their mansion on the edge of town that Sarah, a young girl with horrible secrets, turned her tortured life into a series of scary stories, written in a book that has transcended time—stories that have a way of becoming all too real for a group of teenagers who discover Sarah’s terrifying tome.

I’m a bit disappointed the upcoming film won’t be R-rated like IT. The Pennywise film also starred kids and went on to break records at the horror box office.

The trailer for Scary Stories to Tell in the Dark has some cool looking monster designs. I still can’t help but think about how horrifically amazing the overall film could have been if it went R-rated with the content.

Here’s to hoping it does well because there are numerous scary stories to be told.

Are you looking forward to watching Scary Stories to Tell in the Dark? Have you read the stories? Let us know.