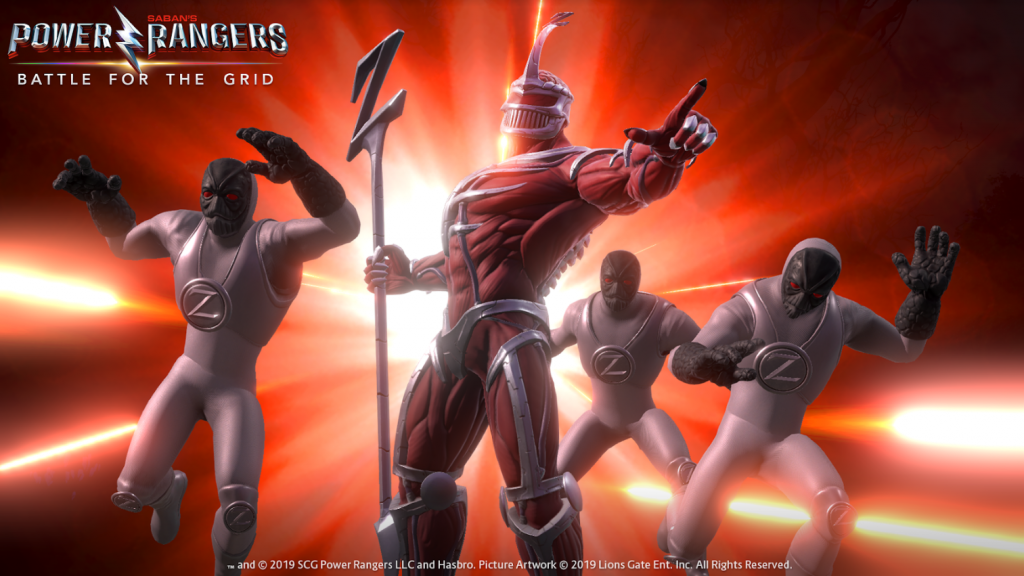 Power Rangers: Battle for the Grid is currently available on PlayStation 4, Nintendo Switch, and Xbox One. A PC/Steam version is scheduled for a Summer 2019 release.

The self-proclaimed “Emperor of Evil,” Lord Zedd has conquered and enslaved much of the galaxy. Initially leaving the “insignificant” Earth for Rita Repulsa to conquer, he returns to punish her for her failure and finish what she started.

Lord Zedd wields his Z-Staff to blast his enemies from range but can also pull them in to close to unleash devastating attacks. His combo potential is high and even more impressive when he calls upon the Putties to help aid in him in battle.

Lord Zedd is available for purchase as part of Season One Pass for $14.99, which also includes Trey of Triforia and Jenn Scotts characters, and Jason Lee Scott with Dragon Shield character skin. Lord Zedd can also be purchased individually for $5.99.

Lord Drakkon and his army continue to travel through dimensions, conquering the Rangers and threatening all existence. With the fate of reality at stake, Zordon and Commander Cruger ask Rita Repulsa to join forces in order to stop Lord Drakkon and his powerful army. Tune into Act III and find out if Rita has been convinced to join the Rangers to defeat her old apprentice.

Story Act III is included in the free v1.4 update.

V1.4 update is available for digital download via the PlayStation Store, Nintendo eShop and Microsoft Store.

More information is at the official Battle for the Grid website.

Power Rangers: Battle for the Grid pits current and classic POWER RANGERS and villains from the multiverse’s 25 year history against one another in epic 3v3 tag team battles. The controls promote simplicity and fluidity, enabling beginners to enjoy the combat system and encouraging advanced players to delve into its gameplay mechanics, which include real-time assist takeover, dynamic defense through push blocking and aerial guard, customizable juggle combos, and a unique Megazord comeback mode.