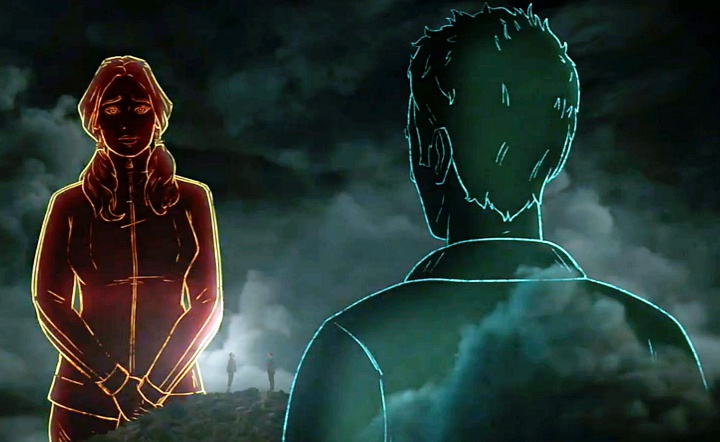 Chapter Nineteen was a hard one to get through. It wasn’t hard because of its structure or anything. No, it was masterfully crafted in every way. It was hard because I had to watch character I love go through an immense amount of pain.

The season finale of the second season, much like the finale of the first season, left on a cliffhanger.  But this cliffhanger was a much bigger punch to the gut.  When season one concluded, the mystery was how Syd and the others at Summerland were going to find and save David.  The cliffhanger in Chapter Nineteen is what’s going to happen now that David seems to have become the primary antagonist.  Instead of desperately trying to save David, she may have to run for her life.  My heart hurts at the prospect of this.  They were at OTP status, essentially.

The even more traumatic part of the finale is how violated Syd felt about the encounter with him near the end of the episode.  David ‘drugged’ her and slept with her.  I’m avoiding using potentially triggering words in this review not because I don’t want to call it what it is, but simply as a way to avoid triggers for my readers.  But it’s not hard to see what he did to her for what it really is and I applaud Noah Hawley for calling out his protagonist (now antagonist) like that.  He could have ignored that action or brushed it off as not a big deal, but he had Syd confront him about it in front of everyone.  That level of violation is unforgivable and it’s going to be hard to watch David as he goes forward.  Will he ever be sympathetic to the viewers again?  I simply don’t know.  It’ll be hard for me to forgive him, that’s for sure. 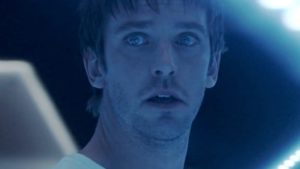 The most interesting part of this plot point was that, somehow, I don’t want to quit watching the show.  With most shows, once they veer into sexual assault I lose interest.  It becomes unforgivably offensive.  While I might have a hard time forgiving David, I am able to appreciate how Hawley and the rest of the writers handled this potentially explosive plot point.  They didn’t shy away from it. They didn’t make excuses for David.  They used it to indicate his shift to being an antagonist, which is absolutely appropriate given his actions.  There was no “well, they were dating” or “he’s mentally unwell and doesn’t know what he’s doing” or any bull crap like that.  David assaulted Syd.  Syd called him out.  He’s now the bad guy for both that and all the other things he can potentially do with his powers.  And that’s where Chapter Nineteen left off.  It’s heartbreaking, but well executed.

There was more to the episode than the assault, of course.  The first five minutes or so were the exact type of stylistic artistry that has drawn me to the show since the beginning.  It’s difficult to have a show where most of the action is all mental, but Hawley’s approach to the Astral Plane battles has been nothing but pure art.  Whether it was the dance battled from Chapter Nine or the animated sequence from this episode, Hawley has managed to make something that could have been very boring visually into a bizarre but fitting spectacle.  It’s this type of style choice that has me singing the praises of Hawley and fangirling him hard all over social media.  The man is an artist.

Now that we know that there’s a season 3 and Chapter Nineteen isn’t the end, I’m comfortable with this ending.  It leaves a lot of potential for next season.  It’s painful to think of how far David has fallen, but I appreciate the bold decision and how it’s being handled. I trust Noah Hawley with these characters and with my emotional response to what he puts them through.  It’s incredibly rare for me to trust a showrunner this much, but he’s proven himself worthy of it.  I look forward to season 3.

Previous:Book Review: The Summer of Us by Cecilia Vinesse
Next: The 100: The Complete Fifth Season Coming to DVD & Blu-ray This October