Marginsbox Aims to Promote Black, Indigenous, and POC YA Authors 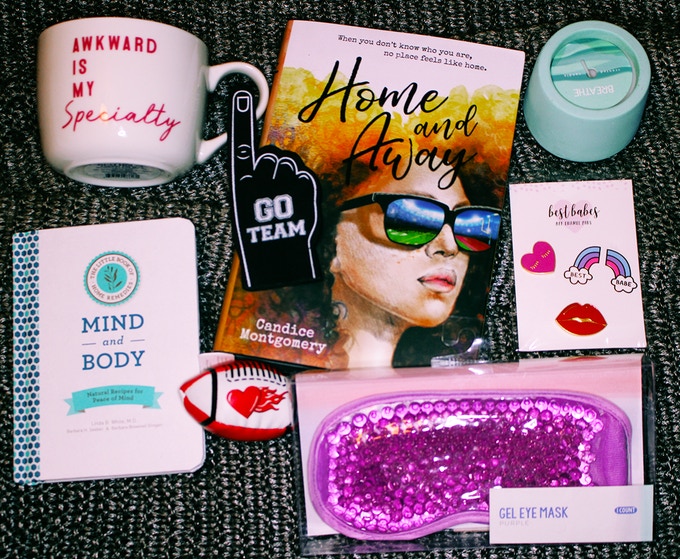 There are a growing number of subscription boxes out there – from Loot Crate to Collector Corps and any number in between. Anything you may be interested in, there is probably a box out there for you. Well, now if you’re a black, indigenous, or POC book nerd, there is a new box you may want to know about – Marginsbox.

Marginsbox is a new monthly subscription box aimed at promoting black, indigenous, and POC Young Adult authors. Each box will include one YA book by a BIPOC author (a new release, something that has come out in the last 45 days), as well as a number of handcrafted (also by BIPOC) items that somehow relate to the theme of the box. Contents of each box will vary, but items can include things like enamel pins, art prints, socks, candles, keychains, lip balms, magnets, and more! As with every other monthly box, half the fun is in the surprise!

Hoping to start this brand-new box are Adrianne and cara, also known as the Auto 8 Collective. But they need your help, which is why they’ve launched a Kickstarter to make Marginsbox a reality. You can donate to the cause for as little as $1, but starting at $35 you’ll get at least one subscription box as a reward. Everyone who gets at least one box will receive a special exclusive Kickstarter box as a reward, which will be different from the standard box all regular subscribers will get. Be warned, though – due to costs, the box perks are limited in number, so you’d better donate fast if you want one!

But that’s not all, because there are stretch goals! If Adrianne and cara are able to meet their $12,000 goal before the end of the campaign, you can help them on their way to expanding their enterprise! Getting them to $21,000 or $25,000 will allow them to jump ahead in their goals to add more monthly boxes – an LGBTQ+ one as well as a children’s/middle grade one.

Marginalized authors don’t often (or rather, don’t usually) get the promotion they deserve, so a product like Marginsbox will go a long way into getting these books out there and into the hands of people who need them. Black, indigenous, and POC readers deserve to see themselves in books, and better yet, to know that these stories are being written by people just like them. And speaking as a white person, reading Own Voices novels help me learn and understand about other cultures, but I don’t always know how to find the books, so something like Marginsbox will give me a great starting point. (As the Kickstarter page says, “The more widely people read, the more they expand their worldviews.”)

Do check out their Kickstarter page and help Marginsbox give marginalized authors their chance to shine. The campaign ends on March 11.