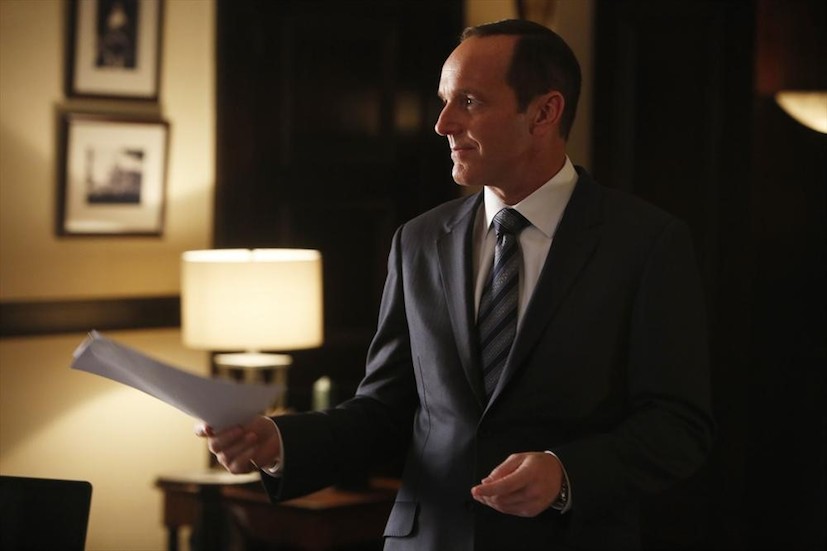 Now that Civil War has been announced I can’t help but see it everywhere. Given the impact that Captain America: The Winter Soldier had on Marvel’s Agents if S.H.I.E.L.D. it’s not unfounded to assume the third Captain America film will have cause similar repercussions. Plus, when people start lobbying against SHIELD and the superheroes they support it’s hard not to assume that this is all heading towards the great Marvel schism. I know I’m thinking way to far ahead, but thanks to Marvel’s big event it’s on my brain and it’s hard to ignore. Anyway, Civil War obsession aside, this episode continued the exciting character driven drama that has made this show so entertaining since it kicked into gear at the end of last season.

I may as well start with my bi-weekly protest against Lance Hunters general existence because he was particularly pointless in this episode. His interactions with Bobbi Morse (who is has shed a shining light of awesome on this show) were awkwardly forced, although I’ll admit that towards the end some of the banter as they fought was watchable but certainly not praiseworthy. Also Hunter’s casual misogyny is just getting worse, especially now that we know he’s referencing Bobbi. I thought it might have been heading towards his ex-wife being Shanna O’Hara, which would have made some of his statements slightly more forgivable. But now we know he’s just a misogynist ass. 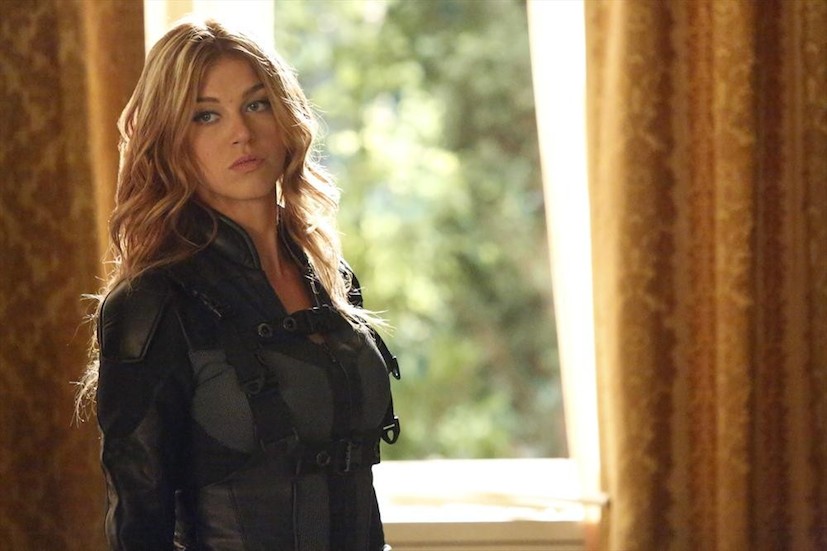 Bobbi Morse though, is AMAZING. Best new addition, she even beats out Mac and I still really love him. I was a little disappointed that most of her stuff this week was connected to that Lance Hunter guy but her interactions with May were great – I’d love to see them go on more missions together and I could watch them beat up dudes all day long. I also have to point out that Bobbi and Jemma both ran into the room together, I’m not saying they were making out because that would be pure speculation on my part, but wouldn’t it be cool if they were. Then again, maybe they were just talking biology.

Speaking of Jemma Simmons, it’s great to see her back in the fold. As much as I loved seeing her trying to be cool undercover, it’s nice to get her back with the team. I particularly love the subtle ways they are showing that she’s a gotten a lot harder since the end of last season – admitting to watching Ward and the way she was the one that told him she’d kill him if she ever saw him again (I don’t doubt it either). And the way she interacts with Fitz is even better than I expected.

To be honest I was a little worried with how they would deal with Fitz and Jemma’s reunion and how they would explain Jemma’s decision to leave in the first place. Because while it’s clearly incredibly hard for her to see Fitz in this state, she never struck me as the kind of character to abandon someone she cared about no matter how much it hurt. The fact that her presence makes Fitz worse works really well because it makes what they both want impossible. Jemma wants to help and Fitz wants her to be there for him but they can’t make it work and it’s heartbreaking. I particularly liked that it was Mac that picked up on the problem, because he never saw Fitz-Simmons as they were he only sees them as they are now and what they are now is not good for either of them. 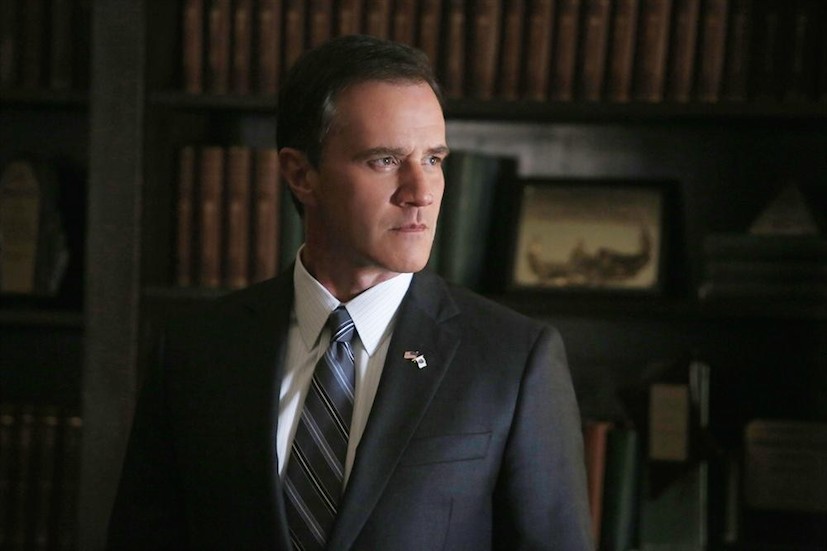 The main plot of the episode revolved around my favorite evil Nazi, Grant Ward, who much to my surprise has actually been an intriguing addition to this season so far. They are continuing to play with the is he evil is he not idea, except we know he’s evil what we need to figure out is the degree of his evilness. Is he just evil by association, or is he fundamentally evil underneath the abs and the grief beard? The introduction of Ward’s supposedly horrible big brother Christian as a political foil turned potential ally for S.H.I.E.L.D. worked well, especially because it seems fairly obvious that they’re both lying. I very much doubt that Christian Ward is actually just your standard run of the mill morally ambiguous politician, and I don’t think Coulson believes that either. He just hates Ward so much that he’s willing to hand him over to his abusive older brother without a hint of remorse.

Generally I’m not a fan of flashing between timelines in order to give the allusion that things are happening at the same time when they’re not but in this instance it worked. It’s a technique that is particularly prevalent in spy/thrillers like Agents if S.H.I.E.L.D. so if they start to abuse it I will get annoyed very quickly. This particular moment worked so well because he played into both Ward and the audiences assumptions that Skye would do something rash like she did last week. But instead she took a page out of Black Widows book and used everyone’s expectations against them and it was great.

Anyway, enough from me, what did you think? Are you loving Bobbi Morse? Did Fitz-Simmons break your heart? Is Ward totally evil or just mostly evil? Let us know in the comments.

Previous:The Canary Lives Initiative: Fans are REALLY Upset About the Loss of a Beloved Character
Next: Arrow 3×04 Review: The Magician