The problem with living at the ass end of the earth (Australia), apart from the cost of air fairs to visit friends, is that I tend to be either asleep or working when things goes down in fandom. Like the big Marvel announcement that sent everyone into a tis. I’ll admit, I’m a bad fangirl because I totally forgot it was happening so when I woke up and saw that all my social media feeds were going into melt down I was a little confused. Sure there are THOUSANDS of articles that could explain exactly what went down at the big event, but it’s much more fun to try and sift through the mess feelings and capslock to figure out what the fans are saying.

The first thing I found out was that there’s gonna be a Captain Marvel movie – which gave me a heart-attack for a moment until I confirmed that they were talking about Carol Danvers. Naturally everyone was pretty excited about this news (even if the 2018 release date means that DC beats them to the female-superhero-movie-punch with Wonder Woman).

“CARVOL DANVERS IS GETTING A MOVIE.
THIS IS NOT A DRILL.” – fandomsandfeminism 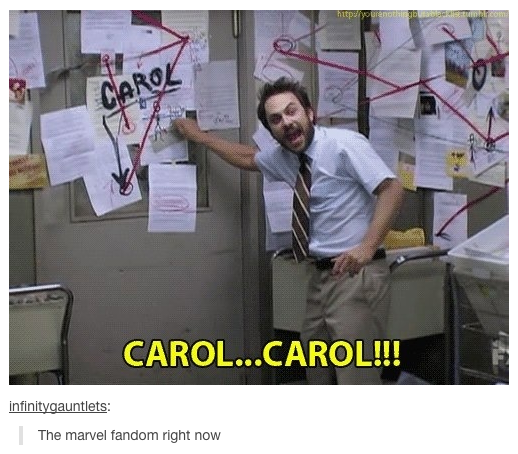 Everyone is excited, I’m excited but no one is more excited than Kelly Sue DeConnick!

That’s right before my birthday. Can you preorder movie tickets…?

After the shock and aw over Carol Danvers getting her own movie became manageable I realised that not everyone was happy because, a Captain Marvel movie is awesome but it would have been cooler if it came in addition to a Black Widow movie. One female lead super hero movie is good, TWO IS BETTER!

BUT WHERE IS MY BLACK WIDOW MOVIE, MARVEL?!? pic.twitter.com/7u2HLrS9Pc

“a moment of silence for black widow” – bobbimorses

“If we can have 400000000 Iron Man movies, but you aren’t going to give us a god damn Black Widow movie?” – fandomsandfeminism

That sucks, and while I understand that there are probably many reasons why a Black Widow movie won’t be happening in Phase 3 it doesn’t really forgive the fact that it should have happened in Phase 2. We should have had a Black Widow movie already and that will never not make me sad. We might not be getting a Black Widow movie but we are getting Black Panther movie! Released at the end of 2017, Black Panther will be the first MCU movie that doesn’t have a white male lead. And with that the long reign of white boys named Chris will come to an end. But with Black Panther they’ve gone one step further than just announcing a release date – they’ve given him a face as as well: Chadwick Boseman.

Congrats to my man #ChadwickBoseman on the exciting #BlackPanther news. Known this cat (no pun intended) a LONG time & proud of his success

“You know what I love? I love that interim period between an unknown (to me, at least) actor being cast in a Marvel film and me actually seeing the film. Right now I look at Chadwick Boseman and I’m all, “He is a very fine specimen of manhood. Much handsome. Very cute. I look forward to seeing his take on T’challa.” But I KNOW that in a couple years time I’ll be driving home from Black Panther screaming, “CHADWIIIIIIIIIIICK OMFG OMFG OMFG NEW FAVOURITE WHY ISN’T HE IN ALL THE THINGS?” — and then I’ll start recognizing pictures of him just by his browline or eyes or something and devour his entire filmography. ‪#‎FANGIRLLIFE‬ ‪#‎GOHARD‬ ‪#‎ORGOHOME‬” – zombres 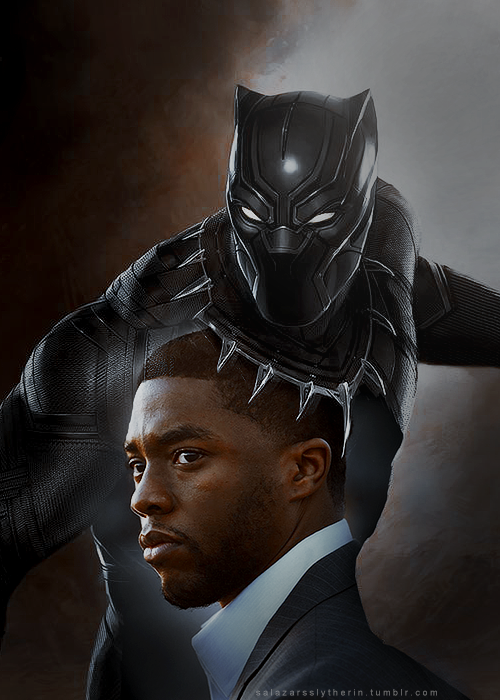 Awesome things happening all around. Chadwick Boseman will make his first appearance as T’Challa in Captain America: Serpent Society… PSYCH, it’s actually Captain America: Civil War, which might be confusing considering there are only like five superheroes in the MCU and most of them aren’t exactly hiding their identity – STEVE ROGERS HAS AN EXHIBIT AT THE SMITHSONIAN! But Kevin Feige insists they have a plan.

“It’s not about the secret identity thing, as much as it is about, overall, who reports to who, and who can agree to oversight committee. Because as of now, in Avengers 2, there is no more security council, there is no SHIELD, obviously. Stark is paying for it, Captain America is running it, and things occur that will make governments begin to question.” – Kevin Feige

It’s not that Civil War is essentially a bad story, or that I don’t think Marvel is capable of pulling it off because once they made Guardians of the Galaxy a success it became pretty clear that they could do anything. It’s just disappointing that they are taking what is probably Steve Rogers last film and making it about a relationship that is pretty superficial. Don’t get me wrong, Steve and Tony’s relationship in the comics is so great – and I guess I have to admit that I have been referred to as a rabid Steve/Tony shipper in the past but in the movies they’ve only met like once. For those you that can’t imagine what the Civil War movie is gonna be like, check this out:

There’s also the fact that Captain America: The Winter Soldier introduced an amazing ensemble cast that a lot of people got REALLY attached to. Bringing Robert Downey Jr in to take over even though Iron Man’s story has already been told, well that’s just not fair. Especially for those that were expecting a proper conclusion to Bucky’s storyline, and the idea of Tony Stark taking time away from Sam Wilson and Natasha Romanoff just doesn’t sit well for me. 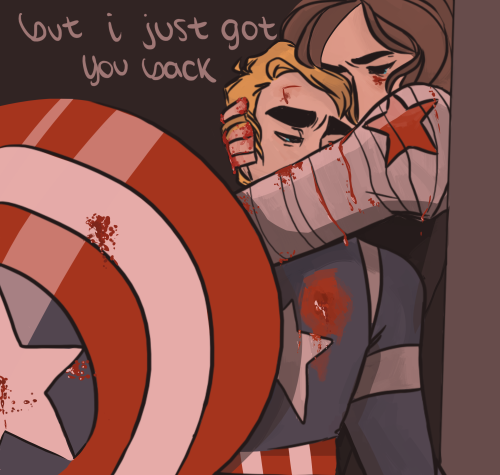 There are still those that are cautiously optimistic though:

“if there’s anyone i trust with civil war, it’s the russos tbh” – winterfuckingsoldier

“what if captain america: civil war is just steve and sam going back in time to the civil war era. they show up at gettysburg and they’re like “we about to fuck up some racists” – kristyskrushers

I don’t even know what do to about this, but I’ve read enough fan fiction to know where it’s going.

And I don’t want to alarm anyone but I’m pretty sure Steve moved Thor’s hammer a little bit in this clip.

So what did you think? Lets us know in the comments.