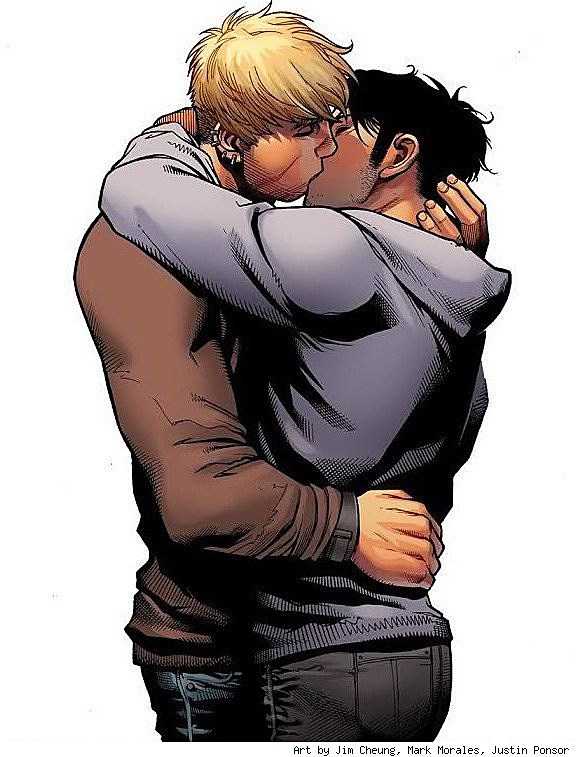 The Brazillian government has cracked down on LGBTQ+ content at the 19th International Book Biennial of Rio de Janeiro, an act presumably sparked by a kiss between the Marvel comic book characters Wiccan and Hulkling. (The original article has been updated at the end)

The incident that sparked the Rio de Janeiro book crackdown is apparently from the 2010 (2012 reprint) comic Avengers: The Children’s Crusade. Since the story was originally published almost a decade ago, Wiccan and Hulkling have become popular LGBTQ+ icons in comic book circles. Tracing down why this is suddenly a huge issue now in 2019 is hard to pin down precisely, largely due to a language barrier and lack of explanation by the government performing the extreme act of censorship. It’s not hard to speculate, however, that this could be part of a wider rightward shift by their government. While I’m not an expert on Brazillian politics, it’s hard to miss headlines about President Bolsonaro or what’s happening to the Amazon.

Though the first attempts to censor the Avengers comic started Wednesday, it really took off this morning when the mayor of Rio de Janeiro sent agents to oversee the book fair and crackdown on the content being sold. The agents were sent “to seal, stamp as inappropriate, and hide books that contain content deemed inappropriate.” This basically amounts to sealing all LGBTQ+ content in bags with a warning label that it’s ‘inappropriate for minors.’

Rio de Janeiro Mayor Marcelo Crivella, who already has a sketchy past in regards to the LGBTQ+ community, has dubbed LGBTQ+ content as a whole as ‘inappropriate for minors.’ despite the fact that the Avengers title that sparked this ordeal only features a simple kiss. Opposite sex kissing is not being treated with the same scrutiny here and it’s very clearly an attempt to censor specifically queer content at the event. It’s not at all subtle, no matter how loudly they proclaim that it’s ‘not censorship’ and just ‘protecting the children.’

The rules they are using to justify the crackdown are articles 78 and 79 of the Children and Teenagers Statutes:

According to Article 78, any publication with content unsuitable for children or teenagers should be sold sealed and marked with a warning, and covers with pornographic or obscene images should be hidden with opaque paper. Article 79 specifies that any publication targeting minors should not contain illustrations, photos, graphics, articles or advertisements of alcoholic drinks, tobacco, weapons, and munitions, and they should respect the ethical and social values of the individual and the family.

Organizers seem to be pushing back against the censorship. In a statement, they said their event “gives a voice to all audiences, without distinction, as a democracy should be. Including, next weekend, the Biennial do Livro will have three panels to discuss Trans and LGBTQA + literature.”

Some comic writers involved in Wiccan and Hulkling stories are taking the incident in stride.

can i add “BANNED IN BRAZIL” to my business cards? pic.twitter.com/hwhcgHbJ5K

The silver lining to this whole thing is that the Avengers book that sparked the crackdown has now entirely sold out at the event. Take that, Mayor Crivella.

So the Avengers TPB that featured a gay kiss in a panel, which the conservative evangelical mayor of Rio de Janeiro ordered to have banned from a book fair, sold out immediately. I almost wish these vile ignorant fascists would target a book of mine just for the sales bump

As funny as this commentary can be at times, it’s still a very scary situation for many Brazillian members of the LGBTQ+ community. While I hope things don’t escalate beyond clearly over the top censorship, I’m not entirely sure the persecution will stop there. I hope it does, but man, the implications of such an action are scary as hell.

The Court of Justice president has made a decision. 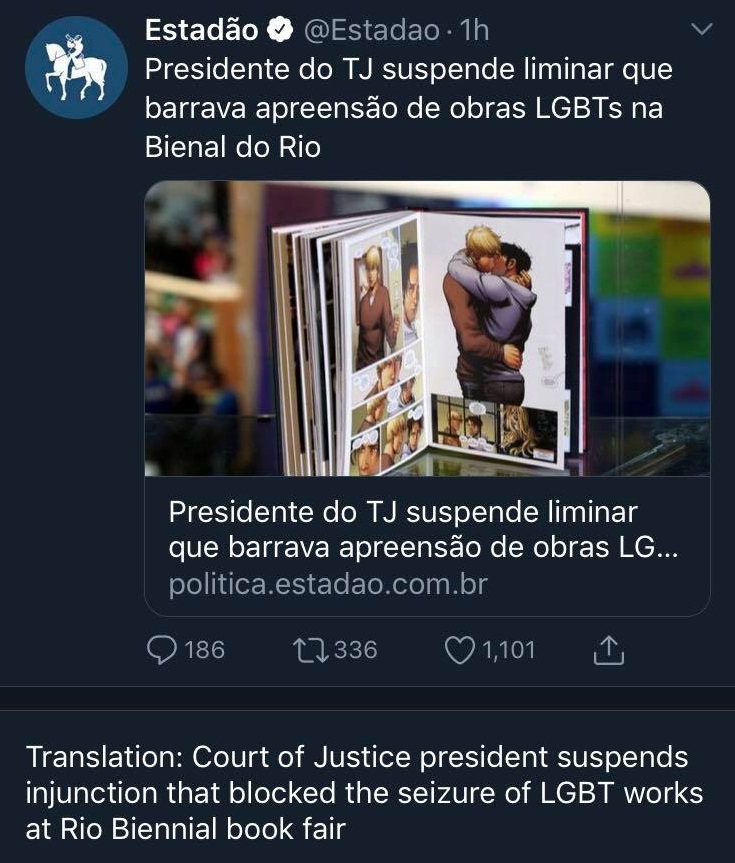 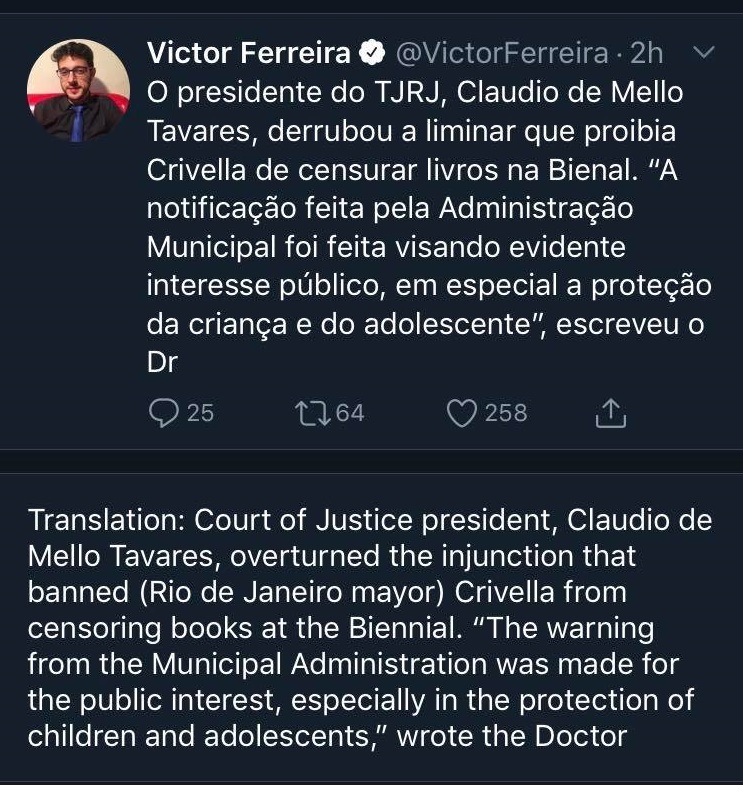