Mary E. Pearson and “Those Pesky Musings” That Led to “Dance of Thieves” 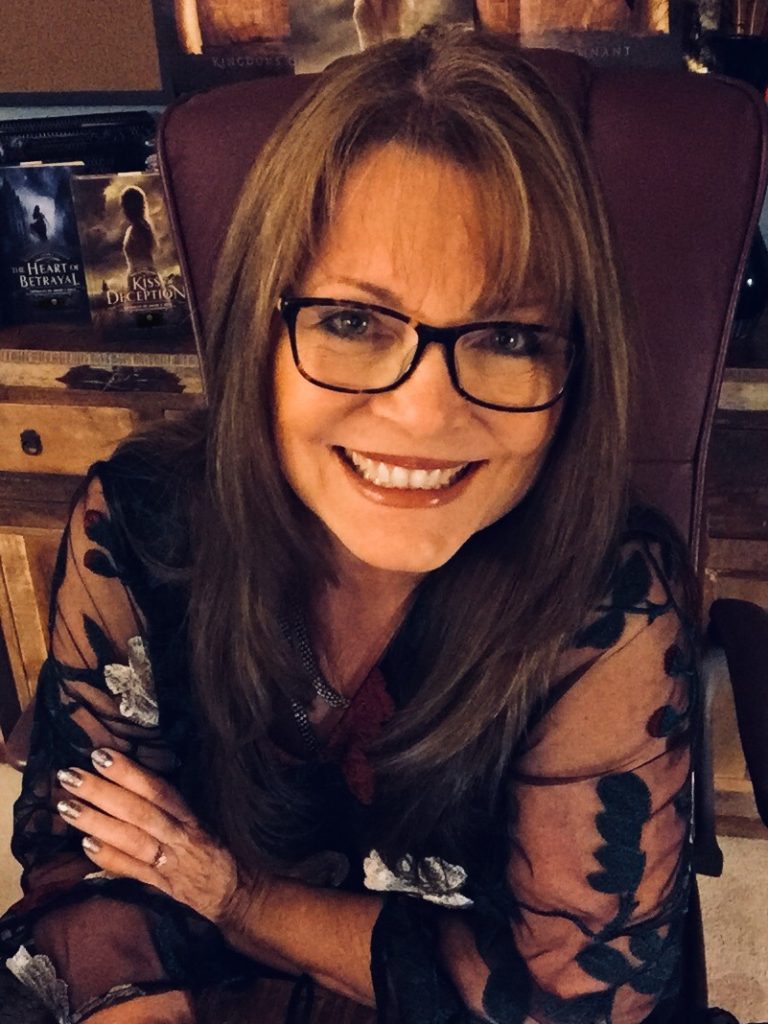 Two years after The Beauty of Darkness, the final book in Mary E Pearson’s best-selling series The Remnant Chronicles, she has returned to the world with Dance of Thieves.

I became a fan of Mary E Pearson and the Remnant Chronicles when I got the chance to speak with her at San Diego Comic-Con a few years ago. We had a lovely chat about The Kiss of Deception (the first book in the series), which I was obsessed with. The Remnant Chronicles is one of my favorite series, so I was beyond ecstatic to see that she was returning to the world with a brand new series.

She was gracious enough to take the time to answer a few of our questions about the new book, which is on sale today.

Reading Dance of Thieves, it was so much like stepping back into the Remnant Chronicles. I didn’t have the time to reread the series, but it honestly felt like I didn’t need to; everything was so familiar. Was this story and these characters something that you thought of while writing the Remnant Chronicles, or did it come to you after?

Different parts of it came to me at different times. Early on while writing the first book, and thinking about the various kingdoms on the continent, I knew that they held secrets too. And secrets are stubborn about simmering in a writer’s head. We have to uncover them! One region in particular, right around Tor’s Watch, I mused about, thinking it held an important insight into the Ancient people who once inhabited this land. Tor’s Watch didn’t have a name then, but this wondering in my head bloomed over time and eventually characters emerged—like Aaron Ballenger, the namesake of the dynasty.

Then, while writing the second book in the trilogy, and researching the many ways orphans survive on the streets—especially in crowded cities like in Venda—I began thinking about another kind of hero, one from a very different walk of life than Lia, a girl who was orphaned at a very young age and had to use her wit and thievery to survive. Eventually from those musings, Kazi was born.

What made you want to keep writing in this world?

Part of it was one of the themes of the series itself—history. How it circles, repeats, holds secrets. That there is always a dragon with a belly ripe with hunger, ready to emerge from its dark den. As Lia said, “the work is never over.” Heroes must rise again and again.

And then there were those pesky musings I mentioned above.

One of the things I love about fictional worlds is learning the history and the culture, both of which were important aspects of the Remnant Chronicles. But in Dance of Thieves, we learn that maybe people have been mistaken about the history of the land. how will that come into play in the rest of the series?

Ha! Trying to trick me into giving it away? But really, no one kingdom has the corner on truth. However, the Ballenger dynasty did meticulously write down their history from the very beginning, so they may have some unique insights to share. Throughout the series I have planted “easter eggs” about the origins of this world. Dance of Thieves and its sequel will offer more. 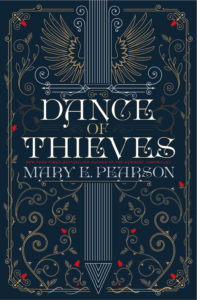 Like the Remnant Chronicles, Dance of Thieves features alternating points of view between Jase and Kazi, who have led very different lives. What was the most challenging part of writing each character?

Since they are both stubborn and distrustful of each other, it was tricky trying to find some common ground where they could talk to each other without explosive anger. And then, once they did find a tiny patch of common ground, it literally was like a dance trying to allow them to grow, while still remaining true to who they were. But honestly, I loved writing about them. I loved all those missteps and stumbles and, well—I don’t want to give too much away—but their scenes evoked a lot of emotion for me, and for a writer that is always good.

What is your favorite aspect of both Jase and Kazi?

This is a tough one because there are a lot of different things I love about them, but one of my favorite things about Jase is that he keeps his promises, even when it rankles him. Which is sometimes amusing. His word means everything. And Kazi, I love her determination. She is a survivor and nothing stops her. Inside a piece of her heart has been ripped away—it’s a wound that will never heal—but she turns that vulnerability into something fearsome.

We see some very familiar characters in Dance of Thieves. Will they continue to play a role in the rest of the series, or will Jase and Kazi be on their own?

We will again see some familiar characters, but I won’t say which ones : )

What are you most excited for readers to discover as they read Dance of Thieves?

I’m excited for them to meet the new cast of characters—and really the familiar ones too so they can see how their lives have changed. But I have to admit, I’ve especially fallen in love with the unexpected heroes, Jase and Kazi, both their flaws and fears, and their strength and badassery, and I hope readers do too.

What, if anything, can you tease about the next book?

I am working on it still, so nothing is written in stone yet, but I guarantee that early on, there will be heartache.

I’d like to thank Mary again for taking the time to answer our questions, even though she remained frustratingly tight-lipped! Dance of Thieves is on sale today, and I highly recommend it. (You should also check out the Remnant Chronicles, if you haven’t already!)

Be sure to check out my review of Dance of Thieves.