Mockingjay Part 2: Best Film of the Franchise, Real or Not Real? 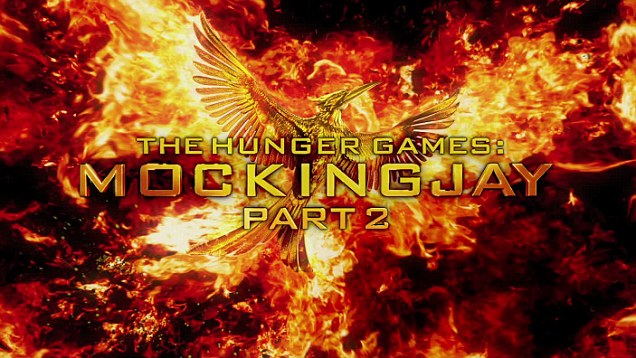 When I was in college I told myself that I didn’t have time to get attached to any more series after Harry Potter. Naturally, though, I was lying to myself…and The Hunger Games quickly became one of my favorite film and book franchises. When I heard that they were splitting the Mockingjay movie into two parts, I was wary, but this most recent film proved that my fears were completely displaced. 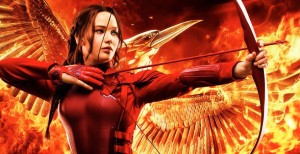 Mockingjay Part 2 takes flight shortly after Mockingjay Part 1 ended; Katniss struggles to breathe as her neck brace is removed by a doctor, forcing out her mantra in a scratchy voice. “My name is Katniss Everdeen. I am from District Twelve.”

Panem is exhausted and war torn; at the Nut in District 2, we meet Commander Lyme, played by Gwendoline Christie. Despite the awkward accent, I don’t think there’s a soul better suited for this role. A moment between Katniss and one of the civilians turns deadly as Katniss is shot, a part that I thought for sure the director would leave out. Johanna and Katniss’ relationship is developed more and we watch Prim timidly come into her own as a doctor-in-training in District 13. We follow Star Squad 451 into the Capitol while the rebels plan to lay siege and take the Capitol and overthrow President Snow. The entire time, Katniss fights within herself to come to terms with her feelings for Peeta and Gale, and to accept her fate as another pawn in the “76th Annual Hunger Games”. 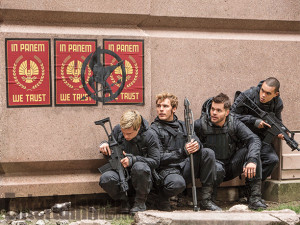 To nobody’s surprise, Jennifer Lawrence was a masterpiece. Although Jen is well into her twenties, she pulls off the wounded teenager very well. When Katniss made it her mission to assassinate Snow, it was immediately my mission, too. She made me care so much about Katniss and was able to convey everything inside the character’s mind through her eyes and through even the smallest twitch of her mouth. Josh as Peeta has always been a personal favorite, but will someone please give the man an Oscar?! His performance was inspiring as the gentle Peeta struggling with maintaining his sanity after being hijacked by the Capitol. Additionally, Julianne Moore was stellar as the vaguely sinister President Coin.

There were a few awkward moments that involved Plutarch Heavensbee, played by the late Philip Seymour Hoffman, who passed away shortly after filming for Mockingjay Part 1 ended. At the end of the film, Katniss’ pardon is issued in a letter by Heavensbee, read by Haymitch. It seemed a hasty ending to the character, but the filmmakers were still able to place him in the film despite Hoffman’s [unfortunate and sadly unplanned] absence.

In the books, a series of very brutal deaths are described in detail during the siege of the Capitol. The film, which had to maintain a PG-13 rating, managed to show those deaths and show the violence without it being gory or gratuitous. The scene I most dreaded with the reptilian mutts in the Capitol sewers dragged the tension to the point that I was curled up in a ball on my seat with my hands over my ears. The entire scene was handled with flawless execution and left me completely breathless and at the edge of my seat (literally).  Finnick receives a befitting heroic death sequence as he battles mutt after mutt before they overwhelm him and Katniss obliterates them – and Finnick, thankfully – with the holo. 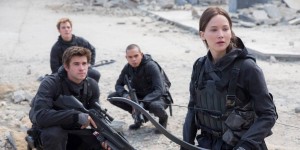 Although I understand where the creative team was steering the relationship between Gale and Katniss, the forced scenes between them became nearly unbearable. Gale spends most of the movie with his proverbial tail between his legs, following after Katniss with wounded expressions while she rejects him time and time again. I will say that the Gale from the books is developed much more in this film. We get a glimpse into the angry, revenge-bent Hawthorne son who is willing to kill anyone to achieve an end to the war. At the end of the film, when Katniss finds out that it’s Gale’s bomb that kills her sister, there’s a silent, whimpery staring match. Gale leaves the room and we don’t see him again.

I’m an emotional person and I cry at almost every movie I see. I brought tissues with me and they were soaked by the time the credits rolled. If you go and see this movie, and if you’re sentimental, I recommend tucking a few Kleenexes into your pocket on your way out the door because there are more than enough scenes that might make you cry.

As with most book readers, I had an exact image in my mind of what the world of Panem looked like. Several times in the movie I had to pinch myself to make sure I was watching the film and not just making it up in my head. Almost to the last detail, the last light bulb in the chandeliers in the luxurious Capitol homes, the film seemed to be splashed right onto the screen directly from the books.

The movie skips the tedious narrative of Katniss’ trial and pardon by reason of insanity and arrives directly at Katniss numbly leaving the Capitol with Haymitch. Effie and Haymitch part ways with a sweet goodbye. Katniss’ depression and PTSD is handled delicately, with only a couple of scenes presented to allow us to understand her isolation and grief over the death of Prim at the hands of Coin. 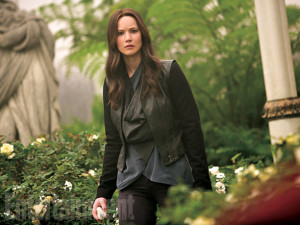 One of my few complaints is that the film doesn’t give the viewer a good sense of time throughout, aside from wounds healing and hair growing back. After the explosion at the Presidential mansion, Katniss is set on fire from the blast. Not three scenes later, her hair is perfect and her skin is flawless. Other characters seem to experience the same magical transformations.

The one thing that the movies did that the books didn’t was tie up the series in a nice, compact little package with a decent, happy bow. Through a series of scenes, we watch Katniss and Peeta grow back together tenderly, with Haymitch as their drunken guardian angel. Commander Paylor of District 8 is elected as President of the new Panem. The epilogue is stilted but the moments with the children are tender and I enjoyed watching Peeta and the little boy interact. Katniss holds her newborn child, smiling into the sunset, and the film ends with a close fade on her face.

Although I had a couple of problems with the movie that were petty, is Mockingjay Part 2 the best film of the franchise? Real or not real?