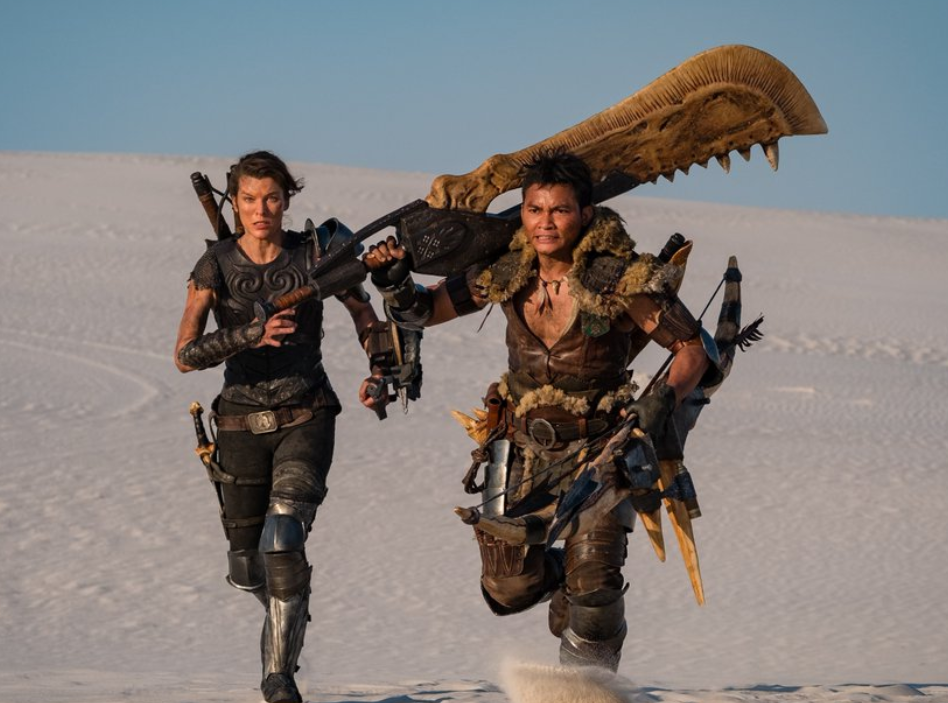 We all know live-action video game adaptations don’t always work on the big screen. But you know what? As long as a franchise has Milla Jovovich in it, I will continue watching. Check her out in the first look for Monster Hunter released by Sony.

I am not saying the live-action Resident Evil franchise is good. But if Jovovich and her husband Paul W.S. Anderson had decided to continue releasing new installments, I would have bought a ticket to each new outing filled with mediocre writing and high levels of enjoyment!

I just like Jovovich as an action star on the big screen. Not a lot of Hollywood talent can boast about being capable of running entire film franchises on their own. Jovovich is able to, and she deserves the credit.

While no new Jovovich-led Resident Evil film is currently in the works, we will get to see her lead the Monster Hunter series soon enough. The upcoming film is based on Capcom’s Monster Hunter game franchise.

Similar to her role in Resident Evil, Jovovich will be playing an original character named Natalie Artemis. In an interview with IGN, director Paul W.S. Anderson explained how his wife’s character is a nod to how armor and weapons can be customized. Furthermore, Artemis will act as someone the audience can project themselves into.

The first look, which does come across as an image that could belong to the Resident Evil franchise (I love it!), has Jovovich’s Artemis running alongside The Hunter (Tony Jaa) who is carrying a game-appropriate huge sword. His weapon is called the Jawblade, if you want specifics.

Behind our world, there is another: a world of dangerous and powerful monsters that rule their domain with deadly ferocity. When Lt. Artemis (Milla Jovovich) and her loyal soldiers are transported from our world to the new world, the unflappable lieutenant receives the shock of her life.

In her desperate battle for survival against enormous enemies with incredible powers and unstoppable, revolting attacks, Artemis will team up with a mysterious man who has found a way to fight back.

Monster Hunter is supposed to be released sometime in 2020 by Sony. However, fingers crossed we get to see it earlier.

Until then, fans can enjoy Jovovich’s work as Nimue, The Blood Queen in the Hellboy reboot which is set for an April 12, 2019 release by Lionsgate.

Jovovich is doing great and I am here for it!