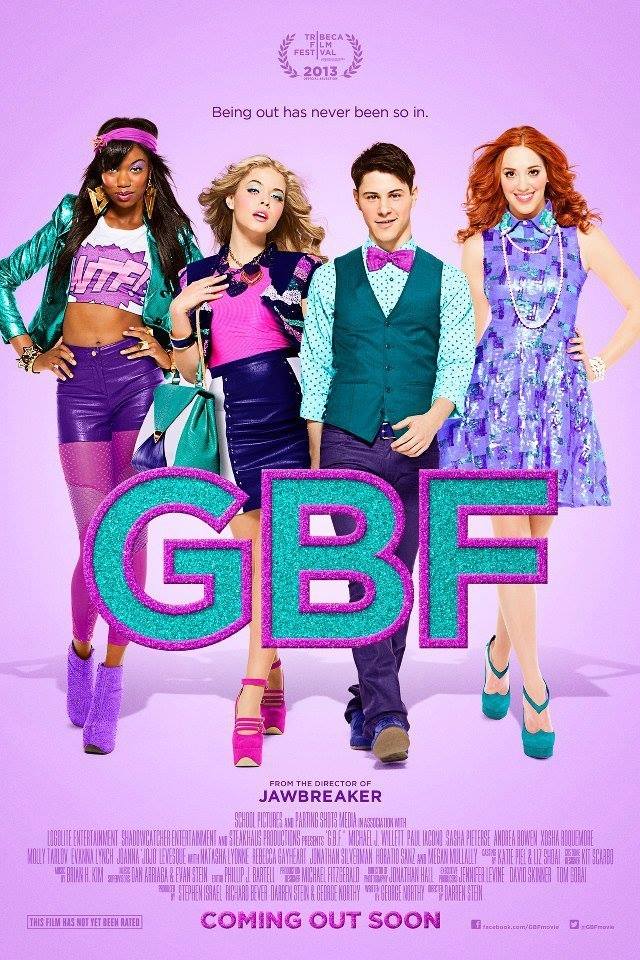 There aren’t a lot of coming of age movies that grab my attention. The one’s I remember is Mean Girls, and The Perks of Being a Wallflower (which I saw…because Emma Watson!). However, G.B.F or ‘Gay Best Friend’ is a film I recently watched and it took me by surprise. It captured what being a gay teen is about. With snappy dialogue, layered characters, and a great script, it was more than just another gay movie.

GBF is about Tanner (Michael J. Willett) who is a closeted gay teenager attending North Gateway High school. Only his closest friends, Brent (Paul Iacono), who’s also gay and closeted, Glenn, and Sophie know about his sexuality. One day Brent reads about how the Gay Best Friend or G.B.F is the new accessory and decides to come out in order to gain popularity amongst the school’s three queen bees. However, things don’t go as planned when Tanner ends up being outed and becomes the focus of attention.

The best thing about this film is the characters. Yes, the queen bees (or the three warlords) are bitchy and mean, etc. but the film showed them as people and I found myself understanding why they acted the way they did. There’s Fawcett, played by Sasha Pieterse (Pretty Little Liars), who is the mean and famous blonde of the school. There’s Ashley or ‘Shley played by Andrea Bowen (Desperate Housewives) who is a Mormon, and then there’s Caprice played by the stunning Zosha Roquemore (The Mindy Project) who is loves theatre. As the story progressed I saw Fawcett getting rid of her insecurities and being a good friend to Tanner. ‘Shley, who befriended Tanner in order to turn him straight, understood how people can be different, and Caprice, who aimed to be the first black prom Queen, lets go of her selfish nature. The fact the film focused on all the characters involved should give you an idea regarding how well-thought and amazingly written it is.

The actors really bring their all. I was surprised to see JoJo in the film, and I enjoyed what she did with her character Soledad. Evanna Lynch (Harry Potter) was amazing as McKenzie Price, a Mormon who does everything to stop Tanner from living his life. Megan Mullay (Will & Grace) brought her own brand of quirky humor as Mrs. Van Camp, Brent’s mother. The scene where she makes her son watch Brokeback Mountain with her was hilarious and awkward. 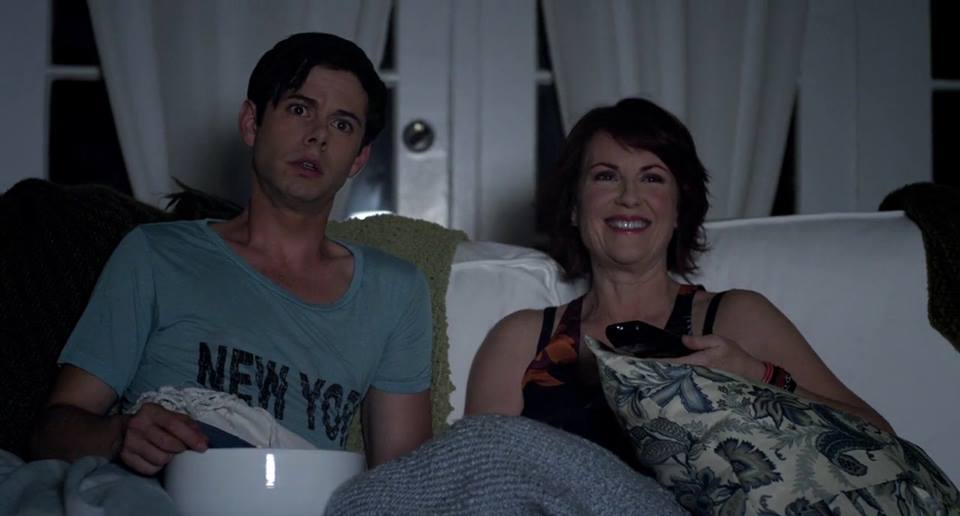 There were a lot of messages in the film. It talked about how sexuality isn’t the only thing that defines a person. It talked about religion. It talked about how everyone should have equal rights. I also liked how the film handled the stereotypes. I enjoyed seeing Tanner’s journey. Yes, being gay is a part of him, but it isn’t his only defining characteristic. It doesn’t mean that he has to suddenly become flamboyant and wave the Pride flag everywhere or that he can’t remain friends with a gay guy. I personally know people who think two gay guys can never remain friends. Why do people think that? I think it’s the same for straight people too. Two gay guys can remain friends, the same way a straight girl and a straight boy are capable of having a platonic relationship. I believe that TV shows and other media have sexualized everything and that’s what causes some people to think like that. I immensely enjoyed the movie because it threw the stereotypes out the window. 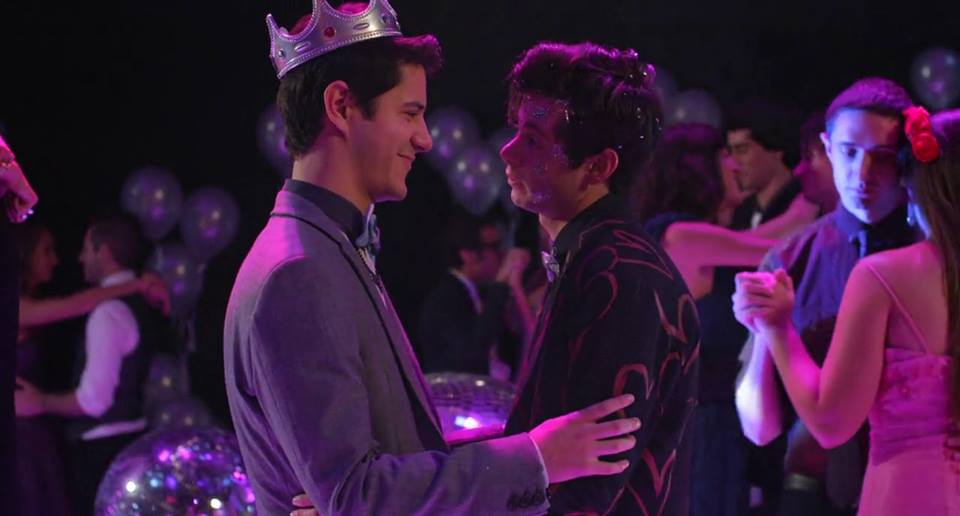 The film received an R rating from the MPAA because of “sexual references”. However, it’s a teen movie, and there’s no nudity, violence, or even an F-bomb in it. The director Darren Stein (Jawbreaker) was vocal about the decision. Like him I too hope we soon enter a world where movies such as this don’t get rated R just because they are gay themed.

If you enjoy watching coming of age movies, or you are a fan of Mean Girls, or want a modern and relatable take on what it’s like to be gay in current times, then G.B.F is for you. It made its DVD debut in the US on February 11th, 2014.

Have you already watched G.B.F? Please share your thoughts in the comments section below!