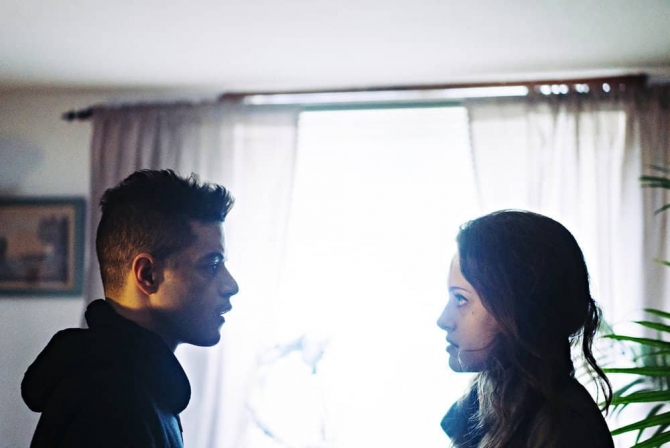 If ‘legacy.so‘ was shipper paradise, ‘metadata.par2’ was absolute shipper hell.  Someone save me from this pain!

As with last week’s episode, a lot of the discussion regarding ‘metadata.par2’ is going to revolve around Tyrelliot.  If shipping talk annoys you, this review isn’t for you.  But if you dig that kind of discussion, read on because I’m having hella feels.

Tyrell straight up told Mr Robot that he “loved” him in past tense.  Which seems to imply that he no longer feels this way.  Even more interesting still is how he continues to call him Elliot and seems resistant to acknowledge that Mr Robot is behind the wheel at all.  He’s incredibly broken over the revelation about Elliot’s condition and doesn’t seem to know what to do about it.  A bit of the old confident Tyrell does show up when he asserts that the project should be his now, but for some reason I have a hard time buying that that assertiveness wasn’t just a front for a broken heart.  That boy needs a hug, dammit.

Worse yet, Tyrell still doesn’t know that his wife is dead.  He’s making plans to escape with her to the Ukraine after Stage 2 is complete, and nobody wants to tell him that that isn’t going to happen.  I can understand why they are hesitant.  He’s incredibly edgy right now and that knowledge could potentially shatter his already fragile grasp on things.  And then there’s the matter of his son.  Where is his son?  After his wife was shot, this was never addressed at all.  What the heck.

Elliot waking up in the middle of Mr Robot’s scheming was a potentially catastrophic blow to Stage 2.  While Angela seems confident that he won’t remember those few seconds, I have no doubt that he will.  He’ll know that Angela has been working with Tyrell at the very least, if not the entire Dark Army.  Angela has always been a safe person for him and my heart breaks that he’s going to lose that.  He needs to know the truth, though. 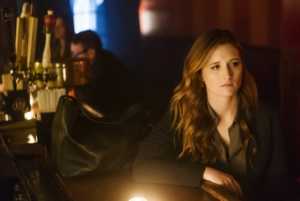 A large part of ‘metadata.par2’ focused on Darlene and her dealings with the FBI.  Darlene learns that Agent DiPierro is a lesbian and a small part of me fears that now that they’ve introduced another queer character, they’re going to push Tyrell out somehow.  But hey, that’s just the paranoid queer TV viewer in me.  Hopefully I’m way off. Let’s hope I’m way off, okay? This show has hurt me enough by tearing Tyrell’s heart to shreds. Let’s let the boy live at least.

‘metadata.par2’ didn’t have me as thrilled as last week’s episode, but it still gave me a lot to think about.  Mostly sad thoughts, really. And paranoid thoughts.  But ‘sad’ and ‘paranoid’ is kind of par for the course for Mr Robot so that’s fine.  I should have expected this.