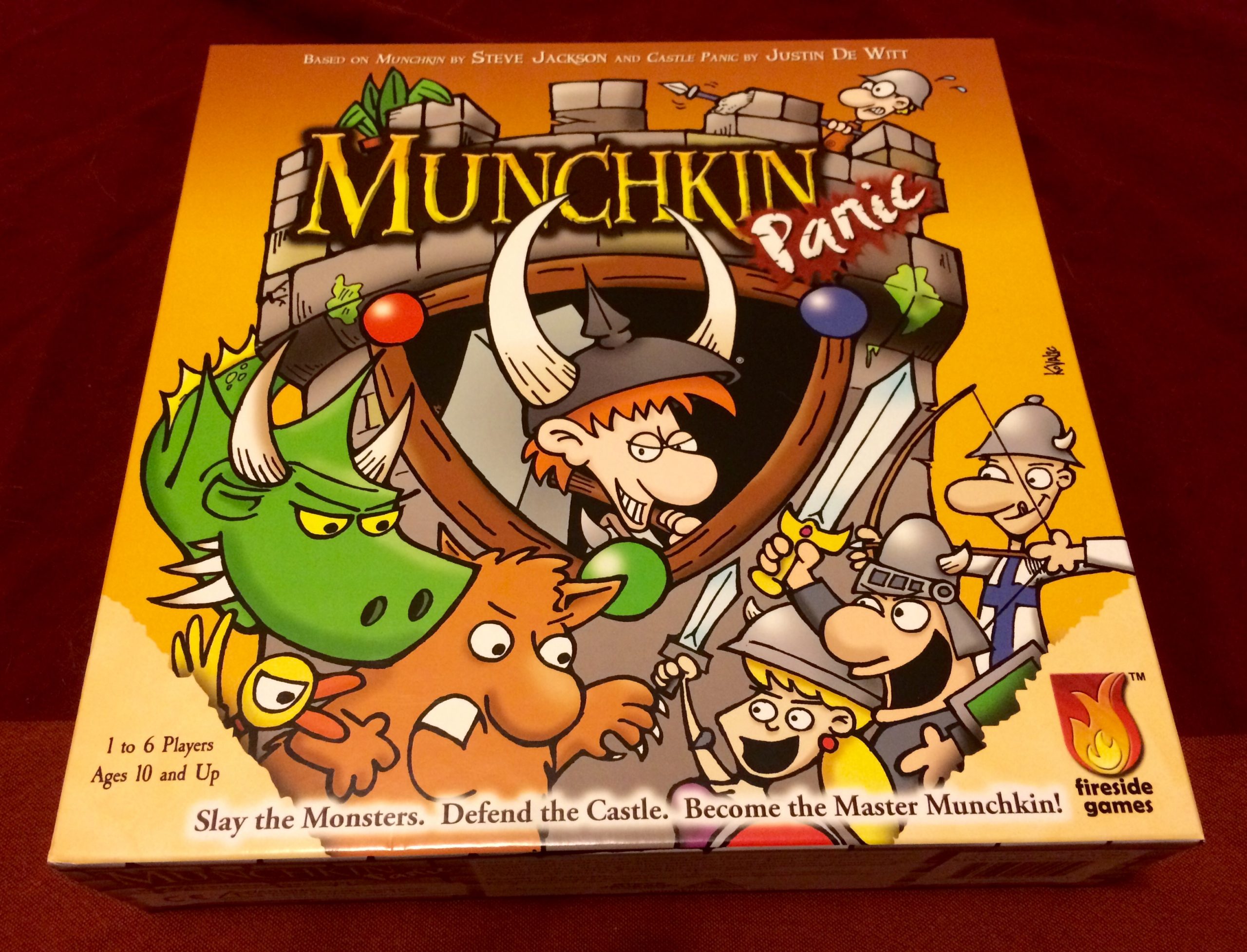 In recent months, several of my friends have extolled the virtues of Munchkin, but I hadn’t yet had time to play it. Even though I’d never even heard of Castle Panic, when I was offered a copy of Munchkin Panic I couldn’t turn it down.

The premise of Munchkin Panic sounded interesting based on what I knew of Munchkin alone. Needless to say, I wasn’t disappointed! 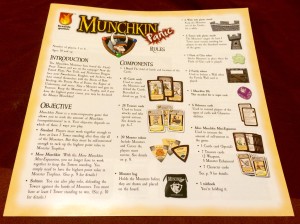 If you really like the competitive part of Munchkin, the base version of Munchkin Panic may not be for you, because it basically forces you to be cooperative. I learned that the hard way my first time playing through it, as myself and the other player were working separately and a bunch of monsters got into the castle. Come to find out, that’s really, really bad – once they’re in the castle, they’re next to impossible to kill, and they just keep moving around and taking out walls and towers. Oops. It was somehow frustrating and funny at the same time, and we immediately started a new game and changed our strategy to fit this hybrid. At times players are forced to give one another “charity” (when one has too many treasure cards), and the game creators also suggest bargaining for help – and not just for in-game items, which can make playing this quite amusing, whether it’s with five or six people or just two. 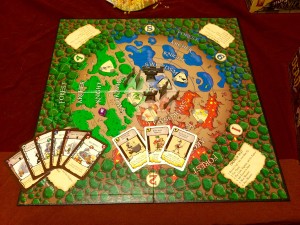 The fact that this game can be fun with as few as two players, as well as there being different variants in the rules *and* a little expansion pack included, makes it a game that can be played again and again and still be enjoyable. Additionally, after reading up a bit on the expansion, it seems that it makes Munchkin Panic more competitive and less cooperative, because you don’t need to have any castles standing in order to win – which is nice for those who, as I mentioned, really love the competitive aspect of the original Munchkin game.

Because Munchkin Panic is a hybrid there are a lot of things going on, which means it can be a bit difficult to pick up at first…but once you have the hang of it, it’s very easy to understand. That, and the names of the “monsters” (Net Troll, Insurance Salesman, Maul Rat) and “treasures” (Boots of Butt-Kicking, Cotion of Ponfusion, Pointy Hat of Power) are worth a few chuckles. Munchkin Panic is definitely a fun addition to any tabletop game collection!