‘A Crown of Candy’ Is Getting INTENSE 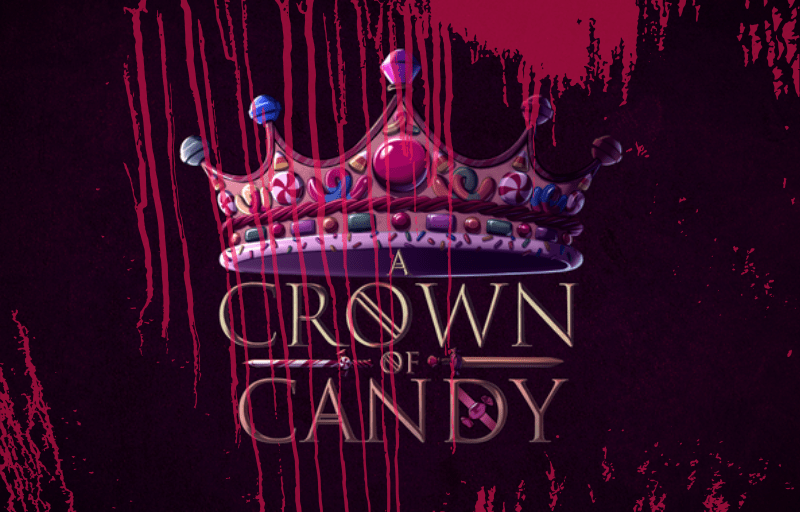 We already knew that A Crown of Candy was going to be deadly. You can’t name a season after a show with a named hero death count like Game of Thrones’ and not expect a few bodies along the way- but wow, was I not ready for last week’s episode, ‘Chaos at the Cathedral’. Anyone else a little scared to watch tonight?

There are major spoilers for Dimension 20: A Crown of Candy here. You’ve been warned!

When I first learned that this season was going to be- well, let’s not say “based on” Game of Thrones, because even though DROPOUT is a smaller outlet than HBO they are miles ahead in diversity and quality writing. Let’s say A Crown of Candy is “very similar to Game of Thrones but definitely different enough not to count as copyright infringement”.

Has a nice ring to it.

Anyway, when I first heard about it, I had some concerns. I wasn’t the biggest fan of Game of Thrones. A few character deaths can really make the danger in an episode feel real, but when every character is basically guaranteed to die an ignominious death after watching everything they love be corrupted there’s just no fun in watching.

I need to have someone to root for to care about a show, you know?

Learning that every player at the table had 2 or 3 backup characters made me worried I wasn’t going to feel the same connection I did with past characters. How brutal was this going to get? They’re all food- was someone going to be eaten?

I started watching A Crown of Candy anyway, because as you may have noticed I’m thirsty for DROPOUT in general and Dimension 20 in particular. I have a lot of faith in the outlet and in Brennan Lee Mulligan as a Dungeon Master. Worst case scenario I stop watching, right?

I was hooked pretty quickly, just like my fellow Geekiary writer Michaela when she did the sneak peek.  The first few episodes were just that good. Sure, there was danger, and I was 99% sure King Amethar was going to die (for real) four or five times. I started to relax a tiny bit. When Zac Oyama’s Chancellor Lapin Cadbury had his absolutely epic interrogation in “The Grand Tournament”, I let myself bond just a little with some characters. 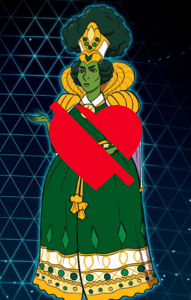 Of course, things immediately took a turn for the worse.

I almost rage quit the entire season at the end of “Lapin’s Big Day”. I felt the characters had been railroaded pretty heavily at the end into an unsatisfying situation. (For the non-gamers, that’s when the DM shoves the characters into a specific situation without a lot of choice.)

I felt like the last 15-20 minutes of the episode were players trying to use Very Important Information they’d just been handed and being shut down hard by Brennan so he could force the Excommunication of Candia.

Railroading is my number one pet peeve in a tabletop game. It’s not Brennan’s style, either, which just made me madder. I very nearly didn’t watch “Chaos in the Cathedral” because I was so disappointed.

After some reflection and a lot of ranting (I got in the comments hard on this one), I decided to give the show another shot. No one’s perfect, and if Brennan Lee Mulligan occasionally makes a misstep when trying to steer a chaotic actual play show into its 2-hour time block, maybe I can remember his overall quality as a DM and cut him some slack.

“Chaos in the Cathedral” restored much of my enjoyment. There was no railroading in sight- in fact, a few times I felt Brennan was very easy on the characters as they made a lot of impetuous mistakes.

Do I think they overreacted out of frustration at having been railroaded into the situation? Yes, especially as they film these episodes over a few days and the sting was probably still fresh. Still, they rushed right into combat without taking time to consider options.

Of course, there were consequences. The Candians managed to escape the Pontifex’s kangaroo court, but they left two of their number behind. I still cry when I remember the Sugar Plum Fairy calling Lapin home. (If you don’t think that ridiculous sentence could be sad, you 100% need A Crown of Candy in your life because it was a deeply emotional moment). 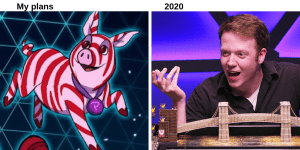 One quibble: is anyone else super mad that Peppermint Preston was left behind to die off-screen? I was holding out hope that he’d make it, but in Adventuring Party, the YouTube aftershow, Brennan was pretty clear that tiny pig is no more. He’s also mentioned that Liam can’t bring him back as would normally be possible with the D&D rules.

Anyway. The last couple of episodes hit so hard I’m changing our whole coverage strategy for A Crown of Candy to keep a closer eye on it. From now to the end of the season we’re going to do episode reviews instead of our previous plan of “show recommendation, then a recap article”.

So, check back with us Thursday mornings for a look back at the madness that happened in the most recent episode!

Are you behind on A Crown of Candy? There isn’t time to catch up before tonight’s episode (live on YouTube at 7 pm EDT), but you can catch up on DROPOUT and be ready for next week!