HBO, Please Have A Writer’s Room For ‘House of the Dragon’ 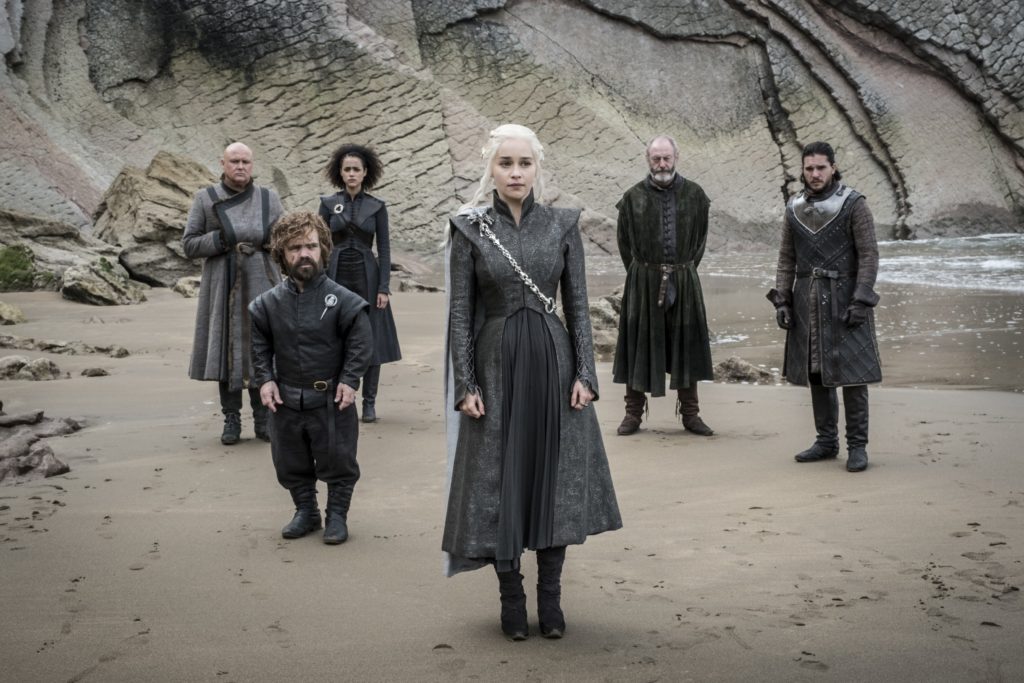 By now we’ve all heard that HBO is going to roll out a new Game of Thrones spin off called House of the Dragon.  This has the potential to be a great show, but they should avoid previous mistakes by ensuring that they have a diverse writer’s room.

HBO, I want to talk to you for a second.  You did a great thing by giving Game of Thrones a chance.  The sets, the costumes, the directing, the music, and the acting were all top notch.  The source material was interesting and I’m forever grateful to that we got to see it come to life.  But by now you must have realized that David Benioff and D.B Weiss bungled the writing.  They admitted they had no idea what they were doing, couldn’t believe that they’d been trusted with George RR Martin’s life work due to their lack of experience, and didn’t bother to have a writer’s room.

Don’t make this same mistake twice, HBO.  Make having a writer’s room a requirement for House of the Dragon.  And make it a diverse one.  Hire women and POC to be in that room.  Broaden the perspectives that contribute to this show and you’ll avoid a lot of of the pitfalls that came from having Benioff and Weiss working alone without input from others.

Based on the tweets that came out of the Austin Film Festival from @ForArya, it seems like you let them control the entire writing process, despite not having any experience actually writing for serial television before.  The show runner Ryan Condal does have this experience, it seems, so perhaps he’ll be ready to work within a traditional writer’s room setting.  Miguel Sapochnik does not, but he’s directed some of the best episodes of many serialized dramas, so perhaps he’ll be open to a more traditional approach to running a show.

But don’t just hand them the keys to this car and let them drive off into the sunset with it like you did with Benioff and Weiss.  It was a disaster.  You’ve got to realize that now, HBO. We see it.

A diverse writer’s room is incredibly important for creating quality shows, allowing them to have a broader perspective on issues that a single writer may not see fully from their privileged point of view.  This excerpt from Film Daily explains why:

[Data Scientist Matt Daniels] went on to muse that this might not necessarily relate to overt sexism, but that “these people were just writing about themselves.” This issue translates with regards to how women are represented on screen and how their stories are told. Perhaps no one has made this quite so clear as indie producer Ross Putman, who launched the Twitter account @femscriptintros in 2016 to share some of the most offensive introductions for female characters that he has read in movie scripts over the years.

The book the new HBO series is based off of has a lot of women on its pages, so having that voice present in the writer’s room will be particularly useful on this project.  At any given point in the Targaryen dynasty, there were badass women who deserve to be portrayed on screen with dignity and care given to their stories.  Perhaps if Benioff and Weiss had a women present, the Sansa assault scene would have been played differently.

I’m not saying that women can’t also be insensitive to these issues, nor am I saying that men can’t understand nuance when writing sexual assault, but it would have added another set of eyes to the situation.  This new perspective may have realized that framing it around the male characters was perhaps a bad decision.  It’d have had a chance to look at it from a fresh angle that these two simply did not have.

Fire & Blood doesn’t have many POC on its pages to begin with, but this is also a voice that should be included in the writer’s room (perhaps exactly because it’s an overlooked element).  For the few it does have, or for any additional characters that they choose to add as they flesh out the world, this perspective would be invaluable.  It was only after reading criticism from POC online that I reflected on the fate of Missandei and realized how insensitive it was.  A WOC, freed from slavery, dying in chains once more.  Even I as a viewer benefited from their perspective, so having them present in the writer’s room would no doubt be a huge boon to the series.

George RR Martin will have a hand in this new series, too.  His work is incredible, but it too is not without its problems.  As mentioned above, there’s a  lack of POC in the source material, and sexual assault isn’t exactly handled terribly delicately there either.  But the careless translation of a lot of these issues, how it’s chosen to be depicted, and the editorial changes (see: the way the Mhysa scene was portrayed) just amplified the problems of the books and, in many ways, made them way worse.

Perhaps diverse voices could help improve upon the source material as it’s translated to the screen.  Perhaps this big, messy, problematic world that so many fans have become so enraptured by can be just a bit more graceful with how it chooses to tackle these difficult elements.  They don’t even have to be eliminated from the series, as most of us understand how messy and problematic this world is (and we choose to engage with it anyway), but the issue is with how it’s handled.

Most of what was good about Game of Thrones functioned as part of a collective group working to bring something incredible to the screen.  There were stand out solo talents who earned recognition for their work (Ramin Djawadi and Michelle Clapton, to name of few), but no one truly works alone on such a large projects… except for Benioff and Weiss, apparently.  They handed the scripts back and forth to each other – not even bothering to be in the same room themselves – and rarely had others take the helm of a script, let alone sit down with them and work out potential problems.

HBO, I love you.  I love the chances you take and the high quality of work that comes from your company.  But please learn from this mistake.  Don’t just pass the guys the keys to the car without making sure there’s some reliable co-drivers present with them to yell at them when they are about to slam headfirst into a deer on the road.