Season Seven was incredibly exciting, lightening fast, and unintentionally hilarious.  Or maybe the comedy was intended? This is a dark show after all.  We needed a break from the dread.

Warning: This article contains spoilers for Season Seven of Game of Thrones. Proceed with caution.

My only major complaint was the pacing of Season Seven.  Timing didn’t seem to be realistic in any part of the show whatsoever.  The most notable example is when Jon Snow and his team are trapped surrounded by the Army of the Dead north of the wall.  Somehow Gendry runs back to the wall, gets a raven sent to Dragonstone, and then Daenerys has the time to fly up north of the wall and rescue them.  This all happens in about, what, a day and a half at most?  This just doesn’t jive.  People estimated that it takes a raven about 50 hours to get to King’s Landing from the wall, and Dragonstone is only slightly closer.

Other smaller examples include the back and forth trips between the wall and Dragonstone by Jon several times during the short seven episode season.  Even by boat, this journey would take several days if not weeks.  We know that traveling the King’s Road between King’s Landing and Winterfell takes many weeks. That’s about the same distance as Dragonstone is from the Wall, but somehow Jon zips back and forth between the two repeatedly.  It’s weird.

Other than the travel issues in season seven, it was actually an incredibly good season.  Daenerys is finally in Westeros.  The Stark siblings are reuniting (let’s ignore the Stark sister feud, which I complained about in my season six retrospective). The Army of the Dead has finally reached – then subsequently broke through – the wall.  Stuff is actually happening.

All of this plot development wasn’t without tragedy, however.  We lost Thoros of Myr and Viserion was turned into a Wight.  I suppose this is a rather low body count considering that it’s Game of Thrones, but it was still painful to watch.  Which I guess leads to my next point, the unintended-or possibly intended comedy of the season that broke up the dread. 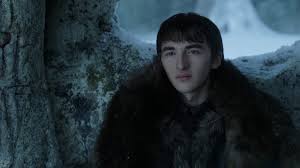 What the hell was up with Bran?  He had conversations with both Sansa and Sam that was essentially “I’m the Three Eyed Raven” followed by “I don’t know what that means.”  His entire personality during the season was someone who is taking themselves way too seriously and has no concept of social norms.  But

I guess that’s what ‘being the Three Eyed Raven’ means? That you become some weird other worldly thing that’s hardly even human anymore? But if we are suppose to take this role seriously in the narrative, having the other characters react so hilariously confused doesn’t exactly have the desired effect.

Meera Reed calling him out for the whole ordeal north of the Wall was also rather cathartic.  I have issues with Bran, not just because his interactions have become accidentally (?) hilarious, but because of the high body count left in his wake during his mission.  The death of Hodor was especially egregious, but now I’m just rehashing my issues from last season.  That’s enough of that. 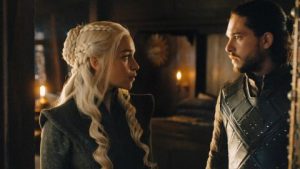 Speaking of unintentionally hilarious (and also incredibly awkward) moments, the conclusion of season seven goes straight from Bran confirming that Jon and Daenerys are related (which we essentially learned the season prior, but somehow it still went over people’s heads), to a shot of them getting intimate.  Like, okay.

Many of the characters in the show that have participated in incest have either been antagonists (the Lannisters and Crastor) or long since dead (the Targaryens).  But here we have it being unashamedly set up as the protagonists end game.  Not entirely sure how I feel about it.  If they weren’t related, I’d be all over this ship.  But I just can’t, you guys.  I just can’t.

There were multiple cuts during season seven that were sort of awkward for Daenerys.  Prior to burning the Tarly’s, she says she’s not there to kill people.  Then she kills them.  Editing was just not kind to her this season and made much of her plot sort of awkward.  On top of all the Dragonstone travel distance issues, I feel like the editors really had it out for her this season, They’ve done ya dirty, Daenerys.  I’m sorry. 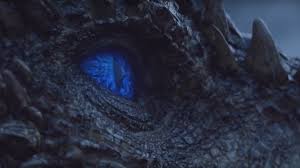 The death and resurrection for Viserion was well done, however,  It was one of the most heart wrenching scenes on the show.  These are her babies that we’ve followed from their hatching back in season one.  We watched them grow and learn.  So to see one get speared out of the sky, plummet to their bloody death, and submerge beneath the ice was almost too much to bear.  THEN to see the Night King take control of her baby?  Too much.  My heart is broken.

A small part of me does look forward to the inevitable areal battle with Daenerys on Drogon, Jon on Rhaegal, and the Night King on Viserion.  Do I have any spoilers that this will for sure happen in season eight? No.  But things have been set up far too nicely for this to not happen.  Then again, Clegane Bowl has been set up nicely as well and I’m not entirely sure that’s going to happen.  I would say they each have strong probabilities of happening, but aren’t guaranteed.

Season seven was pretty incredible.  Not perfect, of course.  But none of the seasons have been perfect.  Season one was the closest, but even that wasn’t without its flaws.  Now that I’ve plowed through all 67 episodes of Game of Thrones, I’m not entire sure what to do with my life.  What is life without 3-4 episodes of the show per day?  What else is going on out there?  I guess…  I guess I can try to start my MCU marathon before Endgame comes out.  That should take some time.

Previous:Star Trek DS9 Documentary Coming to Theaters This May
Next: King of Scars by Leigh Bardugo: Give Me More Grishaverse!