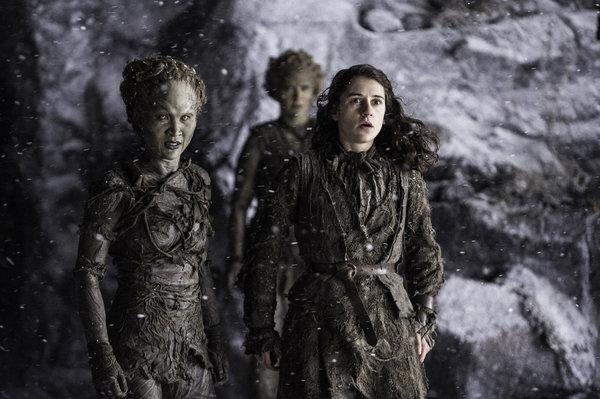 Game of Thrones season six is the first season to surpass the books on almost all plots.  The excitement definitely built this season, but some of the plot elements felt forced.

David Benioff and D. B. Weiss were supposedly given a “road map” of where the series is going, but the difference between what came from George RR Martin’s pages and what is D&D’s attempt to hit certain points on a map to the end is glaringly obvious.  And again, I don’t think D&D are completely terrible.  Back in my season five retrospective I praised their work on Hardhome.  But they do have problems.  This season the problems felt similar to the character shuffling in season four, but with the added complication of not having source material to guide the more nuanced moments.

Like season four, there was a lot of character movement and a very clear goal of hitting certain plot points in an attempt to get to more interesting things later down the line.  The most prominent example of this type of narrative issue is Daenerys’ second fire walking scene.  It felt like a repeat of what was an incredibly power moment in season one, just without the actual power behind it.  I’m not sure what notes GRRM gave to them about her journey in season six, but it didn’t feel like it had the intended impact.  It just felt like Daenerys Walking Through Fire: The Sequel. 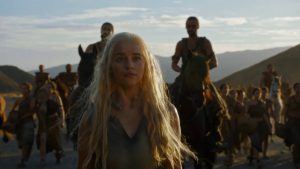 The books left off with Daenerys being approached by a Khalasar, so D&D had to pick up from there and push her towards her next plot point.  The result is a rushed side story that’s only goal seemed to be to show her walk through fire yet again and grow the number of Dothraki followers in her army.  It lacked any actual character development for anyone involved.  I’m a pretty big Daenerys stan, but this whole ordeal left me underwhelmed.  I’m dying to see what GRRM does with it instead.  What parts were on his road map and what parts were D&D making up on their own?

On the other hand, I am happy with what came after, so maybe I shouldn’t hold it against them too much.  Daenerys and Yara flirting almost made up for how awful the beginning of the season was for her.  We end with a moment that actually is powerful, instead of just feeling like it’s supposed to be.  Daenerys is on her way to Westeros.  But we all knew that when that moment came it’d be important.  They just had to deliver on the visuals to match the monumental plot point.  On that front they succeeded.

Pushing Arya’s story along a bit faster came as a relief, though.  While Daenerys’ plot felt rushed in season six, Arya’s hit a decent pace.  They knew they needed to get her back to Westeros quickly, but since her plot had gone on for so long already it made sense to hit the necessary plot points and move on.  During season five it felt like she was running away from the plot, but season six brought her back in with knowledge and skills she didn’t have before.  There was actually a point to her plot tangent that I couldn’t see when it was unfolding.  She left Westeros as a child with a lot of built up anger.  She came back as a trained assassin.

Season six also saw the return of Bran, whose plot came to a complete and total standstill at the end of season four.  His return was horribly messy, though.  Jojen died back in season four, which was the first major deviation from the books for Bran’s arc.  At that point everything went sideways and his plot hasn’t recovered since then.  Now in season six we lose Summer and the Children of the Forest, too.  Then moments later we lose Hodor in what is almost the most offensive death in the show.  Hodor’s life basically gets hijacked by Bran (even if it was an accident), making his sole purpose in life to care for Bran, then ultimately sacrifice himself for him.

I’ve seen people suggest that all these sacrifices make sense because Bran is special.  Well, you know what?  I hate it.  I don’t care.  I hate the ‘chosen one’ narrative to begin with, but to kill so many people for the chosen one just really bothers me.  I know people die on this show, but this was too damn much.  It makes me hate Bran, which I think is the opposite of what they were aiming for.  I feel bad hating a kid so much, but damn, that was a lot of death to protect one guy.  Ugh, you guys.  Just ugh. 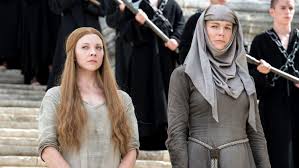 For once I feel like one of the most interesting aspects of the show was what was going on in King’s Landing.  Usually I’m bored with King’s Landing, but watching the struggle with the Faith Militant mixed things up a bit.  It was no longer about noble houses fighting over the throne, but rather about religious power challenging the noble system altogether.  It brings us back to earlier seasons when Varys stated “power resides where men believe it resides.”  In this case, the common folk gave power to religion and the nobility couldn’t push back against it even with their powerful armies.

But Cersei is… Cersei.  And that power doesn’t stay out of her grasp for long.  The season ends with one of the best episodes of the show (right up there with Hardhome) where so many previous side plots comes back into play.  When an episode starts with reminders about what happened six seasons prior, you know you’re in for something wild.  In this case, quite literally.  Cersei knows where a huge store of Wild Fire is stored and she uses it to her advantage.

This is a situation where character death makes sense narratively and doesn’t feel offensive like it did with Hodor’s death.  Margaery is one of my favorite characters in the show and I was sad to see her go, but it made sense to take her out here along with pretty much all the other Tyrells (except for Olena) and most of the Lannisters.  The scene was powerful and beautifully done.  And again, I can’t wait to see how much of that whole ordeal was D&D and how much of it was GRRM.  Will this be another Hardhome moment, where I can point to it and proudly say that I don’t think everything D&D did was bad?  Or will it be revealed that this was mostly GRRM?  Only time will tell, I guess. 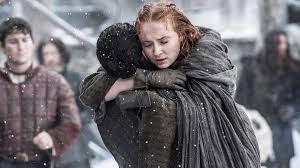 In a complete reversal of how I usually feel about the series, I don’t think the action up at Winterfell was the strong point of the season.  There were a lot of good things, but it too felt like D&D were trying to hit plot points and move forward like they did with Daenerys.  Sansa and Jon are reunited, but they have an awkward power struggle that just doesn’t jive with me.  The weird power dynamic among the Starks extends into season seven and possibly into season eight (we’ll know next weekend, I guess).  I was hoping that once the Starks were back together they’d be a united front, but that’s not the case.

Still, there are some incredible moments.  The Battle of the Bastards was pulled off incredibly well and had some of the best cinematography on the entire show.  Sansa’s scene with Ramsay was cathartic, too, though it still doesn’t forgive the directing decisions I talked about in season five.  Watching the Stark banner hang above Winterfell felt damn good as well.  So yeah, I hate the power struggle and bickering between Stark siblings, but the entire plot wasn’t a waste at least.  I just hope that whatever confrontations continue on into season eight get resolved in the first two episodes so we can head into the Battle of Winterfell with a united Stark front.

Season six was the second weakest season for me, with season three being the absolute bottom of the barrel.  Even with the Battle of the Bastards and the destruction of the Citadel, it felt way too strategic in regards to moving characters around.  It didn’t flow naturally and I very much felt like I was watching writers plotting a story on a whiteboard instead of immersing myself in the plot to simply enjoy it. 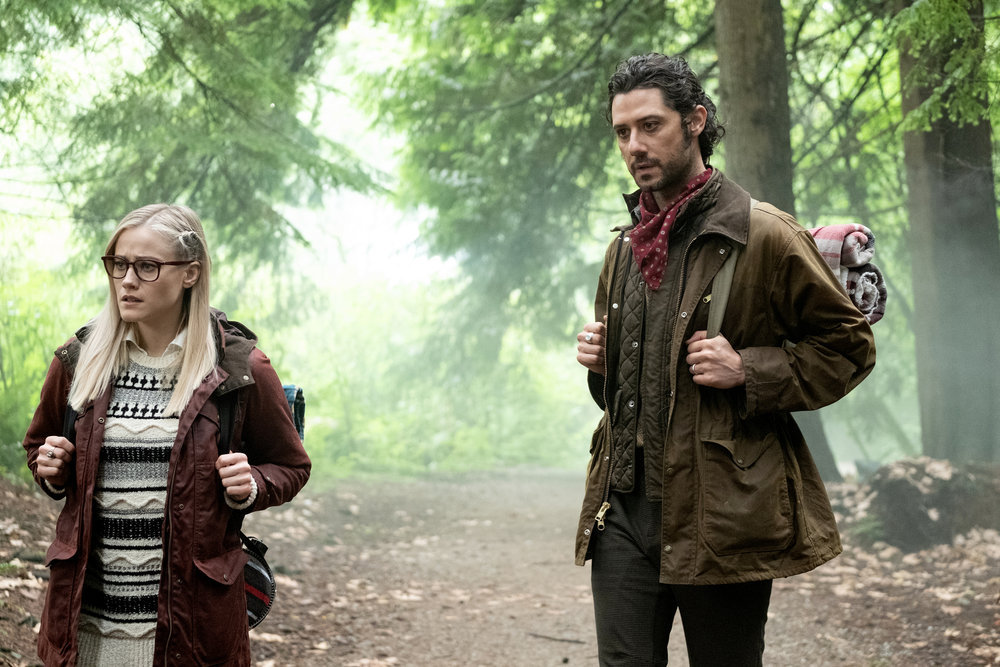 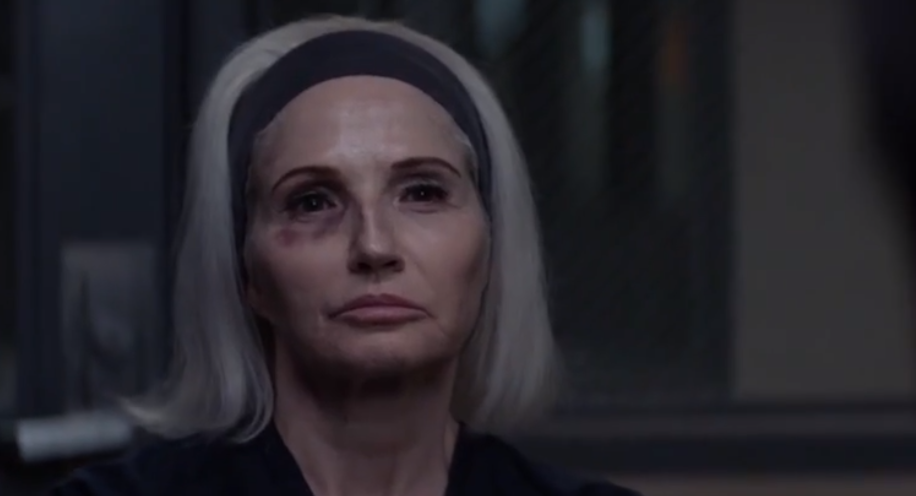 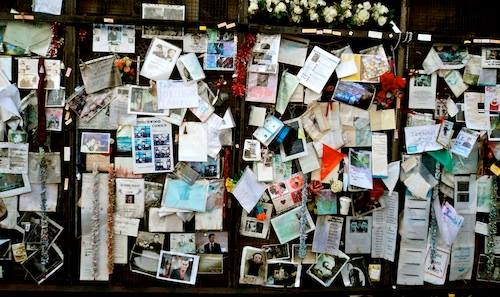