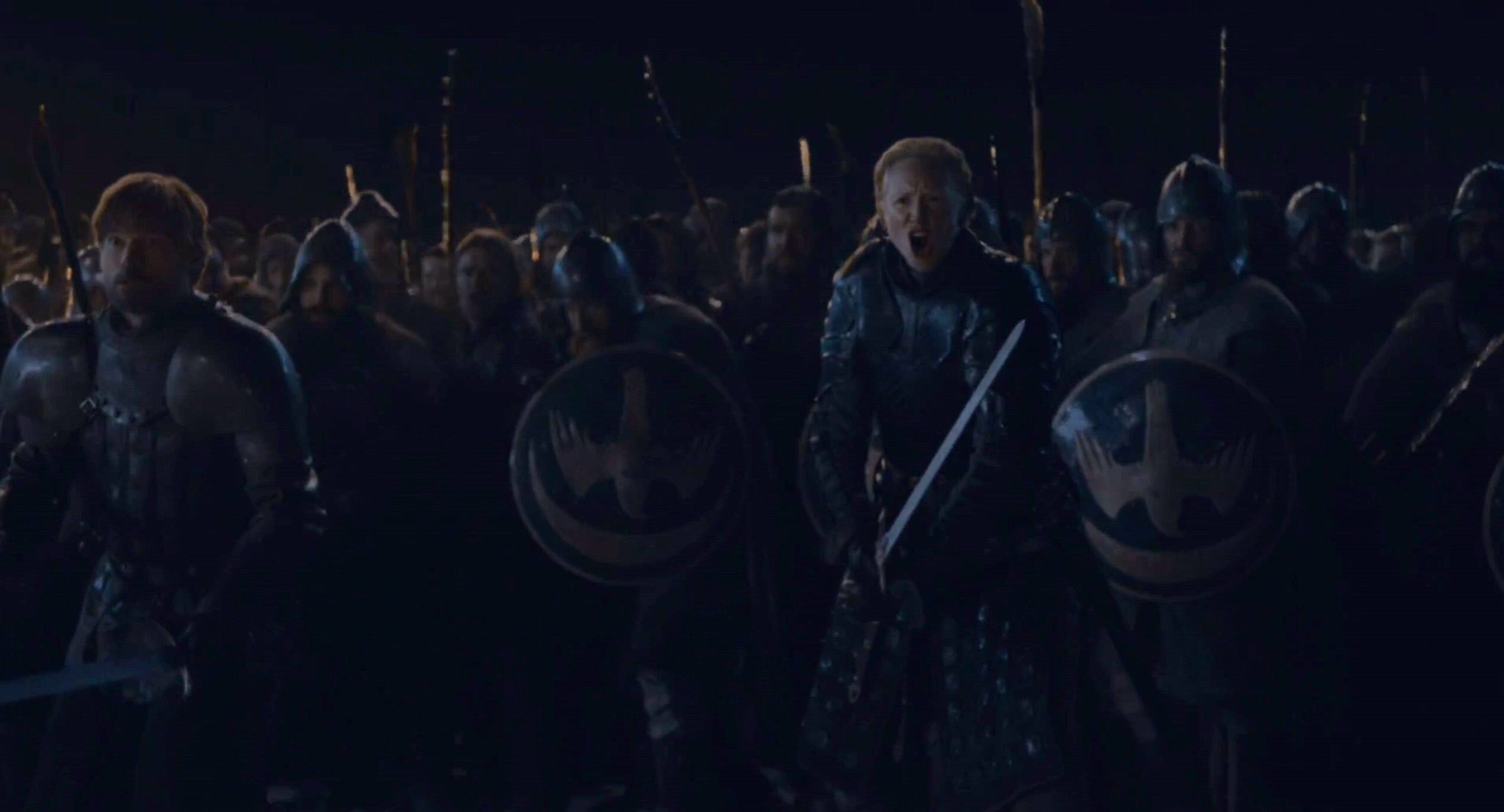 The title for the third episode of season 8 has not yet been revealed. We do know there will be a ‘battle of Winterfell’ between our main protagonists and the Army of the Dead, so that’s what we seem to be calling it temporarily.  It’s probably the most highly anticipated battle in the show’s history, and I have some thoughts about the potential outcomes.

‘A Knight of the Seven Kingdoms‘ ended with the Army of the Dead within sight of Winterfell and our heroes preparing for battle.  The upcoming episode will be the longest battle in cinematic history, even longer than that Battle of Helm’s Deep. It’s directed by Miguel Sapochnik, who also directed Hardhome, The Battle of the Bastards, and The Winds of Winter, which all had beautifully executed action sequences.  So expectations are high and the general consensus is that it’ll be absolutely mind blowing.

An article from Entertainment Weekly describes the scene filming the Battle of Winterfell as follows:

“Imagine up to 750 people working all night long for nearly three months in the middle of open rural countryside: The temperatures are freezing in the low 30s; they’re laboring in icy rain and piercing wind, thick, ankle-deep mud; reeking horse manure and choking smoke.”

So with just a few days to go, I’m going to break down my prediction for the Battle of Winterfell. Who will die? Who will live long enough to escape south?

This article contains NO SPOILERS based on leaks.  All predictions are based on legitimately released promotional materials, light adjusted still images from trailers, and an intense amount of speculation from analyzing narrative trends and character arcs.

Who Will Die at the Battle of Winterfell? 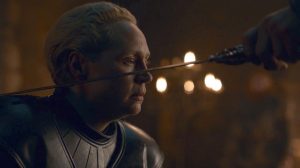 Ser Brienne of Tarth –  Her swan song in ‘A Knight of the Seven Kingdoms‘ was the most pronounced sign of character death so far. So much so that the entire episode was named after her.  She finally got the Knighthood she deserved and has two men who deeply respect and admire her (and, likely, love her very much).  While the death of a woman to intensify man pain would typically be categorized as stuffing a woman in a refrigerator, I somehow don’t feel that fits here.  Her death might unleash righteous fury on behalf of Tormund and Jaime, but she’ll go out fighting, empowered with her own agency, and with the honor she deserves.  I’ve never been more certain about a character death in my life.

Ser Davos Seaworth – His story is similarly coming to a close.  Everyone he loved is dead and his last hope is Jon and Daenerys ruling the Seven Kingdoms righteously together.  He’ll go out to make sure that happens.  At this point it’s his life’s mission basically.

Theon Greyjoy – It’s clear by the way he and Sansa embraced last episode that his redemption arc is coming near the end of its journey.  He saved Sansa.  He saved Yara.  In order to be fully complete, he’ll need to go out saving Bran.

Gendry –  He and Arya finally getting together last episode felt like a swan song, but I think it’s for Gendry, not Arya.  This is strengthened by the season 8 trailer, where Arya is running from something in the crypts.  The images have been brightened, and it could very well be Wight Gendry.  It’s not clear, though.  And intentionally so, obviously.  But I can interpret her genuine fear in that trailer as running from a Wight version of someone she was close to.  I’m guessing Gendry.

Podrick – He will die and take the mystery of what he did with the prostitutes with him.  (Let’s be honest.  He probably just sang to them). 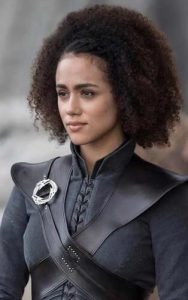 Grey Worm OR Missandei – Based on the conversation about returning to Naath, I’m guessing one of these two die and the other completes the trip.  I’m not sure which will be which.  Initially I thought it was fairly clear that it’d be Grey Worm dying, but they could throw us for a loop and have him go to Naath to protect the “peaceful people” Missandei spoke about.  We’ll see the survivor either sailing away to Naath or arriving on its beautiful shores.

Who Will Die After the Battle of Winterfell?

Arya Stark – I believe she will escape the Battle of Winterfell.  She’s one of two people I think could be responsible for killing Cersei.  This is the only reason I think she will survive this scene, but I don’t think she’ll make it to the very end.  She might go out as she kills Queen Cersei and knocks one of the most formidable names off her list.

Ser Jaime Lannister – This is the other person I think will survive the battle, but only live long enough to take out Cersei.  He wants to go out in the arms of the woman he loves.  While I think he loves Brienne at this point, if she goes down in Winterfell, he could go out in a murder-suicide in the throne room of the Red Keep in Cersei’s arms.  It’s an extremely toxic relationship, but for some reason he loves her too.

Sandor Clegane – He needs to survive to do the Cleganebowl.  That’s it.  His story isn’t complete until that happens.  Then he’ll probably die like most of the other characters.

Tormund Giantsbane – I think he will die.  I’m just not sure if it’ll be in Winterfell or elsewhere.  Initially I thought it’d be Winterfell, but Brienne’s inevitable death could be used for some scenes involving him and Jaime consoling each other and fighting on in her honor. 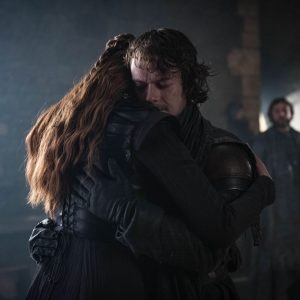 Sansa Stark – I have no idea if she will die or live.  I’m placing bets on at least one Stark sister dying.  Possibly both.  Who knows?  But I hope she lives.  Way waaaaay back in 2013 I predicted she’d be the ruler in the North.  She held that for a while, and I hope it concludes with that as well.  But there might not be much of a North left after the Battle of Winterfell.

Tyrion Lannister – I’m also fairly certain Tyrion will die, but I’m not sure when.  Possibly at Winterfell. Possibly after.  He did say someone else will likely wear the emblem for The Hand of the Queen.  Since I think Jorah will die, it’ll likely end up being Varys.  Sadly I just don’t see him making it much longer here.

Samwell Tarly- I need Sam to live.  I need it more than anything.  But I could see this show taking away a wonderful character that deserves to live because, well, that’s what Game of Thrones does.

Varys– I’m only placing Varys as “uncertain” because if both Tyrion and Jorah die, someone involved in that conversation last season will have to wear the Hand of the Queen broach.  But honestly? I think his narrative is complete and he could potentially die as well.  Also, he’ll be in the crypts (see the next session for my thoughts on that!)

Bran Stark – I feel like the main goal right now is to make sure he survives.  I’m just not sure how successful it’ll be.  I can see this going either way.  While I was writing this list I honestly forgot about him and have no strong predictions for him one way or another.

Ghost– I’m fairly sure the writers forgot about Ghost until last week.  Since there were no major bonding scenes with Ghost, he may survive.  But the writers do love to kill those Direwolves so who knows.

Deaths In The Crypts

Notice how everyone was going on and on and on about how safe the Crypts were last episode? You don’t introduce that type of discussion if you aren’t going to use it later.  Some speculate that the dead Starks will be raised.  I’m not entirely sure on that theory.  Most of them would just be ashes by now.  Still, there could be a few fresher corpses.  Rickon could raise, though I’m not sure his actor is interested in coming back.  I don’t think Ned could raise headless and I’m not sure his bones ever made it back, but maybe?  And I’m fairly sure the Frey’s did not return Robb’s remains.  So it won’t be much of an army with just little Rickon roaming around down there.

BUT the Crypts could be infiltrated by the Army of the Dead anyway, and the people down there won’t be safe.

Gilly and little Sam – They will LIVE.  They have to. I won’t accept anything else.

That Kid – You know the one.  That sweet little girl that gave Ser Davos all those feels?  She’s a goner.

Pretty Much Everyone Else in the Crypts – Dead dead dead.

Who Will Win The Battle of Winterfell

The Night King’s army will win.

Though I’m not sure the Night King is even with his army.  We saw several White Walkers, but he wasn’t one of them.  He may be heading south to King’s Landing, though I’m not sure it’s cold enough down there for him to be super effective.  Then again, they bring the cold with them, don’t they?  And there is that vision of a dragon’s silhouette across King’s Landing, but it could very well be the Night King and not Daenerys.

Regardless of whether the Night King is with his army or not, they will clearly mow right over Winterfell.  The only people I’m certain will survive are Jon and Daenerys, likely on the backs of Rhaegal and Drogon.  The other people I suspect will survive as noted above may hitch a ride on dragon back, or find their own way out during the battle.  But it will be devastating.