There were a lot of winners at the People’s Choice Awards on Wednesday night, but the win that caused the most stir in this corner of the Internet was for SciFi/Fantasy TV Actor.  The award went to Misha Collins, who was initially a write-in candidate for this year’s awards.  Collins plays the angel Castiel on the CW show Supernatural and was introduced in the fourth season.  He quickly captured people’s attention for his quirky personality and interactions with fans.  In his few short years in the spotlight he’s managed to help found a charity, which built an orphanage in Haiti.  He also created a world wide scavenger hunt that has (so far) won five Guinness World Records and shows no signs of stopping any time soon.  Misha Collins has grown from a relatively unknown actor in 2009 to someone whose fandom can practically move mountains.  Getting him on the ballot by write-in then winning the award is only their latest feat. 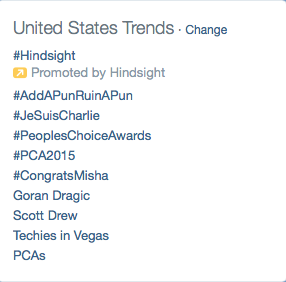 The fandom quickly trended #CongratsMisha on Twitter after his win.  It became a party atmosphere as people expressed their surprise and delight at the unexpected win.  As the publicist for the CW had earlier Tweeted that nobody from Supernatural would be in attendance, people began to think all three of the actors had lost every category they’d been nominated in.  It was true that Misha wasn’t in attendance, but only because this award wasn’t one that was broadcast on live television.  When the status on the website changed word spread through fandom like wildfire.  Large fansites like SuperWiki and WinFamBusiness began to send their congratulations to the actor and fans were breaking out the virtual champagne.

From this Minion, I say congratulations Misha.  This fandom has done so many amazing things and I’m proud to be part of it.  As long as you continue to inspire people to create amazing art, be good to one another, and spread random acts of kindness, I hope you keep the spotlight that you have.  You’ve done amazing things with it and you are absolutely my favorite actor in science fiction of fantasy on TV. #CongratsMisha