NatGeo’s TCA Party Was Worth the Lack of Sleep

How does one recover from the grueling 4.5 days that is San Diego Comic-Con? In the past, it would have been sleeping and doing nothing of note. Then I got an invite to the NatGeo TCA party and presentation. 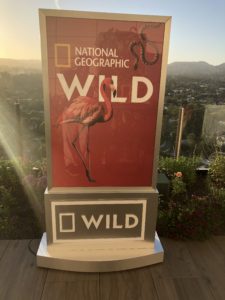 NatGeo definitely knows how to throw a party (as demonstrated by their NatGeo’s SDCC Nerd Nite party a few days before).

The party took place on the rooftop bar area at the Waldorf Astoria Beverly Hills, which provided a great view of the sunset over Beverly Hills. As with their SDCC party, they provided delicious free food including sushi (which I ate my share of…), charcuterie, delicious desserts, and drinks including champagne, wine, and cocktails. 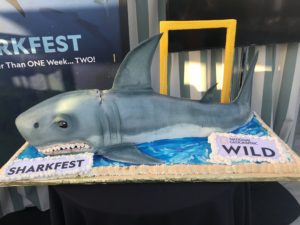 Since this was an industry party, there were also celebrities from some of the upcoming shows on the NatGeo Channel mingling with the attendees (who were press for the most part). Some of the recognizable ones included Bradley Whitford, Lamorne Morris, Steve Zahn, and Arianna Huffington (all of whom are part of a new show called VALLEY OF THE BOOM coming in January). Phil Keoghan (Host of the AMAZING RACE as well as the Nat Geo Channel show EXPLORER) was also in attendance and talked with me briefly.

They also had 2 VR Experience tables set up, one of which Lions 360 degrees, while the other was Monarch 360 degrees for those who wanted to check them out.

The day after the party, we attended the Nat Geo Channel TCA presentation, as well as sat in on some roundtables with some of the talent involved in their upcoming slate of shows. The talent included some of the cast and creators for MARS Season 2 (including Esai Morales, Leland Melvin, Antonia Juhasz, Jihae, and more), as well as Arianna Huffington who was there to discuss VALLEY OF THE BOOM.

Look for the roundtable articles, as well as a write-up about their presentation at the TCA later this week.

Previous:Sacred Lies Has Premiered on Facebook Watch and It Is Surprisingly Artistic
Next: Attack on Titan 3×01 & 3×02 Review: “Smoke Signals” & “Pain”