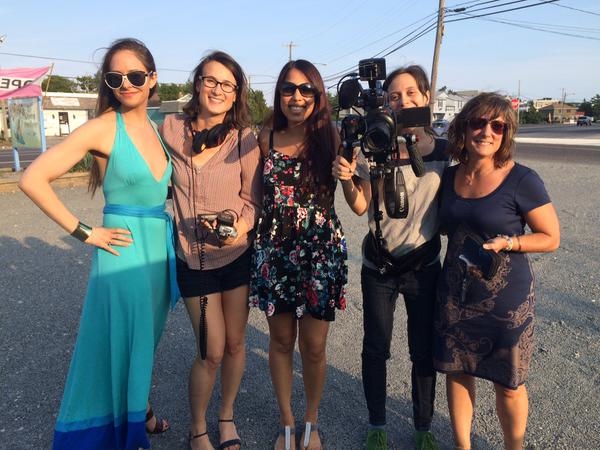 “The Internet today is a battleground.”  That’s the statement prominently bolded on the Kickstarter page for the new documentary NETIZENS.  As a woman on the Internet who writes in a male-dominated niche, I know that a little too well.

NETIZENS is a new documentary that will focus on the online harassment of women that’s become increasingly obvious the past few years.  They seek to raise $50,000 to edit the film over the next 25 days, with $8,099 already raised from the first 103 backers.  The crew collected over 108 hours of footage and they’re seeking editing help to bring the film to a wide audience in a timely manner.  Considering the toxicity of social media is reaching a boiling point, I can understand the urgency.

“One of the most important things I learned as the co-producer/writer of the documentary BULLY, in the year we spent filming with kids and families across the US, is that the leadership sets the tone,” said producer Cynthia Lowen.  “Where leadership demonstrates respect, dignity,  justice, compassion and inclusion, communities thrive. The work we began with BULLY – more urgent than ever – continues.”

There have been numerous high profile cases of harassment towards women, particularly towards those in the gaming community.  The harassment isn’t just confined to geek culture, however.  As the United States enters a more regressive political atmosphere, the harassment has seemed to seep into pretty much every sub culture on the Internet.  It’s become common place to see derogatory comments in comment sections of even the most mundane news articles and benign social media posts.

The documentary doesn’t just highlight the problem, but seeks to change online culture for the better.  “NETIZENS is a movement to make the web just and accessible for all,” the Kickstarter page says.  “As citizens of the internet, we can shift culture and solve big problems when we all come together.”

Will the documentary change Internet culture for the better?  I’m not sure.  But I’d love to see this project get a chance to make an impact.  It doesn’t seem like a bad idea to shine a spotlight on this increasingly disturbing pattern that doesn’t seem to be going away any time soon.