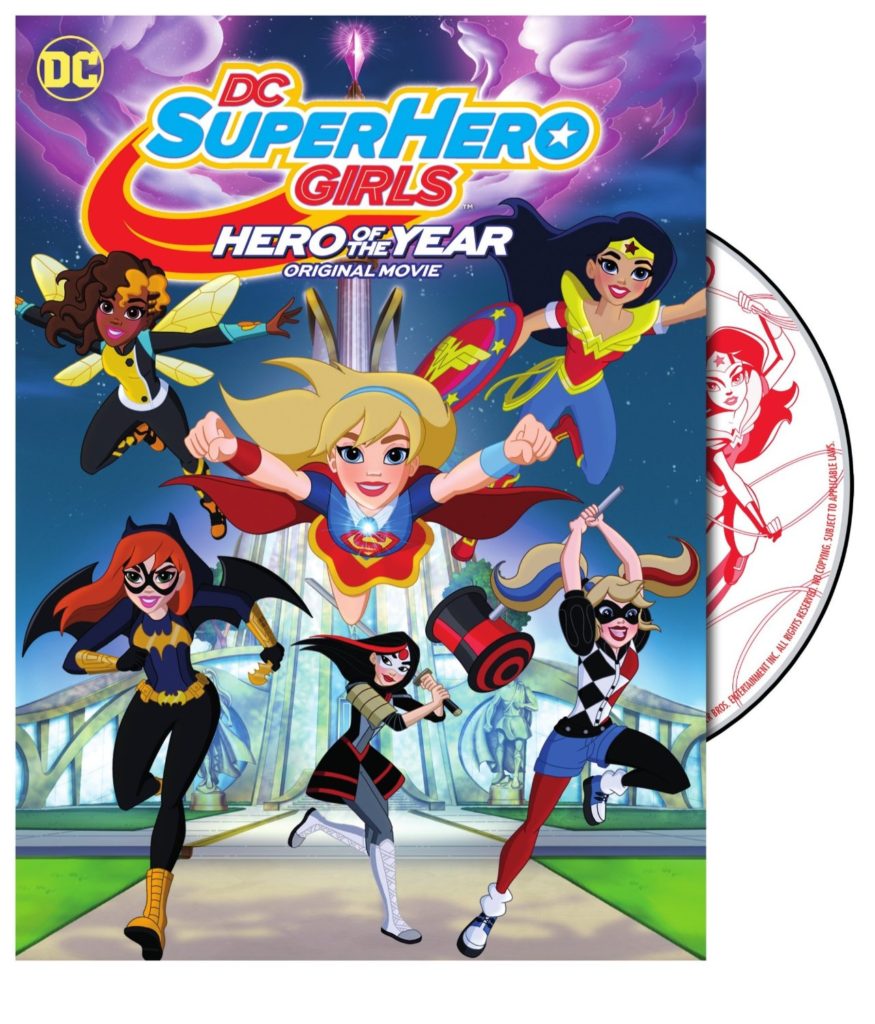 Even though I knew about the DC Super Hero Girls franchise when it first started, I didn’t watch it. Similar to Batman: Unlimited, it was animated content to drive toy sales. However, I finally decided to watch DC Super Hero Girls: Hero of the Year and found the direct-to-DVD film to be very enjoyable. It actually made me check out some of the released webisodes on the official YouTube channel.

While the ‘superheroes-going-to-school’ take might not be for everyone, I appreciated the writers staying true to the actual nature of characters. Of course, the series isn’t going to talk about Harley Quinn being mentally unstable, but it does provide viewers with a toned down, kid-friendly version of Harley and she’s a joy to watch.

DC Super Hero Girls: Hero of the Year deals with students preparing for the Hero of the Year ceremony as well as dealing with an attack from Black Opal and Eclipso. The main characters in the film are Wonder Woman, Supergirl, Batgirl, and Bumblebee. I liked their dynamic and how everyone was able to work as a team. Poison Ivy, Harley Quinn, Hawkgirl, Beast Boy, and Katana also have roles to play. A lot of other DC characters also make cameos. The whole cast is quite diverse and that’s always a good thing!

The movie is clearly targeted at kids, but I don’t care. The story has numerous lessons about girl power, friendship, and family which I think even grownups need occasional refreshers on. There’s also a mini-arc involving Diana’s mother expecting her to win the Hero of the Year award and Wonder Woman trying to deal with the pressure. The whole thing does get resolved in the end and Wonder Woman’s mother makes it clear that winning awards isn’t the reason she loves her daughter.

DC Super Hero Girls: Hero of the Year, being the second film in the franchise, doesn’t reintroduce characters. This might feel a bit confusing to some viewers who aren’t familiar with character backgrounds in this animated world. However, the good thing is that character backgrounds don’t stray far from comic book canon. You’ll be able to make sense of stuff if you’ve read comic books. The DVD also includes a couple of featurettes (webisodes). They’ll help you learn more about some of the characters that appear in the film.

DC Super Hero Girls: Hero of the Year includes a single DVD. The subtitle options are English, French, and Spanish. Furthermore, the colors are bright and crisp. I didn’t face any problems as far as the visuals and audio are concerned. The total run time is 76 minutes. It was released on DVD on 23rd August, 2016.

DC Super Hero Girls: Hero of the Year is a fun film. I recommend that you go watch it and enjoy an hour and a few minutes of female characters saving the world and laugh at numerous jokes.

Have you watched DC Super Hero Girls: Hero of the Year yet? Are you familiar with the franchise? Let us know.