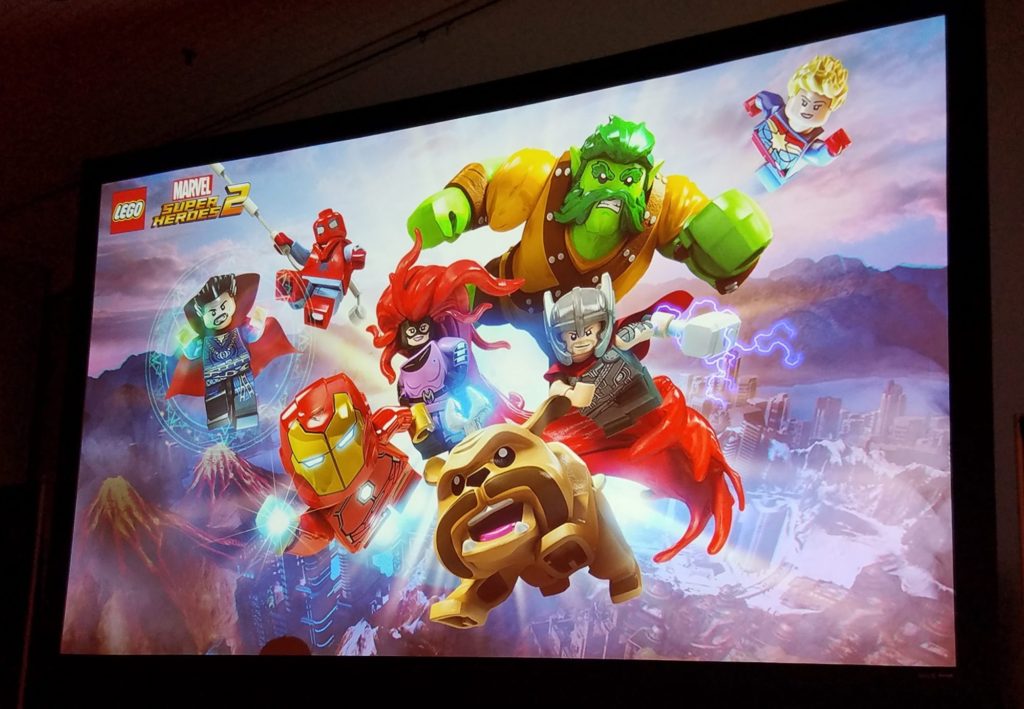 The team behind LEGO Marvel Super Heroes 2 had one goal in mind when they sat down to design the game: it had to be better than the first one. With different in-game universes, a whole host of new characters, and an old-school Marvel baddie as the primary villain, it seems that they succeeded.

Kang the Conqueror is the antagonist in LEGO Marvel Super Heroes 2, bringing together all the different Marvel universes into one giant city – Chronopolis. When the team decided that they wanted to bring in Kang, they realized that the only way to do him justice was to bring in the writer who’d penned his most famous arcs, Kurt Busiek. Busiek was on hand for the New York Comic Con panel, along with Arthur Parsons (Head of Design, Tt Games), Justin Ramsden (designer at LEGO), Bill Rosemann (Executive Creative Director, Marvel Games), and Peter Serafinowicz (voice of Kang).

In Chronopolis, everything that you see can realistically be built out of LEGOs, provided you have the right assortment and enough bricks. Not to mention, all the characters from the different dimensions can come together and interact – characters from noir New York (like Luke Cage) can meet characters from the old west (like Arizona Annie). There are 208 playable characters in the core game, with another 60-plus available through the DLCs. If you buy the season pass, you will get two character packs and six new level packs based on some current upcoming Marvel movies and television shows: Guardians 2, Black Panther, Infinity Wars, Cloak & Dagger, Ant Man & the Wasp, and Runaways. Plus, if you pre-order the game, you’ll get a retro Guardians pack.

Parsons revealed that they have completely redesigned the character customizer from scratch, and that you can do almost anything with the characters. You can give Spider-man a pink mask and have him shoot ice lasers out of his eyes, if you wanted to. They also worked hard to make sure that this time around it’s easier to unlock bonus content like the Gwenpool missions. Parsons was also eager to discuss the character cards; each character gets a card with information about them, such as their background, their abilities, and in which issue they made their first comic appearance. The goal with this was to help introduce newer fans to older characters they may not be familiar with.

I was fortunate enough to be in the press room to interview the LEGO Marvel Super Heroes 2 team. Make sure to check out our interviews below: