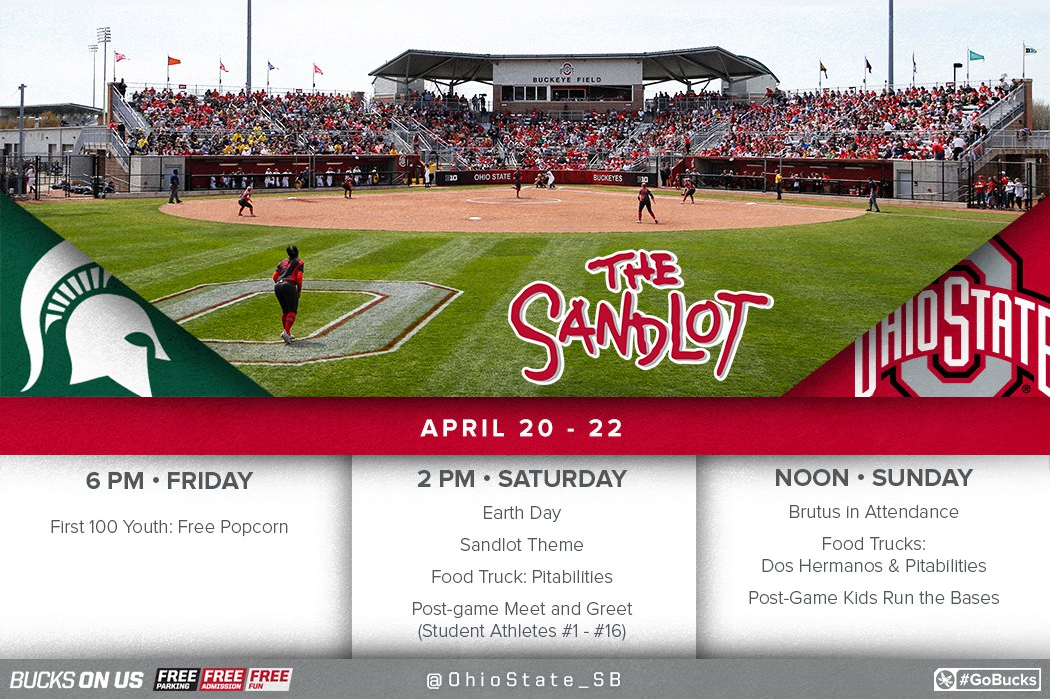 It’s been 25 years since we were blessed with The Sandlot, a coming-of-age tale centered around a ragtag group of baseball-playing friends set in 1962. This weekend, the Ohio State softball team is celebrating the anniversary with a bit of a twist.

For many of us who grew up in the ’90s, The Sandlot was a childhood-defining film, and quotes from it still find their way into daily conversation. One of the most iconic scenes features the Sandlot kids being harassed by the Little Leaguers and challenging them to a game; the scene includes a battle of insults, with the ultimate smackdown being, “You play ball like a girl!” As a girl who played Little League, that didn’t ever sit well with me. So when I saw this video from the Ohio State softball team cross my timeline last night, I couldn’t not post about it.

In honor of 25 years, we’re putting a softball twist on @SandlotBambino 🧢#GoBucks pic.twitter.com/AhFJuovEaI

Keeping with the spirit, the team’s official Twitter posted another video today featuring a different, but just as iconic, scene, where Squints utters one three-syllable word that is oft-repeated by those of us in our 30s.

But that’s not all! For this weekend’s series against the Michigan State Spartans, they are doing something special with every game. Saturday’s game even has a “Sandlot theme”, whatever the heck that is. Admission to the games is FREE, so if you live in the Columbus area, you have no excuse not to go.

In case you’ve never read my bio, I am an alum of Ohio State, so yes, I am a little biased in writing this article. But I don’t care. Go Buckeyes!