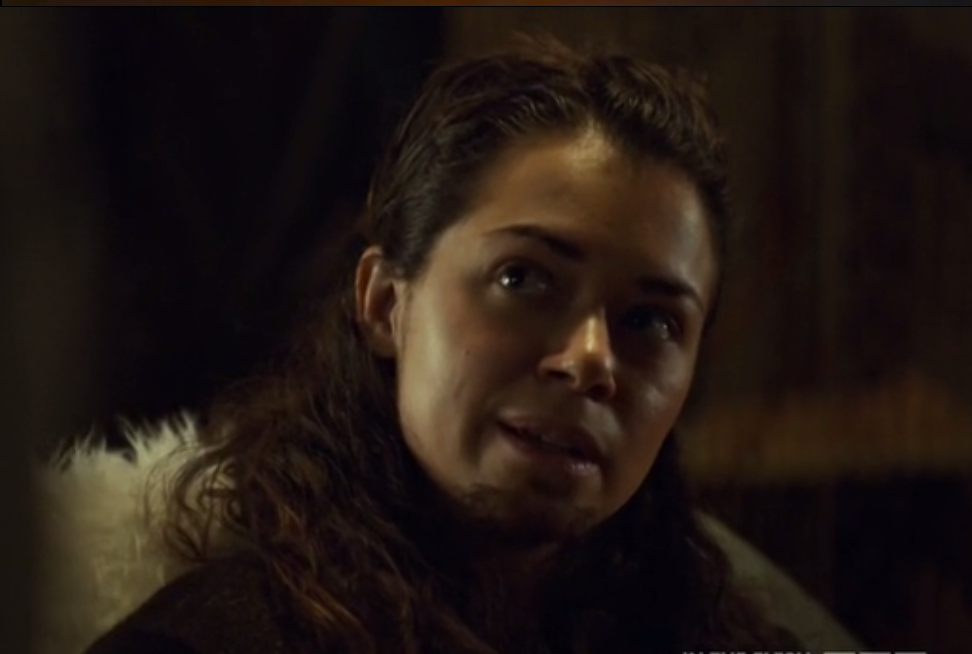 This episode was my absolute favorite episode of the season for one reason: Tony.   This show is unique in many ways.  It has a predominately female cast and several queer characters as part of the primary ensemble.  Orphan Black keeps pushing further in the realm of representation and has now introduced a transgender clone. There’s a severe lack of trans representation on TV and while I am usually a little skeptical of cis gender actors or actresses playing trans characters, this is one of the few situations where it works.  As all the characters are clones it wouldn’t make sense to put someone else in the roll.  So far this show has done incredibly well on the representation front and I trust them to handle this character with respect.

Words cannot express how happy I am that they introduced a transgender clone.  I’m even happier that Felix insisted on the correct pronouns being used when Art misgendered him.   Once he’s corrected, Art makes the switch respectfully and doesn’t make an issue of it.  When Tony is informed he’s a clone, he takes the news surprisingly well.  In his own words, he’s already experienced an identity crisis before so it’s a little bit easier for him to get past it.  Sarah seemed relieved by that because she’s never had to break the clone news to someone before.  I’m incredibly excited to watch how Tony’s story develops and I hope this show keeps up its good track record of respectful  representation.

Felix and Tony’s relationship was a complicated one.  On the one hand, he looks like his sister.  On the other hand, Felix isn’t really related to Sarah by blood and there seemed to be a bit of attraction between him and Tony.  Since they put Tony on a bus and shipped him out of town, I’m not sure if they’ll pursue this plot line any further than it already has, but I think it’d be an incredibly interesting ground to cover.  While I do think there are way too many characters already and the plot is beginning to get stretched thin in some places, I do really want to see Tony return.  Not only would he add some much needed representation to TV, but he’s already begun the threads of an interesting and complicated relationship with an established character.  More Tony please?  Thank you.

Back to the clones that we already know and love, I can’t help but laugh at the plot developments with Alison and Donni.  He was her monitor, yet she’s the one handling this whole “accidentally a murderer” thing like a pro.  It’s a complete roll reversal from what you’d expect out of these characters.  The soccer mom is teaching the secret agent how to get away with murder.  What’s not to love here?  Well, besides the murder thing I suppose.   One thing that’s getting on my nerves about their plot is how they’re always conveniently sending their kids ‘off to grandma’s house.’  Like a lot of children in fast paced TV dramas, the kids would drag down the plot, but you can’t just ignore them. 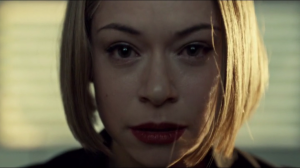 Rachel continues to be morally ambiguous.  The glimpses of pain that we see made me really feel for her, but her cold interactions with others make her a difficult person to love.  She seems to be genuinely upset that being barren was an intentional part of their design.  Regardless of how complacent she seems to be with her status as a clone, this news came as a major blow to her.  Still, she’s manipulating people and refuses to show that emotion to even her own father, so it’s hard to sympathize with her completely.

The biggest tragedy of the episode was, of course, Cosima’s coughing fit and apparent seizure.  Throughout the episode we got to see bit of the Cosima we’ve grown to love over the past two seasons.  She geeked out of the table top game.  She got high with Delphine and fell into a fit of giggles.   She was smart, caring, and cautious with her decisions.  Reminding us of how incredible a character is is usually a sign that character is about to bit the dust.  I have a bad feeling the next two episodes are going to focus around the progression of the illness and the finale will end with her flat-lining.   I hope I’m wrong.  If we lose Cosima I will be inconsolable.

I’m honestly a bit scared heading into the final episodes.  The writers have to tell their story, but losing Cosima may be too much for me to handle.  I’m not proposing an ultimatum to the writers that they need to keep her alive or I walk (the episode is already finished and I’m only one viewer anyway), but I may have to take a break from the show for a while.  I’ll certainly head into next season with a lot less enthusiasm.

Previous:Game of Thrones 4×09 Review: The Watchers on the Wall
Next: Recommendation: Carnivale