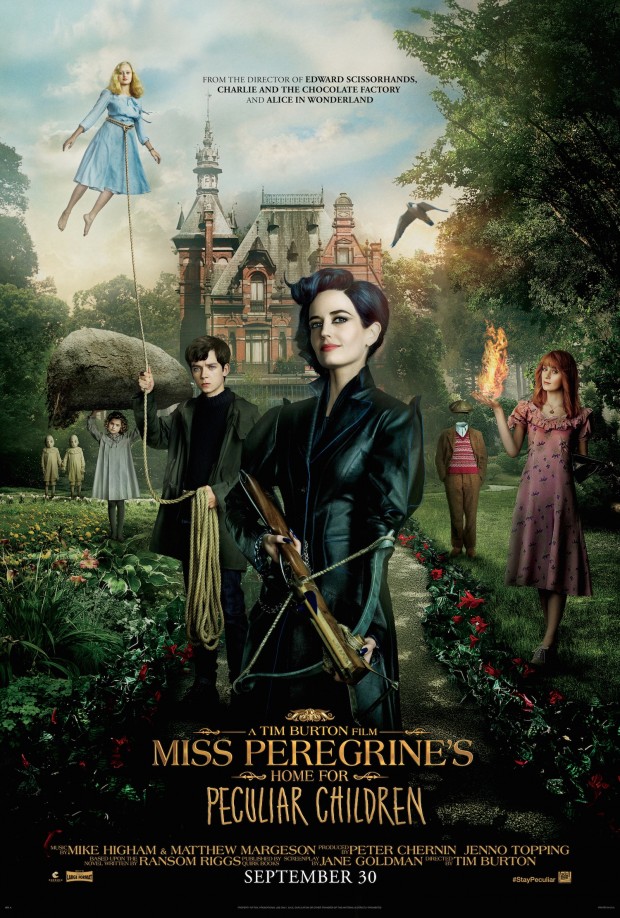 Based on Ransom Riggs’ best-selling book of the same name, Miss Peregrine’s Home for Peculiar Children is the story of Jacob Portman, who after the horrific death of his grandfather goes to Wales to learn more about his past. Jacob somehow manages to stumble across the orphanage where his grandfather grew up and learns that all of the kids there are “peculiar”, in that they have some sort of supernatural abnormality. The kids in the orphanage are all based on real photos that author Ransom Riggs found – which are featured throughout the book.

I hesitate to reveal too much about the plot a) because I don’t want to spoil people and b) because I honestly don’t know how much of it has transferred over to Jane Goldman’s script. Suffice it to say that I think a whole host of you will be thoroughly charmed by these characters. I know I was!

And now we get our first look at the film, which is set to open in theaters September 30th!

I truly believe no one could tackle such a story any better than director Tim Burton; it’s just his kind of movie. He reteams with actress Eva Green (Penny Dreadful, Dark Shadows), who plays the mysterious Miss Peregrine. Asa Butterfield (aka the creepiest Mordred that ever existed – I don’t think his eyes are natural, they’re way too blue) plays Jacob. A-list actors such as Judi Dench, Allison Janney, and Samuel L. Jackson round out the cast. (Perhaps the most shocking bit of news is that neither Johnny Depp nor Helena Bonham Carter are in this movie at all!)

Check out the trailer:

I am so excited for this movie, you have no idea. It’s just such an interesting and unique story, and it was so well done. Asa Butterfield may give me the creeps a little bit, but he’s genuinely a good actor, and with a cast like this movie has, it’s not too much to hope that this will be fantastic. And for those of you who are interested, you should definitely check out the book – as well as its sequels, Hollow City and Library of Souls!