Regarding Tumblr and The Geekiary 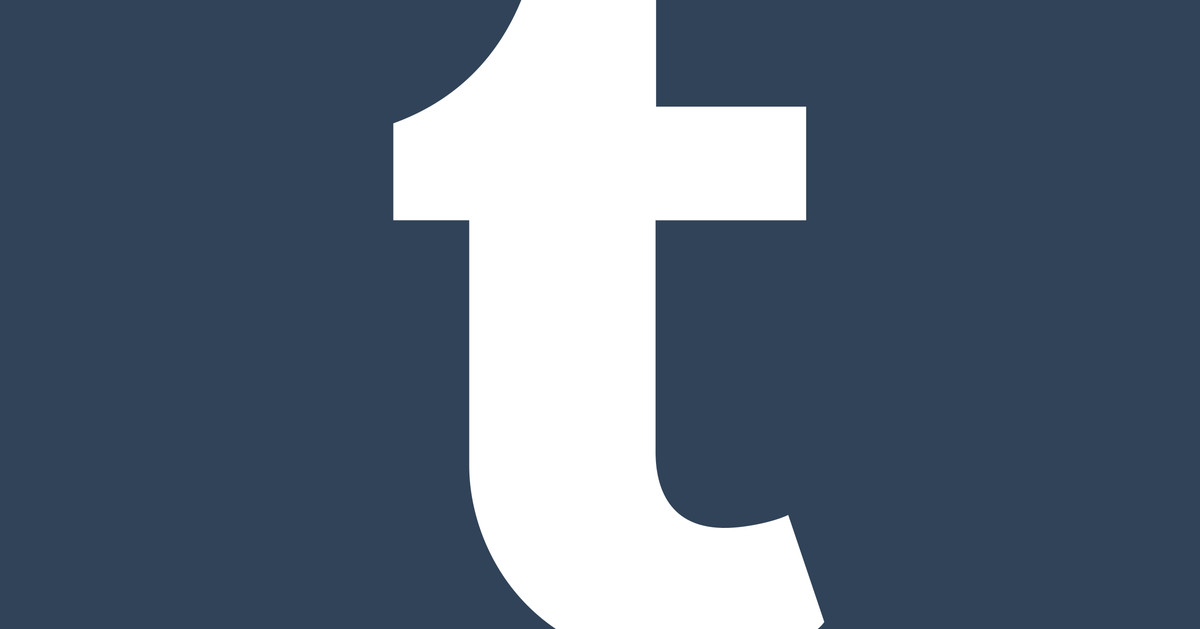 We here at the Geekiary have always been proud to be part of online fandom culture.  Our about page proudly states “We’re proud members of our fandoms. We’re Tumblr users and Twitter experts. We’re con goers, photographers, cosplayers, artists, and writers.”  Our fandom associations are the crux of who we are as a website and our engagement on social media is largely driven by this part of our mission statement.  But unfortunately times are changing and we’ve been forced to make a decision regarding our online presence that we were hoping we wouldn’t have to make.

From today forward we will no longer be cross-posting our content to Tumblr.

In recent weeks, Tumblr has been going through some changes.  Many fanartists and other content creators have found their blogs completely removed.  Early in this change it was assumed this could have been a mistake as the initial crack down was a reaction to illegal sexual content that caused the app to be removed from the App Store.  However, that appears to not be the case anymore.  All adult content will be banned starting December 17th.  The effects on fandoms in general are obviously immense, but more importantly from the Geekiary’s perspective this comes across as a blow to women and LGBTQ+ people who have used the blogging platform to have important discussions regarding sexuality.  These communities are important to us and it’s worrisome to see them get sidelined yet again. 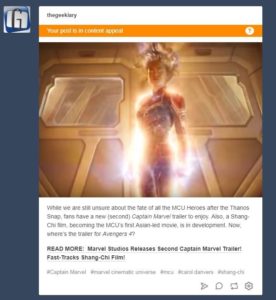 From a practical standpoint, posting to Tumblr is also simply no longer worth the effort.  We used to receive thousands of hits per day from Tumblr, which resulted in great conversations both on the platform itself and in the comments section of our articles.  A couple years ago they changed how content appears in their tags, which resulted in a significant drop in engagement that we’ve never recovered from.  Still, we continued to use the platform as our current followers could at least continue to engage with us in a place they were comfortable.  We’d built a following there and even if we couldn’t bring in new followers in quite the same way, we valued the fans that we had.

However, yesterday when their new content filter was unleashed, our effort to even keep our content on the website became more trouble than it’s worth.  Our article about Captain Marvel was apparently too much for the bot to handle and got flagged as being inappropriate.  We had to submit an appeal, which takes even more time than it does simply submitting our content in the first place.  Most of our content automatically crossposts to Facebook and Twitter, but Tumblr took some extra effort already as the automatic crossposting feature wasn’t aesthetically pleasing to us.  Up until yesterday, these few extra minutes per article were worth it.  Now it seems even more time will be added onto our efforts to share our content there and it’s beyond what we’re willing to do each time we want to share an article.

The marginalization of communities that are immensely important to us already sparked discussion among the editing and administrative staff here at the Geekiary, but the new amount of effort it’s going to take to post our content to a platform that doesn’t support the communities that we value has pushed us over the edge.  We don’t have the time for Tumblr, nor the desire to continue supporting the platform.

Where will we go?  We will still crosspost all of our content to Twitter and Facebook as we’ve always done.  We also frequently use Instagram and Pinterest for our content sharing and community engagement.  Going forward, we’ve been looking into Pillowfort as a new avenue for content sharing as well.  Right now the wait list for Pillowfort is rather long, but we’ll be hopping on that list as soon as possible.  To those of you who primarily see our content from our Tumblr sharing, we deeply apologize for this inconvenience.  We didn’t want to cut off this avenue entirely and we didn’t make this decision lightly.  We hope that we’ll find each other on other social media platforms and we look forward to you sharing where you’ll be hanging out online in the comments below.

Previous:Pre-Order Available For Exclusive One:12 Collective X-Men Cable Action Figure!
Next: “The Seclusion” by Jacqui Castle Is a Very Relevant Read – Book Review