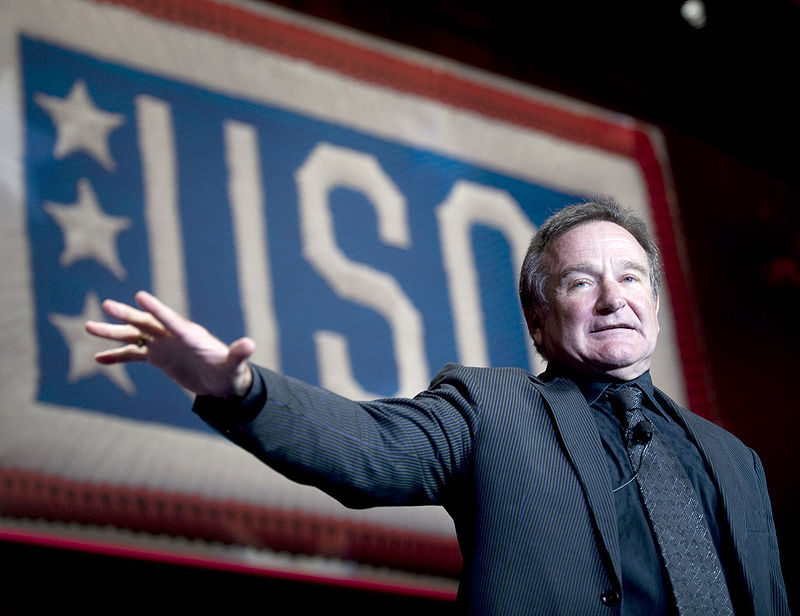 By now most people have heard that the actor and comedian Robin Williams passed away.  He meant a great deal to so many people in so many ways and fans are around the world are mourning this tragic loss.  For me, a product of the 80’s and a Disney child of the 90’s, he will always be the Genie.  When I first saw the news go across my Twitter timeline my first thought was “there has to be some other celebrity named Robin Williams.  It can’t be the Genie.  The Genie can’t die.”  After scrolling a bit further and seeing pictures and links to legit news outlets, my heart sank.  He had such a profound impact on my childhood that when I was asked in elementary school who my favorite actor was I’d proudly declare “Robin Williams! The Genie!” without second thought.  As I grew older my interests in entertainment shifted and he didn’t pop up in films I watched as often, but his impression on me for his work in the 90’s never wavered. 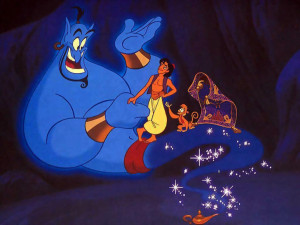 I grew up in Southern California with frequent trips to Disneyland and I saw pretty much every Disney movie on opening weekend.  I was a true Disney kid.  Though Hook came out a year before Aladdin, it was his role as the Genie that was my first major exposure to him.  I watched Hook later on VHS and watched it so many times that I’m surprised I didn’t wear it out completely.  But Williams just kept popping up in everything I watched for so many years.  Next was Fern Gully, then Mrs. Doubtfire, and then Jumanji.  When I was 10 The Birdcage came out and I was a bit too young to see it right away, but I tracked it down a few years later and it became another Robin Williams film that etched itself into my memory as something important.  He became the first actor I knew and admired who wasn’t afraid to play a gay character and that, along with a lot of other queer cultural moments of the 90’s and early 2000’s, helped me accept my own bisexuality at the age of 14.

He wasn’t just a funny man, though.  He had serious roles such as Good Will Hunting and the Dead Poet’s Society, the latter of which earned him an Oscar.  While I personally will always remember him for his humor, that clearly wasn’t his only talent.  A man that can make both kids and adults laugh, then take on another role and reduce people to tears is a talent that deserves recognition.  He touched people in so many different ways throughout the years and all the different roles people identify as the one that affected them most prove that.

As an adult, the amount of films I saw with Robin Williams in it dramatically decreased, but if I saw his name in the credits I was more likely to give something a chance.  I probably wouldn’t have seen Night at the Museum in theaters if he wasn’t in it.  There’s still a Night at the Museum sequel set to come out and, while it was pretty low on my list of things to go out and buy a ticket for this year, I was looking forward to eventually seeing it nonetheless.  As this might be my last chance to see a Robin Williams film in theaters, though, suddenly this silly little comedy has taken on an unexpected importance in my movie line up for 2014. 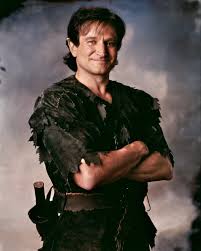 The circumstances of his death are something that’s difficult to talk about.  If talk of depression triggers you, it may be best to skip this paragraph.  It’s hard to believe that a man that’s known for his humor and laughter could secretly be so incredibly depressed.  I hate to politicize someones death, especially someone whom I admire as much as I do Williams, but at the very least it might cause people to pause and consider the impacts depression can have on anyone.  If he died from natural causes or an accident, it would have still been enormously tragic, but knowing that someone who was known for such happy things was feeling such a profound sadness on the inside makes it even harder to come to handle.  Depression can affect anyone, even those that seem outwardly happy.  As an actor, the fans had even less of a chance to see any signs of severe depression, but even people closest to those who are going through a mental or emotional illness might not notice or realize how bad its become.

While I’m sitting here trying to cope with such a cornerstone of my childhood passing away in such a devastating way, my thoughts are with his family, close friends, and co-stars who knew him on a deeper level than us fans ever could.  His family has asked for privacy as they deal with their grief and I hope the media respects that.  It’s an enormously difficult experience to lose a loved one and the circumstances are surely adding an extra emotional weight to the situation.  We as fans can cope in our own ways.  We can share our favorite memories and roles, talk about the impact he’s had on us and those close to us, and watch our favorite films in his honor.  As soon as this review is done I’ll be diving into a movie marathon myself, starting with Hook.  Robin Williams won’t be forgotten.  His impact on the world was great.  The joy he spread will continue to be experienced for so many more years.  Robin Williams is a legend and his work will not be forgotten.

2 thoughts on “Robin Williams: A Cornerstone to My Childhood”