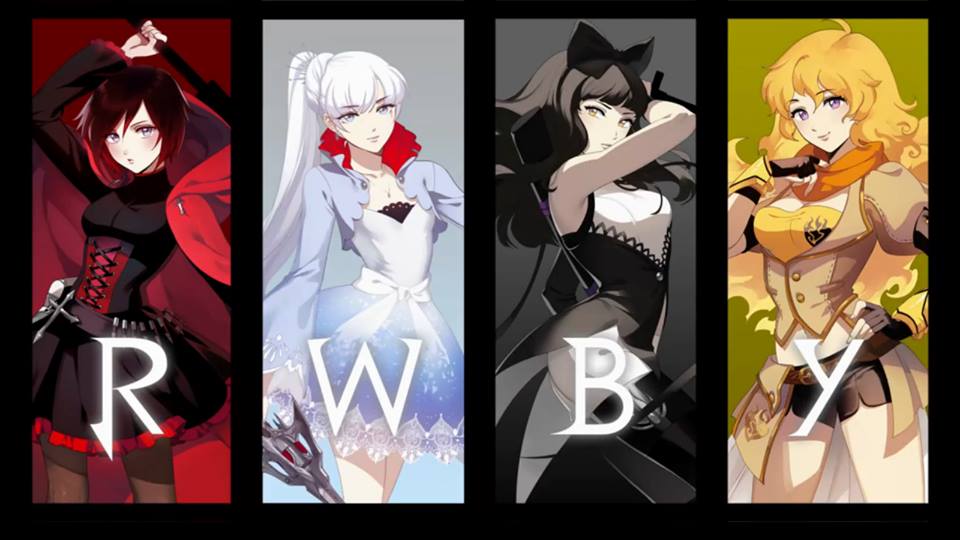 One show that’s been taking the anime community by storm isn’t even an anime, it’s an american web series. RWBY, created by Monty Oum and Rooster Teeth Productions, has just begun airing it’s second volume online. The series focuses on Ruby Rose, a quirky, sometimes awkward fifteen year old who dreams of being a Huntress, fighters that protect their world from The Grimm, monsters lurking at the boarders of their world. The first volume, which aired last year, saw Ruby skip ahead two years in her training to be accepted into Beacon Academy, the premier school for Hunters and Huntresses in training. There, the students are placed on teams of four. Her consists of Yang Xiao Long, her confident older sister, Weiss Schnee, an entitled heiress, and Blair Belladonna, a quiet book worm with quite a bit of secrets. They spend the remainder of their schooling fighting and training together.

RWBY first gained notice when Rooster Teeth, famous for their Red vs. Blue series, told creator Monty Oum he could do “whatever you want” once he finished working on the tenth season of Red vs. Blue. RWBY’s “Red Trailer” premiered after season ten’s finale. Three more trailers were released throughout the year, White, Black, and Yellow, after the four main characters, each featuring one of the girls kicking absolute ass with unique, personalized weapons and fighting techniques, before the series premiered in July 2013.

I admit to have been late to the RWBY game. The first volume had already been over and done with before I took notice of the the word RWBY popping up all over cosplay and anime review message boards. Basically, when coming into the new cosplay season, I make a point of checking out what the big photo shoots will be, it’s usually a good indication of what series I need to check out, and the only show getting more buzz than RWBY was Attack on Titan, that was enough to catch my notice. Aside from the cosplay hype, the only other thing I knew about the show was from reading anime boards and seeing people not able to decide wether it belonged or not, it wasn’t an anime but gosh darn it, it looked like one. Think Avatar: The Last Airbender for a comparison in the arguing, though at least they haven’t gotten into the “are they white or asian” wank yet. 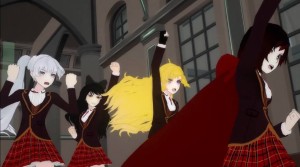 It’s hard to judge RWBY’s quality. You can’t really hold it to the standards of a professional studio but at the same time Rooster Teeth is far from an amateur production company at this point. I’ve seen people rip it’s production value to shreds, while others gloss over it’s faults using the excuse of lack of money, and instead focus on the things it does right. I’ll admit right off the bat, I fall more into the latter category. What RWBY does right, it absolutely nails, and to the point that I find myself lamenting the fact that much of the anime I watch could learn a thing or two.

I’ll be the first to admit, the voice acting is spotty at best and some parts are darn right cringe worthy, but it’s not all bad. Professor Ozpin and Roman Torchwick’s voice actors in particular stick out to me as being very charismatic in their roles. There’s also a lot of sketchy animation. I’m no expert on this, but a lot of movements do come across as unnatural or unfinished. I’ve often seen the show compared to a PS2 video game, and I’ll be honest, that’s not a far off description. Yet, I don’t care, it doesn’t bother me in the least. So what if something is a little jerky here and there? It doesn’t impact the story that’s being told and it doesn’t detract from the enjoyment I’m getting from seeing these characters interact.

The one place where the show does tend to fail, and in a way that damages the way I look at it, is when the characters are trying to be serious. Unfortunately in these instances, the dialogue constantly comes across as cheesy and forced. When things get serious, the writing is just not thought out well, it constantly feels unnatural and it isn’t helped by the fact that this also tends to be when the voice acting is at it’s worst. On the flip side, when it comes to quick banter and comic relief, the series shines. Here’s where I really notice the difference between watching an american made show and an anime, the sense of humour is just so much stronger when there’s no language barrier or lip flaps to worry about. The one liners and constant quips kept a smile on my face through most of the characters interactions, that is until someone tries to get serious and the show’s momentum stops dead.

Now I’ve saved the best for last. Where this series absolutely kicks ass, and I mean that in the sense that anime creators should be taking notes, comes down to three things; the soundtrack, the character designs, and that oh my god, let me pick my jaw off the ground, fight choreography.

RWBY’s soundtrack was composed by Jeff Williams and features the vocals of his fifteen year old daughter Casey Lee Williams, a fact that shocked me when I learned just how old she was. I’m a music person, for me an average show can turn amazing given a great soundtrack. Most of the time I don’t even notice a show’s soundtrack, but when one comes along that stands out I make note of it, and I now have a list of preferred anime composers whom I get excited about when I read they’re attached to a certain project. Jeff Williams is someone I would get excited for. His music is full of energy and tends to fit the scenes perfectly. Even when all he needs is to create atmosphere, it’s enjoyable just to listen to. When the fight scenes come out, you recognize each of the character themes being woven in, and you just know the next few minutes are going to be awesome.

Now, if I hadn’t been growing slowly suspicious of this fact before, thanks to Blackrock Shooter, RWBY confirmed it for me. Character designs can make a show. It seems superficial, and yeah I suppose it is, but if you make something that visually appealing, it’s going to grab attention. I’m sure this is why it’s so popular among cosplayers, but that creates it’s own form of advertising, after all it was the character designs that first interested me in the show. If you go to an anime con and see absolute swarms of RWBY cosplayers, you’re going to be at least a little bit curious. On top of their great outfits, each character is given their own custom weapon which allows for a large range of fighting styles. Each character has their own colour scheme as well as an individual crest found somewhere on their clothing. I don’t know why it works, but it does. RWBY’s designers definitely know what it takes to make a character truly iconic.

And lastly, the fight choreography. This is a subject I know jack about. All I can do watch the show and compare it to why I typically see in anime. And what I see completely blows the normal away out of the water. I’m serious. I’m a shonen fan, this kind of stuff should be my bread and butter, but I can only think of a few shows off the top of my head that can compete with what RWBY has to offer. The team dynamics, the way they incorporate everyone’s weapon and fighting style to create these amazing combos… it’s incredible. I’m honestly worried that if these are just the students, how are they’re going to show characters that should be leagues above them? This is actually what Money Oum is famous for, and I believe it. The man is brilliant and I fear ever meeting him because I’d turn into a blithering fangirl based on the Black Trailer alone. I, like many fans, only wish there was more of it. 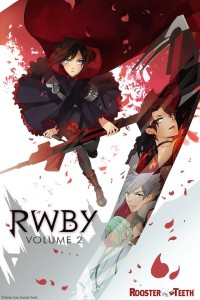 The first episode of volume two gives exactly what I’ve come to expect from RWBY, everything that was a problem in the first volume is still there, but so is everything that made it awesome. The opening scene is pretty cringe worthy.  Needless to say, they were trying to be serious. It introduced two new bad guys and their attempts to appear threatening failed hard. Add in an eye roll worthy Wolverine wannabe, and the episode was off to a shaky start. The next scene however, brought us back to Beacon and we see team RWBY talking about the start of second semester. They’re having lunch in the cafeteria when their friends, team JNPR, starts a food fight with them and all hell quickly breaks loose. What follows is easily the most epic food fight in the existence of food fights, showcasing once again what makes RWBY the amazing show that it is. Crazy weapons, amazing team work, insane antics, cute one liners, awesome music, and just a hell of a lot of fun.

While it started weak and then turned great, the episode ended on a mediocre note. The two bad guys from the beginning meet up with Roman Torchwick, the main villain of last season, and  Cinder Falls, the operation’s mastermind. Torchwick is the only saving grace of this scene, mainly because his dialogue is much more flippant than the others, while Cinder tries incredibly too hard to sound evil. Some of the lines put a smile on my face but Cinder had me hoping we’ll see less, not more, of her in the future.

In the end, I still loved the episode. I came for the quirky characters and great action, and I received it. Yes, it could have been better, but I don’t expect perfection from RWBY. If you enjoyed volume one, you’ll absolutely enjoy this episode. If you’re new to RWBY, you should definitely check out the first volume as volume two starts exactly where one left off. RWBY can easily be found online at the Rooster Teeth website as well as their youtube channel. It’s also available on Crunchyroll.