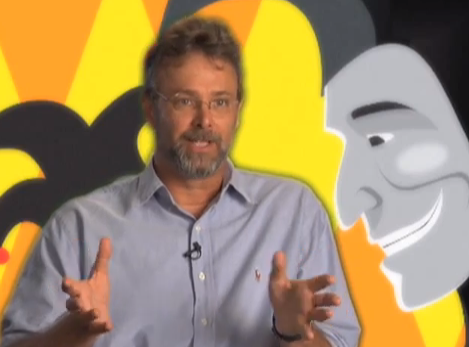 Movies and books have had a tense and complicated relationship over the last 100 or so years. Since Sherlock Holmes first stepped foot on the silver screen in 1900, literature has been a major source, if not the main source, of Hollywood features. Over the last 20 years, over 50% of Hollywood films have been adaptations and for the last decade, adaptations have outweighed the number of original screenplays in our movie theaters, according to writer and producer Stephen Follows.

With all that literary presence in Hollywood, it would seem that just about any novel or non-fiction work is ripe for the big screen. Yet, there are plenty of famous novels and writers that have never seen the light of day on the silver screen, such as J.D. Salinger’s Catcher in the Rye, Terry Gilliam’s Don Quixote, and David Foster Wallace’s Infinite Jest. There are several reasons why novels are not adapted: the author is a recluse who refuses to let anyone touch their work, they’re too dated to be entertaining for modern audiences, or they’re just plain unfilmable (stream-of-consciousness never seems to work for audiences, though the film version of American Psycho improved upon the verbal diarrhea that was Bret Easton Ellis’ novel and turned Patrick Bateman’s inner violence into a thoroughly engaging movie) to name a few. Yet, there are some works and authors that have fans who are frankly confused as to why they were never given the Hollywood treatment. Christopher Moore is one such example.

Moore, like other humorists and quirky writers, has a rabid fanbase and is known for being engaging and witty on social media. His novels, Lamb: The Gospel According to Biff, Christ’s Childhood Pal, Bloodsucking Fiends: A Love Story, and Fool, are all beloved by his fans and praised by critics. Lamb, probably his most famous work, is often recommended by readers and even taught in seminaries. Yet, even with the dedicated following and the numerous best-selling novels, not one of his works has been translated onto a screen.

In a Reddit AMA earlier this year, Moore claimed, “I was hired by a network to develop Island of the Sequined Love Nun for a series, but they wanted me to cut the supernatural elements out of it, which sort of crashed the whole concept. They ended up paying me to go away.” Another of his works, A Dirty Job, was owned by a production company that, according to him, “dropped off the planet.” Fans kept asking questions about adaptations of his works, his dream casts, and more but ultimately, he had no idea about any upcoming film versions of his books and that they only distracted from his real job of writing novels.

So, what are fans to do? Like Kurt Vonnegut (which whom Moore is often compared), Moore’s novels are engaging, clever, and hilarious while still having plenty of pathos and genuinely heart-breaking moments. His characters are complex and, when written in the first person, seem to be living, breathing, sarcastic, and damaged people. They seem to belong to the screen, rather than merely exist within the pages of a book. Instead, we have to rely on our imaginations or the audio book versions of his works.

Audio books have long been overlooked as merely something that old people buy when they can no longer read the tiny text in their favorite books. Young people, surely, only find them tedious or sleep-inducing and honestly, who wants to own 10 discs of a book? Yet, with the increased popularity of narrative podcasts (Welcome to Night Vale being the most famous example), audio books are getting a renewed swell of interest. Luckily for Christopher Moore fans, the audio adaptations of his novels are some of the best out there.

Morton’s background in theater and music is obvious in Fool. His lends Pocket a singsong quality to his voice, which makes sense as Pocket is, first and foremost, a performer who weaves plots of revenge while singing and juggling for the court. The Fool of Shakespeare’s Lear has always been acknowledged as one of the wisest characters in the play and, in the midst of the stormy madness of Lear, the sole source of levity. He also has a habit of breaking the fourth wall and implies that he is aware that there is an audience somewhere out there. In Moore and Morton’s hands, he is not only the wisest character; he is the instigator of a great deal of the action of Lear’s tragedy. He’s also hilarious, even in moments of death and despair, such as when he is reunited with his beloved Cordelia at the end of Lear’s tragedy:

There was so much to tell her, that I’d shagged her mother, and we, technically, were cousins, and, well, things might get awkward. It was my instinct, as a performer, to keep the moment light, so I said, “I killed your sisters, more or less.”

Morton deftly manages to make the more outrageous and bawdy jokes not too ridiculous (there is an awful lot of wanking in the story) and even imbibes Pocket with a genuine heart and deep love for Cordelia, regardless of all the seemingly consequence-free shagging of her sisters and nameless women about the castle.

He also juggles the numerous characters that inhabit Lear’s England with distinct voices and personalities. From Kent to Goneril to Oswald, no one sounds truly the same. If anything, the audio book succeeds in making the convoluted and treachery-filled plot of Fool easier to follow. One of the few complaints by readers about the novel, after all, was that the plot was simply too complicated. With Morton’s distinct vocal performances (including a high-pitched yet strong-willed Cordelia and the slow-witted apprentice of Pocket, Drool), Moore’s novel feels less like the writing of an American attempting to replicate British humor and slang and more like the fast-paced revenge of a sharp-tongued man.

Morton also performed the recent sequel to Fool, The Serpent in Venice, another skewering of the Bard’s work featuring more multifaceted plots of murder, mayhem, and sex. I’ve yet to get a hold of this audiobook, but if it’s anything like Fool, I know it’ll be one of the few audio books that does not put me to sleep but instead, makes me laugh out loud like, well, a fool.