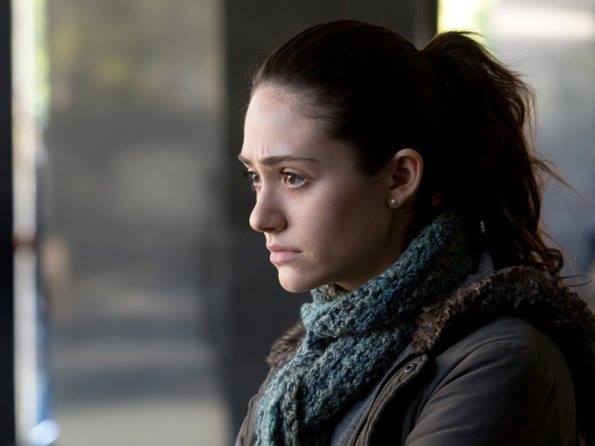 The one thing I’ve always loved about Shameless is the show’s ability to invoke strong emotions in me.  This week’s episode made me feel exasperation and disgust.  Things seem to be stabilizing a bit in the Gallagher household, but Fiona and Lip’s relationship has sustained permanent damage.  Gallavich shippers can rejoice in the brief reunion between Ian and Mickey and theorize of what’s to come.  This episode had a lot happening, so let’s get started!

Fiona completely boggled my mind this week with her refusal for the majority of the episode to accept responsibility for her actions regarding Liam.  There was no way she could have made it seem like she was not at fault and no defense she could have devised that would have absolved her of guilt.  The coke shouldn’t have been in the house and definitely not where Liam could have reached it.  The explosive confrontation between her and Lip must have been what finally got through to her, as she accepted the plea bargain worked out by her lawyer.  I had a feeling that she would receive a fair amount of probation and avoid jail time.  I am worried about what the Gallaghers are going to do for money now that Fiona is under house arrest for the time being.  With weekly meetings with a parole officer, it can’t be anything illegal.  I know that I’ve been pretty hard on Fiona in the past couple reviews.  She’s still one of my favorite characters and seeing her bend over backwards for her family has been one of the things I’ve loved the most about her.  But she’s screwed up big time, and I’m angry at her.

Okay, where the hell is Lip going to college?!  Initially I thought it was MIT in Boston, but there’s no way he can travel back and forth between there and Chicago, which is a fifteen hour drive by car and twenty two by bus (Thank you, Google Maps).  So if not there, then where?  On a different note, Lip and his roommate’s girlfriend actually had a civil conversation, with her taking care of Liam while Lip was in class.  Me thinks the writers might be trying to set something up between the two of them.  If they do, I hope they don’t have Lip self-destruct this relationship Fiona-style just because this girl is more “well adjusted” than him.  But the glib way that she talked about getting her hands on drugs for her boyfriend makes me think there’s more to her. 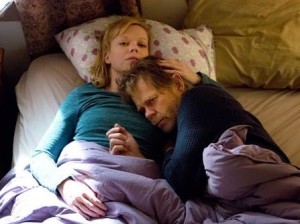 Is anyone else getting an Oedipus feeling from Sammi?  I don’t think that initial attraction she felt towards Frank has disappeared.  Her attachment to him has definitely deepened, and she was constantly seeking his approval in this episode, which seemed very unhealthy to me.  Her interactions with her half-siblings reminded me of Carl at the beginning of the season, where he was the only one caring about Frank.  It was beyond idiotic to bring heroin into the house, considering not only Frank’s health but the precarious situation the Gallaghers are in with custody issues.  I think Frank is in hardcore denial about the fact that he is dying.  He sees the kind of life he’s lived and is terrified by the fact that the majority of his kids won’t miss him when he’s gone.  His starting a blog, as if his knowledge is something the world cannot be without, was heartbreaking, and I applaud William H. Macy for breaking himself down like this.  The man is a master at his craft!

Kev and Veronica’s situation remains on unsteady ground.  The Alibi Room was robbed of all the rub-and-tug earnings, and Veronica found out that she lost one of her twins.  I don’t think everyone will like Kev and Veronica’s mixed reactions about the loss of one of their children, but considering all the crap they’ve had to put up with this season, I don’t blame them for feeling a little relief at having one less mouth to feed.  I just want them to catch a break and for things to start looking up for them again.  I don’t like seeing them struggle like this.  They did give us some funny moments in this episode, one being Kev going to Mickey for a gun and their conversation.  I love Mickey’s reaction of “you live in this neighborhood and don’t own a gun”, like he was talking to a complete idiot. 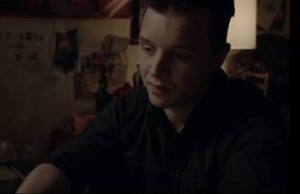 episode.  I loved him stomping through the gay bars, looking for Ian and not putting up with anyone’s crap.  I think he was just as baffled as I am with how far Ian has fallen.  It almost makes me wish Ian hadn’t come back when this is the Ian we get: one that’s strung out on drugs and giving lap dances to sleaze bags.  I hope that since they’ve put Mickey’s dad back in jail that this will allow Mickey to whip Ian back into shape and get him to start caring about himself again.  I know I was a bit down on Mickey and Ian’s relationship, but Noel Fisher is a fantastic actor who has made me (and Ian) fall in love with a character who was once described as “the dirtiest boy in Chicago”. 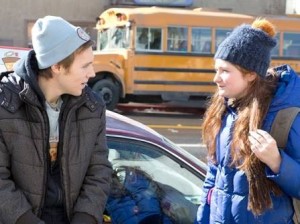 Debbie and Carl had some great moments as well.  I felt bad for Debbie, but I’m glad that Matt finally put a stop to his relationship with her.  I still think that he should have ended things much sooner, which would have saved Debbie some heartache.  I was petrified that she was going to actually resort to self-harm after their breakup, but her reaction when she actually cut herself makes me think she won’t be doing that.  Her two “friends” are back with their lovely advice, and I just wish they’d disappear again.  I felt bad for Carl in this episode at being bullied and marvel at how this actor can make Carl seem so innocent while being a little creeper as well.  Taking that Internet quiz to test Liam’s mental capacity was so adorable, and Carl climbing on the short bus at the end of the episode made me chuckle.  I love this balancing act between innocent and creepy that they have achieved with Carl and can’t wait for the actor to get meatier material like the actress playing Debbie.

All and all, this was a great episode with little moments for all the characters.  Next week’s episode looks rough, the divide between Lip and Fiona growing wider.  I think it is a bit extreme for Lip to take the kids out of the house, and seeing Robbie pop up again I want Fiona to beat him black and blue.  Or let me do it, so she can’t get in trouble.

What were your favorite moments from this episode?  Comment below and thank you for reading!