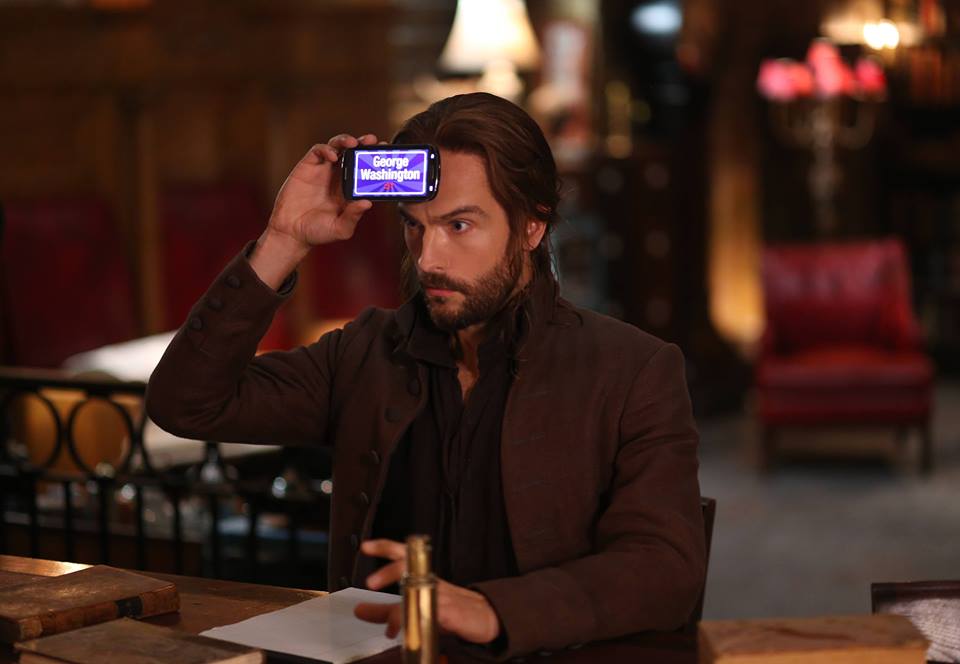 The best part about this week’s episode was that Hawley wasn’t in it. Well, that’s not really true because “Magnum Opus” was entertaining in a way that was reminiscent of last season in the best ways. But the lack of Hawley was also good. Sleepy Hollow is at its best when it throws out the rule book and embraces the mess, and this episode did that in a lot of ways. Sure, there are still a bunch of issues that carry over from the unfortunately underwhelming season so far, but overall it was a decent opener to the two part midseason finale.

To be honest, there are a lot of things I could complain about after watching “Magnum Opus”. Katrina continues to being used as a pawn or prize for every white male on this show. Captain Irving is still disconnected from the overall season arc, which is disappointing because it’s one of the more interesting storylines this season. And after being spoilt in last week’s Mills family focused adventure, Jenny’s back to being sidelined and under-utilised. But none of that is as important as the fact that Ichabod and Abbie were back together rewriting history and fighting demons. 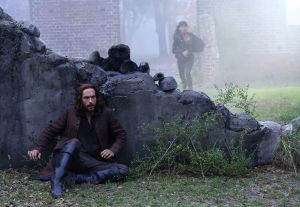 This season has been working hard to flesh out a bunch of new supporting characters in an attempt to give this show more of an ensemble cast. But the fact is, that the success of this show is largely due to the chemistry between its leads Nicole Beharie and Tom Mison. All they need is Abbie and Ichabod talking history and kicking butts (with a little help from Jenny) and people will keep watching.

Abbie and Ichabod were on form in “Magnum Opus” from Ichabod’s objections to George Washington not being a liar to the realisation that it will take both of them, together, to get to the magic sword. I really do love it when Ichabod gets all uppity about how history is wrong, because it’s kind of true, but at the same time the reason he knows everything is wrong is because he had person contact with every single well known historical figure during the American Revolutionary War. And they were all actually fighting a secret war against the end of days. Basically the Revolution was just a giant cover up. In another life Ichabod Crane is a conspiracy junkie… I wonder if he’s made any friends on the Internet.

Anyway, Ichabod and Abbie. Working together against the Headless Horseman. It really is like we’re back in Season 1. Except in Season 1 the Horseman of War was actually threatening and now he’s just a whiney asshole. You know what is scary though? The way he talks about Katrina. That’s scary because I’ve seen people say that he genuinely loves her. Sure he loves her, the same way I love my Macbook. Katrina is his prize, his reward and she was stolen from him by Ichabod. The only one that’s actually guilty of kidnapping Katrina is Abraham, but don’t tell him that because HE WAS SUPPOSED TO BE THE HERO! IT’S ACTUALLY ABOUT THE ETHICS OF JOURNALISM! NOT ALL HORSEMEN! We all know he’d be wearing a fedora if he had a head to put it on. 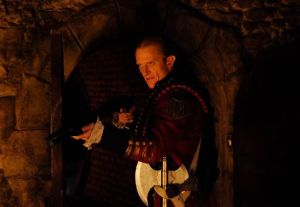 The connections between Ichabod and Abraham worked though – and it’s a testament to how much of a dickhead Abraham is that I’m not shipping them because best friends that end up fighting on opposing sides is my greatest shipper weakness. I liked that Ichabod had to accept that his choices were his own, and that it was not Abraham that forced him onto this path, it was his own decisions. Ichabod’s acceptance in contrast against Abraham’s continued instance that everything is Ichabod’s fault worked well to highlight what makes someone good or bad. Both Ichabod and Abraham are victims of circumstance but only one of them chose to become the Horseman of War.

While Ichabod’s identity crisis was engaging, Abbie’s decision that she is fighting for all the other women who have come before her was genuinely powerful and it’s disappointing that it wasn’t given the same screen time as Ichabod. I would have loved to see some flashbacks to Abbie’s ancestors, maybe her mother. Black women, fighting and falling throughout history. Now that would have been a powerful image.

At the end of the episode, Team Witness have the magic sword, but also Moloch has risen and blown the horn to call his army, so I guess we’ll call this one a draw. I’d say the forces of evil have this round because an army trumps a sword but then again they still have Abraham on their team and he’s the idiot who let the only two people that can stop them live when he had the chance to kill them.

So what did you think? Are you sick of Abraham’s whining? Did the Gorgon scare you out of your pants? How do you think our heroic heroes will get out this mess? Let us know in the comments.