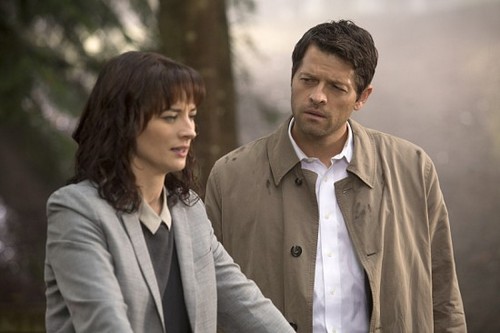 This episode seemed like a plot point setter, with resolutions to several storylines, information that propels on new stories, but an overall weak plot for the episode on its own. Much of the buzz around this episode before it aired was a sort of panicked concern over several elements, including the ever difficult topic of consent for the vessels of angels and demons, as well as humans who may be abused by them. The concern was mixed with an almost unwavering trust for writer Robert Berens, whom fans have lovingly dubbed ‘Bobo,’ because of his stellar track record with potentially troublesome episodes. For the most part, things turned out a lot better than expected and Bobo has been very receptive of feedback on Twitter. It wasn’t a perfect episode by any means, but when everyone was expecting a mostly triggery and offensive plot, we actually got something that explored the topic of consent and human possession on an unexpected level. More importantly, Hannah got a wonderful moment in the sun that fans have been craving.

WARNING: This review explores the topic of consent, both in regards to posession from angels and demons, and from a human  perspective. 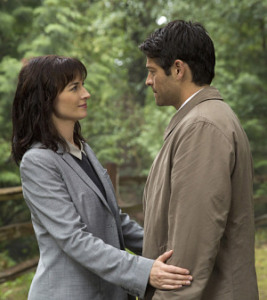 The character that stands out the most for this ongoing theme of human possession is Hannah. I’m deeply saddened that this means we’ll probably see the last of her, but I’m incredibly grateful at the amazing development she had this season when compared to her rather stagnant nature for most of last season. She was following down a similar path that Castiel took when he first arrived on earth, discovering the benefits of human nature and exploring emotions, but seemed to be a bit behind him on social cues. Castiel has always seemed to be a bit slower picking up on things like pop culture or idiomatic speech, but Hannah doesn’t even seem to recognize basic modesty in this episode. She stripped down in front of Castiel to go take a shower, which clearly put Castiel a bit on edge. My reading of the scene is that Hannah didn’t have any intention of making the situation sexual and simply wanted to enjoy a shower, but others may have read her intentions differently. Either way, it shows the difference in Castiel and Hannah’s relationship to the human experience at this point, which is a really interesting thing to contrast.

Hannah has to make a choice that Castiel hasn’t had to face for many seasons though, which is where the painful parts of the episode come into play. When confronted with her vessel’s husband, she heard her crying out for him in their head and was deeply affected by it. As Jimmy is no longer in the vessel anymore (as confirmed by writer Robbie Thompson via Twitter on October 15, 2013) Castiel hasn’t had to face this issue. We have no confirmation about when Jimmy left, but my personal theory is that he moved on to heaven after Castiel was destroyed the first time at the end of season 4. If my theory is right, that means Castiel hasn’t heard Jimmy in his head in over 5 seasons.

When confronted with her vessel’s human emotions, Hannah decides that vacating her vessel is more important than any mission she could have on earth. In this instance, Hannah’s actions actually inspire Castiel to research Jimmy online. Jimmy left a family behind when he died and left Castiel his vessel, which is something that Castiel may have passively thought about before, but clearly views in a different light after seeing Hannah tackle her own feelings on the matter. While he is incapable of giving Jimmy his life back, he seems to be curious about the family that got left behind during the whole affair. I’m interested in seeing where it goes. It’s a plot point many people have speculated on for a long time and I hope it plays out in a way that leaves fans satisfied. 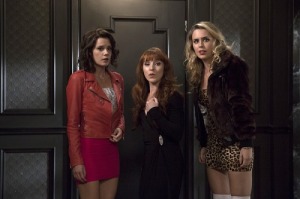 Hannah wasn’t the only character that we explored the topic of consent and possession with during this week’s episode. We got a very real exploration of consent with human subjects as the plot of the week centered around women who were forced into prostitution by a group of demons. This is flat out abuse no matter how you look at it. While the human women are in the driver’s seat for their own bodies, therefore not subject to another entity making it do things while they sit silently in the back of their mind, their free will has been stripped from them. They are technically in control of their bodies, but they don’t have any say about what they do with them.

They are abused by the group of demons before being ‘rescued’ by Rowena and forced to do things against their will again. This leads to one of the women being killed and the other fleeing for her life. The entire situation was unsettling for reasons that may or may not have been intentional, but overall this part of the plot wasn’t as compelling as it could have been. I wanted to learn more about Rowena, but I was too distracted by the trauma these girls had gone through to focus on her. I also had a hard time getting over their ridiculous outfits, which were far too cliche for a show that embraces its camp like Supernatural does. Basically, everything about the prostitutes bothered me to an extreme degree.

Alas, while the plot of the episode was in and of itself rather weak, the parts of the episode that set up things going forward were very strong. Rowena’s identity was revealed, and I have to take my statement back from a previous review where I dubbed her Abaddon Part 2. She is something entirely different. If Crowley’s final word of the episode is correct, Rowena is his mother. There was a time when I didn’t want more of Crowley’s background to be revealed because I was still imagining that this could somehow still be the same Crowley from my favorite book Good Omens, despite them having very different physical appearances. Now that that head canon has been shattered, I actually am really interested in seeing more about Crowley’s past, both before and after he became a demon. I hope this is an indicator that we’ll be getting more of that this season.  There’s a lot of rich ground to explore here and having Mark Shepard on my screen more often is always a treat. 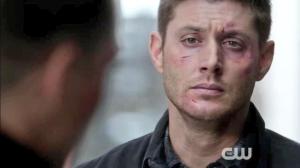 Another element from this episode that had more to do with the ongoing plot, as opposed to the self contained episodic story, was the addition of Cole. It seems that they’ve tied up his plot and sent him home packing, but him going home to his family fits the earlier theme of Castiel researching Jimmy Novak. Both Cole and Jimmy left families behind because of supernatural elements beyond their control. I can see how these things could mirror each other in future episodes and create an overall theme for the season.

This was also a vital moment for Dean though, as he had to confront things he did as a demon that he probably wanted to forget about. Him beating up and verbally abusing Cole was far from the worst thing he did as a demon, but it’s still something and he had to acknowledge this period of his life. He was also clearly very affected by Cole’s situation and wanted him to return home to his family. I’d be remiss if I didn’t compliment Jensen’s acting here. He manages to do so much with just his eyes and this scene was a standout example of that.

This episode could have been worse. The trailers could have been accurate and reduced Hannah to a love interest for Castiel. We could have had to tackle sexual consent issues with Hannah as well, which is a very gross territory to have to explore. Neither of these happened though. It’s unfortunate that we still had problematic elements with the forced prostitution and the death of a girl who’d been forced into prostitution. But this episode is redeemed by what it did give us in terms of plot and character growth. Almost everyone moved forward just a little bit this episode, and some, particularly Hannah, evolved dramatically. The only character who didn’t get to do much was Sam, which seemed a little jarring. There’s a lot more to come though, and I’m sure his time will come soon.