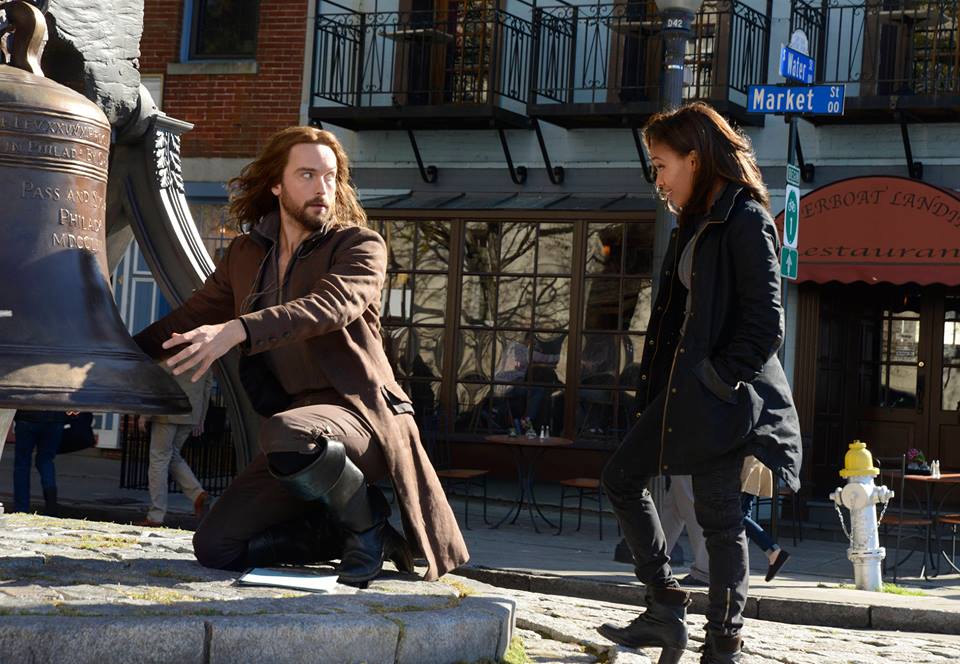 Catching up on two weeks of Sleepy Hollow and I’ve got to say, we’ve seen the best and worst of this show in the last couple of episodes. The whole idea that they need to blow up a seriously important resource because there were a couple of zombie soldiers guarding it was so stupid and that’s without explaining how that secret vault stayed hidden for so long in the first place. But the cliffhanger at the end of “Awakening” could be the best thing that happened to this show. Then again last season ended with a fantastic cliffhanger and they managed to screw that up about five minutes into Season 2.

Here’s what went down in the last two episodes of Sleepy Hollow: 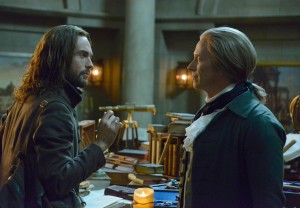 In“What Lies Beneath” construction workers stumbled upon a secret bunker and decide to investigate because apparently they forgot that they live in Sleepy Hollow. Somehow they’re surprised when some kind of monster attacks them. Soon Ichabod and Abbie are one the case because Reyes has given up and just decided to let Team Witness handle all the weird crap that happens in Sleepy Hollow. Anyway, turns out Ichabod got rejected by Thomas Jefferson and he’s got a grudge about something so when he discovered a digital version of his old mentor in the hidden bunker, guarded by zombie soldiers, he decides to blow it up. Okay it’s a little more complicated than that but what happens doesn’t make much sense and doesn’t really impact the future of the show all that much so just ignore it. Also Abbie made a deal with the devil, I mean a journalist and Henry dropped by to visit his mother.

In “Awakening” Henry casts a spell using a bell, but it doesn’t work, so he enlists the help of his mother Katrina who has FINALLY gone dark!side. Which is a relief because we all knew it was going to happen, they were just dragging it out as much as possible. Henry and Dark!Katrina team up to awaken all the potential witches in Sleepy Hollow so they can create a super-coven and rule it together. Abbie and Ichabod are against this, because it means a whole bunch of innocent people are going to die. So Katrina finally has to choose between Ichabod and Henry and Ichabod has to chose between his marriage and his mission. It’s all very dramatic. Meanwhile Irving has gone full-evil and it’s up to Jenny to keep him busy so the witnesses can do their thing. In the end Abbie shoots Henry, and Katrina does not take it well, resulting in a spell that sends her Abbie back to 1781.

Talk about a plot twist right? The way the final scene mimicked Ichabod’s first moments in the 21st century was brilliant and I’m actually really excited to see where it goes next. I am glad that they finally let Katrina go darkside. It’s be super obvious that this was the direction they were taking her for some time now and for most of this season she was stuck in limbo as if just waiting for her storyline to begin. I’m SO HAPPY that Henry is dead, not that I didn’t love him as a villain in Season 1 but he’s been a total drag since then. With the whole rewriting past idea, there’s a good chance Henry will return, but for the moment he’s out of the way at least. 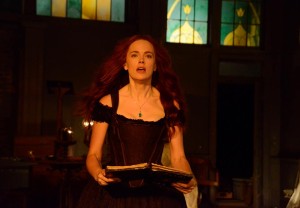 For a moment, when we found out Abbie was back in 1781 I thought that they had finally split up her and Ichabod for good. That would be the end of Sleepy Hollow for me because the only thing that holds this show together sometimes is Tom Mison and Nichole Beharie’s chemistry. Luckily it looks like the dynamic duo are still going to get screen time together – even if their relationship will be significantly altered. I’m curious to see how this relationship will play out with their positioned reversed. The possessed Frank Irving storyline ended with a whimper when Henry’s death apparently freed Irving’s soul. I think it would have been been better if Jenny had actually used the Gorgon’s head and turned him to stone, because at least then there would have been somewhere to go from here. It was all too easy, so either it was bad writing or we haven’t seen the last of Soulless!Frank.

All in all, while “What Lies Beneath” was kind of a waste of space, “Awakening” was exciting enough to entice me back for the season finale. What about you?