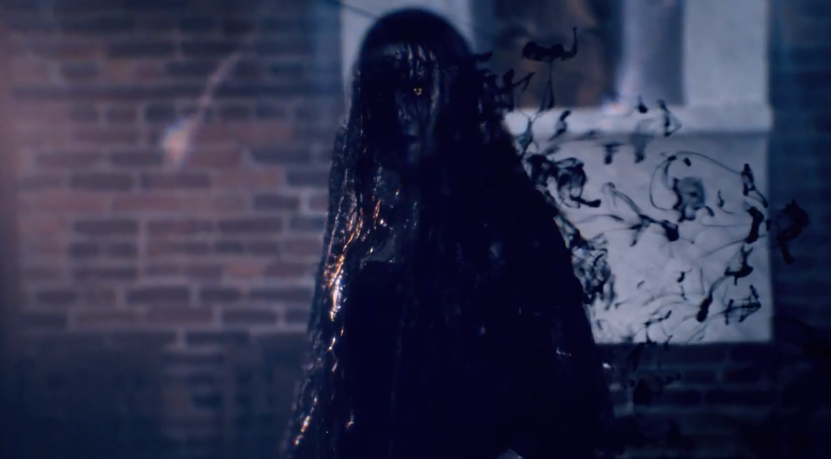 There were definitely several obvious weak points in the latest episode of Sleepy Hollow, “The Weeping Lady.” There were several times where either I or my sister, who was watching it with me, said aloud, “Oh God, not this again.” But by the time the credits rolled, we just didn’t care. “The Weeping Lady” was such a fun, quirky episode that for all its weaknesses, we thoroughly enjoyed ourselves and count it as the best episode so far of Sleepy Hollow’s second season.

The weak points, just to get them out of the way, included Ichabod Crane AGAIN personally knowing the colonial-era figure at the center of the episode’s mystery. Ichabod really got around in the 1700s because he straight up knew everybody, apparently. This time, it was his former fiancée, Mary, who arrived unexpectedly in the colonies to whisk her beloved Ichabod back to England. This brings me to the next weakness: the crazy ex-girlfriend trope.

It’s a time-honored tradition in pop culture to illustrate the instability of women by portraying a blindly in love woman going a bit off the deep end when she’s rejected. For the majority of the episode, the audience was led to believe that this is what had happened to Mary to turn her into the Weeping Woman of Sleepy Hollow, a local legend of a jilted woman in black who drowned herself. The truth about Mary’s demise and transformation into a thoroughly creepy black-laced apparition (one of the spookiest monsters Sleepy Hollow has ever given us) is actually more complicated than that, thank goodness, and its revelation resulted in a thoroughly surprising twist that sparks a hint of discord between Ichabod and Katrina. 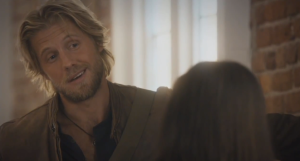 The final central weak point was Nick Hawley, who keeps showing up even though he literally has no narrative reason to be in Sleepy Hollow. It’s implied that he had a past relationship with Jenny Mills but he ultimately is regulated to that guy in your video game who hands you some special weapon before you go on your mission. Also, just how he gets his hands on these incredibly rare and dangerous artifacts is barely touched upon, so I actually hope there is an upcoming twist on him; perhaps he’s secretly evil or a demon or something more interesting than just a handsome guy.

The highlight of the episode was the interaction with Abbie and Ichabod. What is the term for heterosexual queer-baiting? Because Sleepy Hollow has been doing a lot of that lately. This episode was filled to the brim with moments that should inspire plenty of works of fanfiction and fanart this week staring our two heroes. Their relationship has always been the heart of the show but the hints of a romantic relationship are becoming more overt and frankly, I’m not sure how I feel about that. While the shipper in me swooned over Ichabod calling her “Abbie” rather than “Miss Mills” or “Lieutenant,” I still worry that romanticizing the two will cause the show to jump the shark. Besides, the subtle hints are always more fun than actual canon relationships. 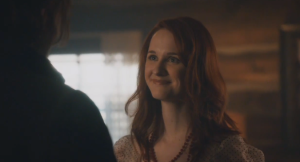 As I said earlier, the titular Weeping Lady was thoroughly eerie and as someone who loves ghost stories and folklores, I found her to be one of the most enjoyable and engaging baddies so far in this series. The initial scenes where she appeared were some of the creepiest so far. I also greatly enjoyed the sweet subplot of Ichabod’s friendship with Caroline, a DIY-junkie and Revolutionary War re-enactor. It was amusing to see her wide-eyed crush on Ichabod and his sweet-natured desire to remain friends with her. It was also just nice to see Ichabod interact with someone who is not a part of the whole Apocalypse thing and just be a friendly, charming guy.

Overall, “The Weeping Lady” had basically everything a fan of Sleepy Hollow could wish for: humor, heart, scares, and the hint of a wedge being driven between Ichabod and Katrina. Finally.

What did you think of the latest episode of Sleepy Hollow? Tell us in the comments below!