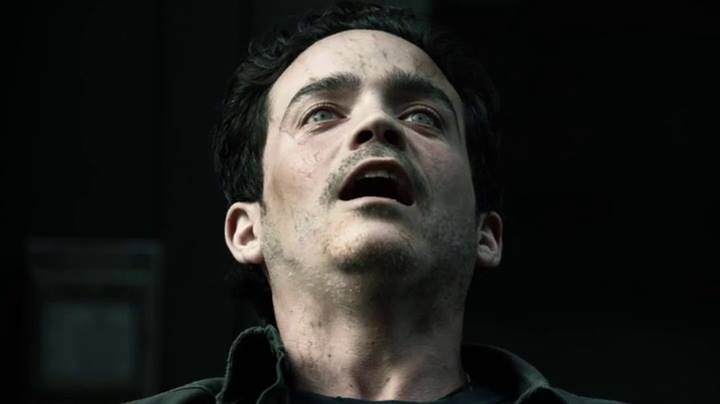 This week’s episode of Gotham, though enjoyable, still left me unsure about the future of the series. With 75 years of material, there are a lot of things writers can play with. However, it all comes down to execution and I felt “Viper” let me down.

Is it just me or is the show following the ‘case-of-the-week’ blueprint? This week introduced a drug in the streets of Gotham, called Viper. I kind of liked how it was linked with Venom. Fans of the Batman comic books must’ve enjoyed this little nod to Bane because I sure did. The effects of Viper were more or less the same as the infamous drug that gave Bane his powers. The drug gave its users superhuman strength. However, the side effects included a constant urge of drinking milk, or anything having calcium in it.

This is where the show started to look like three stories in one show. On one hand Gordon and Bullock were busy solving the ‘Viper’ case, while on the other, Penguin was getting close to Maroni, and Mooney initiated her plan to take down Falcone. Not to mention, little Bruce Wayne was actively trying to uncover corruption in Wayne Enterprises. The show is trying to deal with a lot of plotlines at once, and I wish it took a breather from time to time. There’s no need to force every character into every episode. 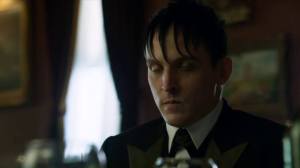 The show has been able to build my interest in Cobblepot every week. He’s slowly rising in rank and I wouldn’t be surprised if he ended up attacking Fish Mooney and Falcone while they are busy trying to destroy each other. Robin Lord Taylor has done an amazing job with the character and I had no idea he would quickly become one the best characters from the show when I started watching Gotham.

Though I like Fish (Jada Pinkett Smith), I do feel the writers need to add more layers to her because she’s in danger of becoming boring and one-faced, something that was also talked about in our review of the previous episode of Gotham. I liked how she used Liza to attract Falcone by reminding him of his mother. But is Falcone really so dumb to fall for such a plan? A girl just randomly happened to meet him, singing his mother’s favorite opera tune?

Little Bruce Wayne actually felt as if he belonged in the episode this week. I don’t mind him snooping around and finding the person or people responsible for his parent’s murder. However, the writers need to keep giving him such scenes if I’m to remain interested in him. When will he and Selina actually get to meet each other? The wait is killing me!

I’m still waiting for the writers to make me like Gordon (Ben McKenzie). Maybe I know that Gotham will never get better no matter what he does and that’s why I don’t really care about his scenes?

All in all, Viper was an enjoyable episode because of Penguin, the nod to Bane, and little Bruce Wayne finally getting something to do.

Did you see this week’s episode of Gotham? Let us know your thoughts!

Previous:Sleepy Hollow Review: 2×5 “The Weeping Lady”
Next: Check Out a Q&A with Chloe Bennet of Marvel’s Agents of S.H.I.E.L.D.