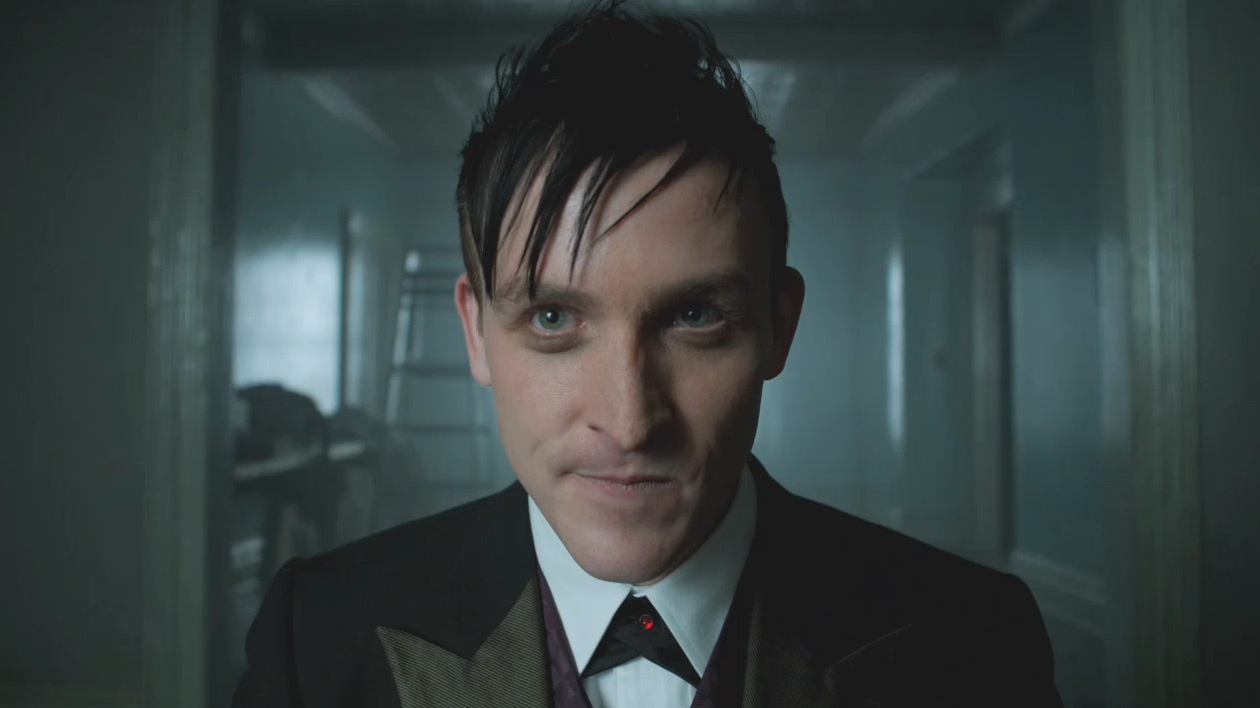 I never thought I’d actually care about the Penguin.

Years of being an avid Batman fan and not once have I given Oswald Cobblepot more than a perfunctory notice. But if Gotham has accomplished one thing, it’s made me interested in this character.

As portrayed by Robin Lord Taylor, Cobblepot is a dynamic and engaging secondary character who deftly stole the show from Jim Gordon and the young Bruce Wayne. The latest episode, “Arkham” planted the seeds of Cobblepot’s slow climb towards the top of the high society crime world. It also brought viewers to the ruins of Arkham Asylum for the first time, a location as integral to the Batman mythos as Gotham City. 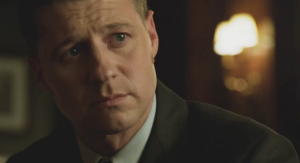 “Arkham” hinted at the start of the war that Cobblepot warned Jim Gordon about back in the pilot. Land deals, gang wars, politicians in danger of being killed by hired hands, and grandiose plans for Arkham and Gotham as dreamed up by the Wayne’s were all major plotpoints of this episode. It seems that Gotham is finally starting to find its footing and beginning to really delve into a long-term narrative beyond the whodunit of the murder of Thomas and Martha Wayne. Here’s hoping that with the recent order of six more episodes this season, Gotham will continue to strengthen its writing and character building. 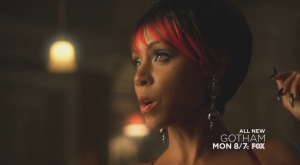 Of course, Gotham still has its weak points: Fish Mooney is becoming a broken record with her weird accent, overt and ridiculous sex appeal, and vaguely threatening demeanor. Sadly I’m already bored of her and I sincerely hope that the writers breathe some new life into her soon. I was especially thrown by her exploitation of two young auditioning female singers for her club. I understand that it was meant to show her ruthlessness but it felt a little too gratuitous. Also, maybe I’m just getting old, I find the violence in Gotham shocking, particularly that opening death scene.

I’m still torn about the portrayal of Barbara. Until “Arkham,” I felt that the writers had no idea what to do with her and thus simply made her a pretty face who lounged around her incredible penthouse and expressed vague worry about her boyfriend. Her past relationship with Renee could’ve been mere queerbaiting, and I’m still on the fence over how the show is portraying a queer relationship. In this episode, Barbara finally stood up for herself and expressed agency and I liked it.

The setting is also still throwing me. I’ve come to accept that Gotham takes place in an Archer-esque universe of flip phones and office workers who use typewriters. The actual sets, however, are beautiful and I still am a huge fan of the GCPD building. I can’t wait to get a look inside Arkham Asylum.

While I do enjoy Cobblepot, I missed Selina Kyle in this episode. I definitely want to see more of her and maybe less of Gordon and Bullock butting heads over the same issues every week.

Overall, this was a stronger episode than last week and I hope it’s a hint of exciting things to come in the Gotham universe. So tell us what you thought below! How do you feel about Gotham’s portrayal of women? What do you hope to see in Arkham Asylum?