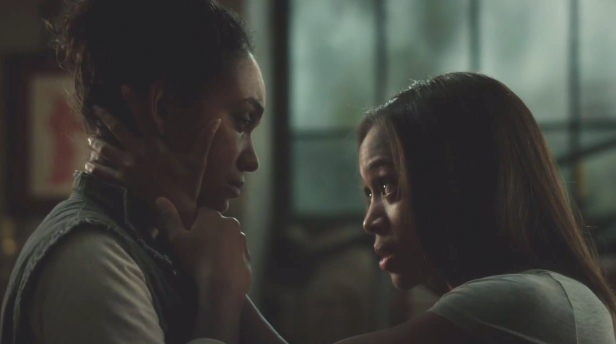 If this week’s episode of Sleepy Hollow accomplished anything, it was proving that Ichabod and Katrina drag the show down and the true heroes are Abbie and Jenny. But we already knew that, didn’t we?

The last several weeks have featured some of the dullest and most painful episodes of Sleepy Hollow’s short life. Why, might you ask? Simply because they focused almost entirely on Ichabod and Katrina. The writers, with this week’s episode, “Mama,” finally seem to have realized that Ichabod is the sidekick and Katrina is dead weight. Sleepy Hollow is simply more interesting, engaging, and exciting when the episode focuses on Abbie and Jenny.

“Mama” was a compelling exploration of the complicated childhoods of the two sisters and featured some of the best acting from Nichole Beharie (Abbie) and Lyndie Greenwood (Jenny). They deftly illustrated the residual pain of growing up with an apparently mentally ill mother, and also as children who had to experience a parent’s suicide. While these were all aspects of their past that the viewers were already aware of, this episode was the first time we saw them in graphic detail. And it was quite heart wrenching. 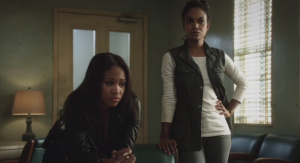 To be honest, I found this episode to be both disturbing and challenging, but not in a bad way. While I do think Sleepy Hollow probably should have started the episode with a trigger warning (the theme of suicide was rampant in this episode and portrayed quite explicitly), I found that “Mama” not only kept my interest but also made me think. Though we know that the demons that Jenny and Abbie’s mom saw were real, I couldn’t help but contemplate how difficult it must be for the innumerable children who grow up with parents dealing with mental illness. I was glad that the portrayal of these demons wasn’t hokey as that would have diminished the poignancy of their mother’s struggles and Abbie and Jenny’s own turbulent relationship with their mother and their past.

I also enjoyed the use of the ghost/demon nurse, who I felt was a suitable and interesting monster of the week. Sleepy Hollow seems to do its best when the baddies are ghosts rather than monsters from folklore. Its ghosts are usually the scariest of all villains and also the most fun to watch.

In terms of weakness, I’m sorry to say that the scenes featuring Henry and Katrina left me cold. I’m sick and tired of Henry playing on Katrina’s guilt over being an absent (dead) mother and maternal instincts. I’m also sick and tired of his smugness. I enjoyed Henry last season but he’s become quite one note recently. Katrina, in her new sexy, modern wardrobe, is still wide-eyed and at the whim of a man and the creepy, Oedipal relationship between her and her son (and the new demon baby) is also getting old quickly.

Ichabod was adorable as usual, though I have to admit that I did not miss him though he was largely absent from this episode due to a cold. Even Hawley wasn’t that unbearable, though I derived great amusement from Ichabod’s overt disdain for him (I feel you, Crane). 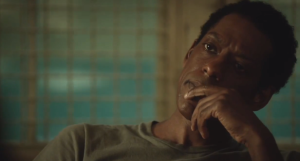 I’m also glad to see Irving get more screen time and the ending hinted that he will finally have more action next week (the fall finale). I’m definitely pleased with that and I’m terribly anxious about how they solve the problem of his soul. Like Abbie and Jenny, Irving is a character that I hate to see suffer.

I sincerely hope that next week’s finale lives up to its promos, though I have a sinking feeling it will be Katrina-and-Henry-heavy. Good grief.