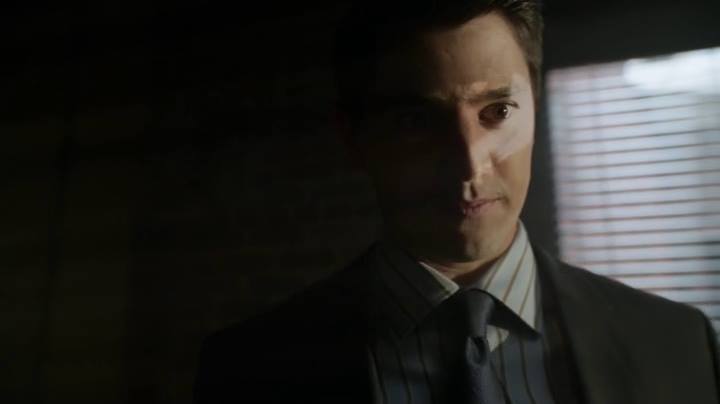 I have a question for the writers of Gotham: Why is it the character, whose name the episode is titled after, has the shortest screen time? They did the same thing with ‘Selina Kyle‘ and repeated it this week with ‘Harvey Dent’. The episode was still able to keep me interested because it gave me what I had been waiting for since the premiere: Selina and Bruce finally meeting each other!

The plot of ‘Harvey Dent’ wasn’t that exciting even though it introduced Firebug from the comic books. I liked Nicholas D’Agosto as Harvey Dent. The writers even gave him a two-faced coin with some occasional anger issues. Was it just me or did anyone else notice half of his face always hiding behind a shadow whenever he popped up on screen? Like I said, I would’ve preferred to see more of him in the episode.

The interactions between young Bruce, Selina, and Alfred made the episode for me. Gordon took Selina to stay with Bruce because she witnessed the Wayne murder. Alfred didn’t warm-up to Cat at first but he changed his mind after seeing Bruce being a kid during a food fight with her. 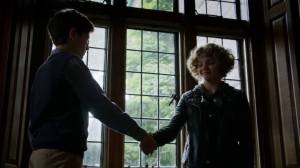 I enjoyed watching an awkward Bruce Wayne especially when it looked like Selina was about to kiss him. As far as I’m concerned, I wouldn’t complain if she stayed with Bruce for a few more episodes. It would be great if Ivy got to interact with the two kids this season as well.

I don’t know why Selina lied to Bruce about her mother being a secret agent. I guess she didn’t want to connect with him more than necessary by telling her she was an orphan too. Or maybe the show will take some liberties with comic book canon and introduce Selina’s parents along the way?

Penguin (Robin Lord Taylor) was also in the episode, but he seemed to be doing stuff in the background. He figured out that Liza was working with Fish Mooney (Jada Pinkett Smith) to take down Falcone. He told her that her secret was safe with him. Knowing Penguin, I wouldn’t be surprised if he already thought of a way to use Liza to go after Fish and Falcone at the same time.

Gordon (Ben McKenzie) spent most of the episode trying to catch Firebug, and dealing with his relationship problems with Barbara. At first it looked like Barbara left Gotham but it was revealed that she had re-kindled her relationship with Renee Montoya.

Now, I don’t have anything against female romantic couples and would be glad to see more of them in every show. But this particular pairing didn’t feel right to me. I already know Barbara is going to end up with Gordon in the end and give birth to two kids, Barbara Gordon and James Gordon, Jr.

So, a relationship with Montoya really isn’t going to lead anywhere. I would rather the show flesh-out Montoya as a character in the coming episodes. I’d like to see her start a relationship with someone else, that way she’d have more to do in the show and not just serve as the third-wheel that causes drama between Gordon and Barbara. I don’t want to see female romantic pairing just for the sake of it. Tell me more about the females that lock-lips on screen rather than showing them in bed together to cause drama.

Mayor James also decided to reopen Arkham Asylum. Who’s willing to bet someone is going to release all the criminally insane prisoners and wreak havoc in Gotham?

Did you watch this week’s episode of Gotham? Were you hoping to see more of Harvey Dent? Did you enjoy Selina and Bruce meeting each other? Let us know!