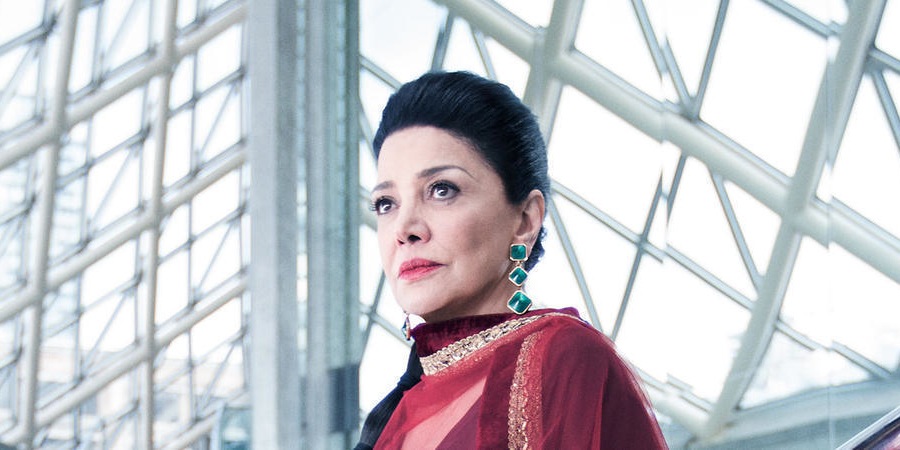 When the trailer for the new installment of the Star Trek reboot series, Star Trek Beyond, was released, I was less than enthused. However, the casting of Shohreh Aghdashloo, who plays Chrisjen Avasarala on SyFy’s hit series The Expanse, has me very interested in this movie again.

Lately it’s been hard for people to believe that I’m more of a Star Trek (TOS and reboot, mostly) fan than I am a Star Wars fan.  I’ve been singing the praises of The Force Awakens and extremely annoyed by the trailer for the upcoming Star Trek Beyond film.  Furthermore, while I generally enjoyed Star Trek Into Darkness, I had a lot of bones to pick with it in my review.  Friends have feared I’ve swapped teams here and started to love Star Wars more than Star Trek.  And maybe, just maybe they were right.  Star Trek, what are you doing? I’m heart broken over here.

However, the news of Aghdashloo’s casting in the new film has revitalized my enthusiasm for the new installment in the Star Trek universe.  Sure, that trailer was absolute crap, but The Expanse is the most stellar science fiction show in ages (check out my recommendation over at Friends of Comic Con).  Aghdashloo’s performance as the Deputy Undersecretary of the United Nations was no small part of what makes that show so incredible.  Honestly, the show is all around amazing, but her acting talent and screen presence in particular is worth noting.  She made a harsh, initially antagonistic character seem grounded and very real.

So what do we know about her character in Star Trek Beyond?  Not a whole lot so far.  According to Deadline, she’ll be playing the “High Command of the Federation.”  So… another bad ass space government woman? Is Aghdashloo being typecast?  I’m totally fine with this because she’s kind of amazing in this type of role.

There can’t be too much filming left for Star Trek Beyond.  It’s scheduled release date is July 22nd, 2016, just four months out.  Filming for the next season of The Expanse begins next month, too.  While this does seem rather last minute for casting news and conflicts with her TV show filming schedule, I’m finding it hard to be bummed about this.  Even if she’s only on screen for a minute or two, I’m sure my fangirl heart will be so enamored by her presence it’ll elevate my overall review into a positive direction, even if my greatest fears – that this installment will be a wall-to-wall action flick with no heart – turn out to be true.  I’m excited to see what she brings to the table.