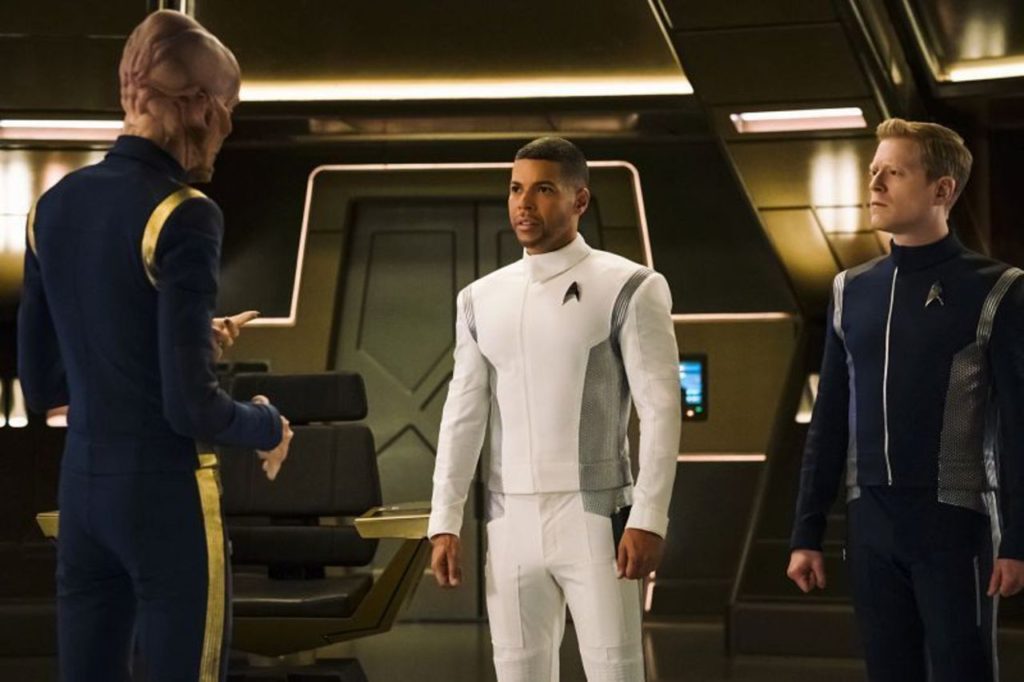 ‘Choose Your Pain’ delivered on multiple levels.  It fleshed out characters besides Burnham, balanced both the A and B plots, and introduced the long-discussed same sex couple that many of us have been waiting for.

One of the complaints I’ve heard about Star Trek: Discovery is that it focuses too much on Michael Burnham instead of being a truly ensemble show.  ‘Choose Your Pain’ gives her the B plot while the A plot is given to everyone else.  We learn more about Lorca, Saru, Stamets, and Culber.  With Lorca gone, the crew becomes determined to rescue him, which places Saru in charge of the Discovery and sets forth a series of events that may drive the plot for the rest of the season.  Under Saru’s leadership we see resistance from Stamets, Culber, and Burnham over his decision to endanger the tardigrade to rescue Lorca.  While Stamets and Culber retain their positions on the Discovery, Burnham gets confined to her room, thus allowing the other characters to take a more active part in the show. 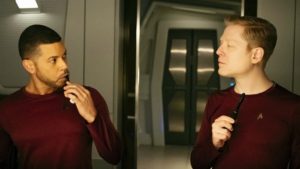 It turns out my prediction from last week was correct.  Stamets and Culber are the same sex couple we’ve been waiting for.  I’ve known about Anthony Rapp’s character since they cast him, but wasn’t sure who he’d be paired with.  I sensed a chemistry between them, though, and it turns out I was right.  The way they introduced them as a couple was perfect, too.  A lot of time people complain about same sex pairings being forced into the plot or being gratuitous.  Their introduction was simply them having a conversation as they prepared to go to sleep.  Haters will be hard pressed to take an issue with that type of introduction without admitting that their issue with it is simply the fact that it’s a same sex couple.  I personally don’t feel like we need to tone down anything for a heterosexual audience, but doing it this way will expose what people’s issue with it really is.  Well played, Star Trek: Discovery.  Well played.

My opinion of Stamets also jumped a great deal this week.  “Choose Your Pain” showed him willing to sacrifice himself for the cause, which is both an admirable trait and a cause for dramatic tension.  His actions caused Culber to worry for his safety and is what made their introduction as a couple possible.  Culber doesn’t want him to sacrifice himself again.  He loves him too much to watch him die. 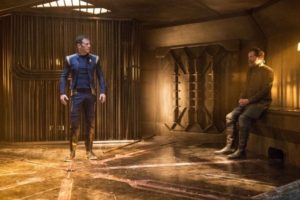 Many lightyears away we have Lorca, who has found himself captured on board a Klingon vessel.  I’ve loved Lorca since the beginning.  I find his mysterious and morally ambiguous nature appealing.  But him choosing to come back for Ash when he could have just saved himself shows that he does have the capacity to care deep inside.  He just chooses who he cares about wisely.  Some might argue a Star Ship captain should worry about all creatures, and that’s totally fair.  But that’s just not Lorca.  This is the captain we have.

A lot of speculation has been made about Ash.  Surviving so long on a Klingon vessel is unusual to say the least. It’s strongly implied that he’s being sexually assaulted by L’Rell while he’s being held captive.  Some are speculating that he’s Voq in disguise, but I’m not too sure about that.  I do, however, feel he’s going to be pretty damaged psychologically so whether he’s Voq or not, he will have some baggage with him as he integrates himself into the Discovery crew.  It’s a really heavy ordeal that he went through.

Also, hello there Harry Mudd.  Despicable as always, I see.  You’ll be back to annoy people.  I can tell that already.

“Choose Your Pain” also has the first f-bomb of any Star Trek series.  Some people have been put off by this, but with all the nudity in previous Star Trek shows and movies, and the violence in this very episode (Klingons disintegrating, humans being brutalized and murdered, the tardigrade being tortured), I do wonder why they much so much emphasis on the f-word.  I understand wanting to steer clear of profanity.  We don’t use that language on this website either.  But we also don’t show grotesquely violent imagery or nudity.  It feels like a double standard being used just to rage against the new series.

This episode was incredible all around.  Besides the various homophobic comments on the Internet and the pearl clutching over the f-bomb, it seems it was generally loved by most fans new and old.  There’s hope for Star Trek: Discovery yet.