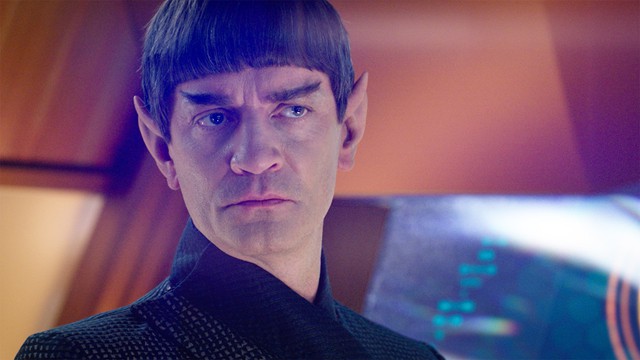 I have a severe Vulcan bias, so it’s no surprise I was absolutely thrilled with “Lethe”.

More Vulcan family drama, please! I know we won’t get Spock (or at least that’s what they are currently saying), but the small glimpse into Michael’s upbringing in “Lethe” absolutely satisfied my need to see what life is like in the blended Vulcan-Human family.  This is the type of stuff that inspires awesome touching fanfiction and I really need that side of fandom to thrive right now.  For me, a vibrant fanworks community is the only thing that feels lacking, because the show is absolutely delivering on all fronts otherwise.

In “Lethe”, we see that Sarek was essentially forced to choose between allowing Michael or Spock to participate in the Vulcan Science Academy’s expeditions and missions.  Sarek chose Spock, who in turn rejected that path in favor of Starfleet.  This decision is what he returned to over and over again as he lay dying.  It’s horribly depressing.  I am, however, fascinated at the incredibly deep (yet clearly wrought with tension for various reasons) relationship between Sarek and Michael so I’m fine with being emotionally compromised over this. 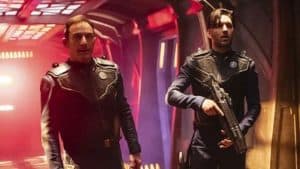 Moving on from my clear Vulcan story bias, this episode also made me sort of change my tune about the Ash is Voq conspiracy theory.  I thought that idea was rather silly, but this episode they dropped two subtle lines that make me think it could be possible.  One referencing him “not really being from Seattle.”  The other clearly states he “fights like a Klingon.” And, well, there’s also this (spoiler warning if you consider casting information as spoilers).  I guess I’m signing up for this conspiracy now.

Besides these two plot points, a lot of the episode was spent diving into various characters’ psychology.  There is an excellent psychological breakdown of Lorca and his reaction to events in the episode, especially Admiral Cornwall.  Instead of trying to summarize his fantastic insights, I’m just going to link to it here.  Seriously, give it a read. It’s a great analysis.

And in other news, it seems like I’ll be doing these reviews for a long time to come as Star Trek: Discovery has been renewed for a second season.  More Vulcans, please! More Tilly! More morally ambiguous Lorca! More Stamets and Culber! All of this is great.

And I’ll just leave you with this tweet for now.

Look who got voted in for a second term! Let’s pray for the future Federation’s sake we’re the only one#GoBoldlyOrGoHome#StarTrekDiscovery https://t.co/oqB0Mz5qVi