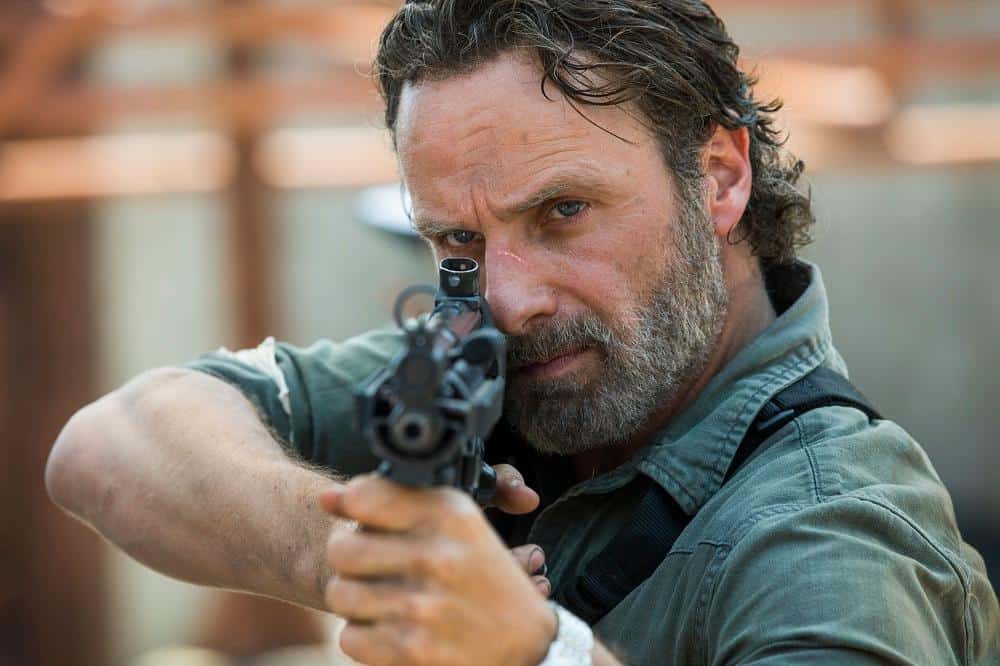 The Walking Dead, the show we love to snark about, is back with its 100th episode and it’s… just about the same as it was. After seeing Nicotero would be directing the season 8 premiere, “Mercy”, I could only come to two conclusions: it would be amazing or it would be weird as hell. After all, he did direct ‘What Happened and What’s Going On’. This episode was the latter, and it appears that the disappointment train has pulled out of the station and it’s full steam ahead.

I want to love the show — I really do. It used to be my ‘wind down’ tv show and the show I watched with my family. But someone needs to take these scripts and these episodes away until the writers and the producers (I’m looking at you, Scott Gimple) straighten themselves out. They continue to promise that the next season will be the best one yet, but it’s one snoozefest after another. I understand y’all are proud of the little empire you’ve built, but I’m here to call you out.

If I’ve learned anything about Nicotero and his directing, it’s that it’s 100% film school student aesthetic. He loves time travel and edgy angles. Speaking of time travel, the entire episode leaped unceremoniously from the past, to the future, to the present, to the future without any rhyme or reason. In a shimmery dream-like sequence, Rick becomes crew-cut Gandalf the Grey while Weird Al plays in the background. I kept asking myself: “Is this a Tyrese level fever delusion? Is Beth going to pop out with a guitar? Is Rick finally dead?” We’re zapped back to present-day Rick who’s giving what I can only assume is a pep talk in the bed of a pickup truck, like you do. It’s time to go Negan hunting, yeehaw! 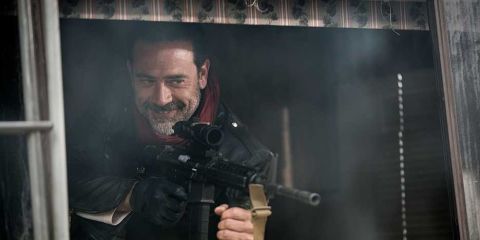 Dwight and Daryl are super cute crossbow pen pal twinsies. Using snail mail and pigeons is so passe; substitute them for giant skinny spears of death. It took me way too long to catch onto that scene, and I gotta know, where the hell did they manage to find a Sharpie that didn’t have all the ink dried up? Probably bought it from the same walkers who mow the grass and give people haircuts. It’s only one complaint in an entire list of beefs.

The scene with the Microwave Man talking to Carl at the car graveyard (there’s seriously no other word for this) is pointless. The end of the episode where Carl returns to the spot with some tin cans of who 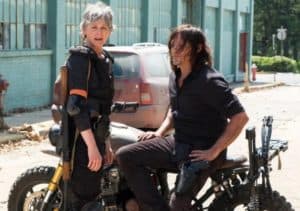 knows what also served little purpose unless it’s introducing us to another character that will be playing a larger role in the show. Can we talk about how Carl’s voice is legit DEEP AS HELL?

Daryl rides around on his bike and blows things up with a pistol. The explosions were exciting, but the entire time all I could think was: “THE BEACONS ARE LIT. GONDOR CALLS FOR AID!” Tara chews an endless rope of stale Twizzlers and stares at her watch. We get it. Edgy. Artsy. But there are a few questions I have. Why is Judith’s hair so long? Why does she look like she’s grown three years in the past month after being a baby for literally 3 years previously?

Our Hilltop traitor is back! Ol’ Gregory fled to the safety of the Saviors only to get Sparta kicked down some stairs. I was crossing my fingers for a Father Gabriel death after Gregory hopped into the Apocalypsemobile and got the hell out of dodge. But no, they’re both alive (although I’m not sure for how long, considering his new roommate) and I’m not very happy about that. Why can’t they both just die already? Rick’s plan appears to go flawlessly with his tin-roof car army and now the Saviors are entertaining a bunch of uninvited party walkers while Father Gabriel and Negan are getting cozy in what appears to be an RV. 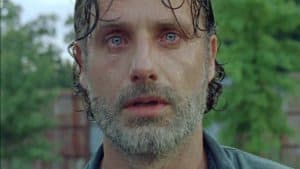 The episode itself had few redeeming qualities, but I spent most of my time snarking and laughing out loud. The best thing by far was the Mad Max Apocalypse armored car parade and later circling up the [station] wagons. Men nodded at each other mysteriously. I also enjoyed Rick counting down from 10 but only getting to 7 before he murders a billion innocent windows. I’ve missed Crazy Rick. Right before they swing back into the cavalcade of cars, Rick pulls out a Polaroid camera and snaps a photo of the carnage. I’m still not sure why but you do you, Rick.

By the end of the episode, as Rick is standing in his pulpit again, I wasn’t sure if any of it had even happened. The editing was awful. No amount of good angles and fancy filters can redeem this episode. I hope this isn’t setting the standard for the rest of the season. “My mercy prevails over my wrath”, but this “Mercy” certainly didn’t prevail over this BS.

What did you think about “Mercy”, the Season 8 Walking Dead premiere? Did it live up to everything you thought it would? Let us know below!