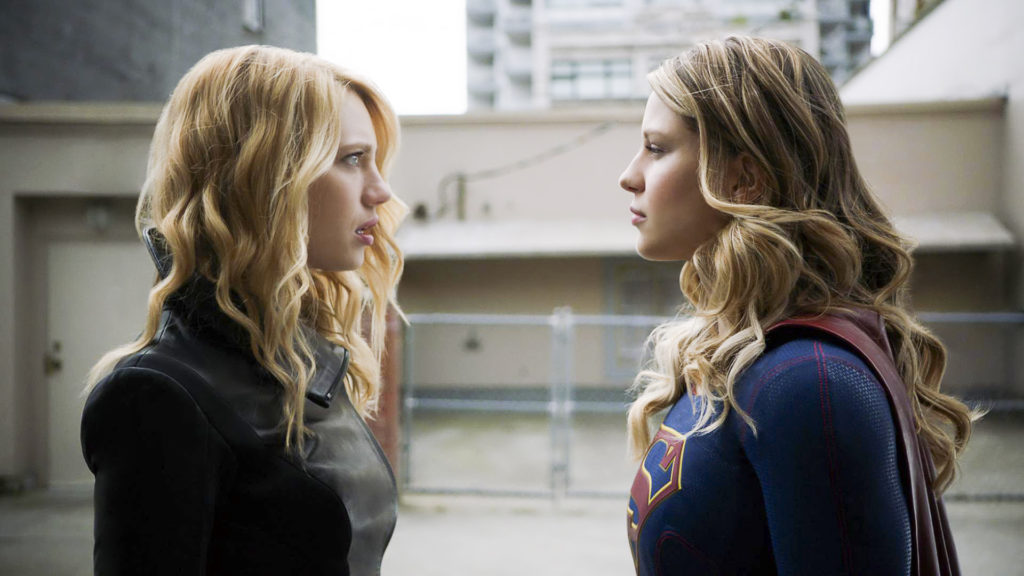 On the surface, “Triggers” is about people being forced to deal with their greatest fears. But the episode also introduces some threads that will later become important.

Our villain of the week in “Triggers” is Psy, a meta-human who uses her psychic ability to force people to confront their greatest fears. She’s so powerful that both Kara and J’onn are powerless against her, at first. When Kara first faces her, she is overwhelmed by a vision of being back in her pod, watching Krypton explode. Kara is so badly affected by this that she later suffers a panic attack in an elevator, although she doesn’t believe that is what happened, as she considers herself stronger than that. Near the end of the episode, her fear of being back in the pod manifests into a fear that she killed Mon-El when she sent him away. Alex is able to convince her that she saved Mon-El’s life, and Kara is able to overcome her fear and take down Psy.

Again we are told that Kara and Mon-El’s love is the stuff of legends; if I believed that, I would understand her feelings a little bit better. I can see where they’re going, but I just don’t buy it, and this is going to be a long season, because we’re going to have to deal with this until Mon-El returns. I was also a little miffed that Kara refused to believe that she had a simple panic attack because she’s “stronger than that”; I did appreciate Winn reminding her that it doesn’t work like that.

We also get to see Lena taking charge at CatCo, much to James’s chagrin. Lena has actually taken measures to step back from her family company, L Corp, and take a larger role at CatCo. I’m not quite sure why Lena wants to be so involved in CatCo, but it does provide a convenient excuse for Katie McGrath to be a series regular. Lena and James butt heads, because he didn’t realize she was taking such an active role in the company, and she doesn’t include him in her decisions. They seem to arrive at a temporary truce, so we’ll see how things go from here. Mehcad Brooks mentioned that James gets a love interest this season… 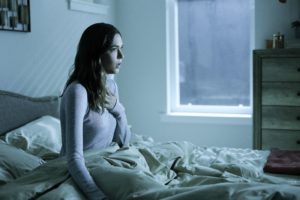 The biggest thing that “Triggers” does is properly introduce us to Samantha Arias (Odette Annable). We saw Sam in last week’s episode, during the attack at the waterfront, when a tower fell on her daughter and she was able to lift it off. Samantha is also known as Reign, another Kryptonian who was sent down to Earth at the same time as Kara and Clark. Sam, however, doesn’t know that yet, and in this episode, she mostly just wants to get through her first day at her new job. Her daughter, Ruby, is making that difficult. After Sam’s heroics at the waterfront, Ruby is convinced that her mother has super powers, and after punching a girl at school who called her a liar, Ruby purposely endangers herself so that Sam will have to rescue her. In the end, it’s Supergirl who saves the two of them, though Sam does try to test her abilities later.

This episode also shows us how the cracks start forming in Alex and Maggie’s relationship. Floriana Lima (Maggie) was bumped from regular to recurring in season 3, but the producers mentioned at SDCC that they wanted to give Sanvers the respect it deserved. It seems as though the two haven’t yet had some seriously important conversations about their relationship. They bring this up by starting the episode with them having what looks like a serious argument; it turns out they’re trying to decide between having a band or having a DJ at the wedding. However, when Maggie witnesses Alex having a moment with Ruby, they discover that they both have very different ideas about children. This will most likely lead to Alex having second thoughts about the wedding.

“Triggers” is closer to earlier Supergirl. Kara still isn’t one hundred percent back to normal, and odds are she won’t be any time soon, but she has definitely started the healing process. This episode is nowhere near as heavy as last week’s episode.

Previous:TNT’s “The Alienist” Releases New Trailer! Get Ready For The January 22, 2018, Premiere
Next: Star Trek: Discovery 1×5 Review: Choose Your Pain