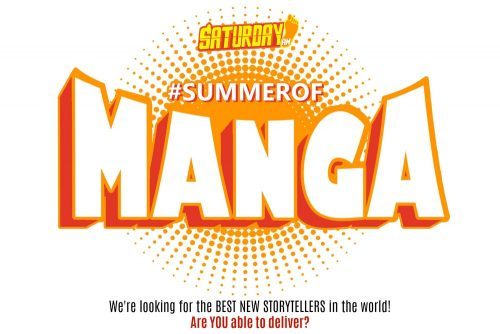 Next in our reviews for #summerofmanga2019 is Myth Casters! In a world where magic exists, wand-wielding Myth Casters protect the peace between humans and mythicals.

In a shonen twist on the buddy cop genre, Myth Casters takes place in a world where the titular Myth Casters use magic wands. Their ability to wield these wands comes from the goddess Dunya, who granted this power to those devoted to maintaining peace between humans and mythicals. Jaded veteran Domingo, a human, is partnered with wide-eyed rookie Kaanox, a mythical.

Domingo believes that anyone who wants to become a Myth Caster to seek glory is in the wrong line of business, while Kaan believes that by gaining recognition, he can help change the way many humans negatively perceive mythicals. Their newfound partnership is immediately put to the test when a mythical used as a test subject for shady experimentation goes on a rampage. 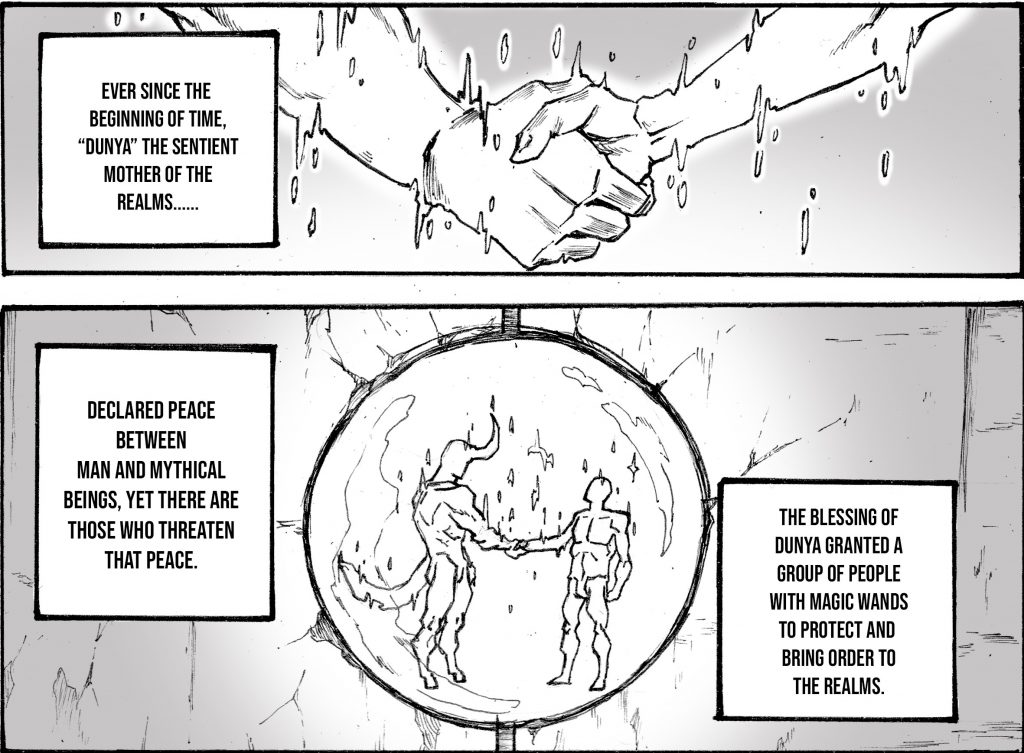 Domingo and Kaan must figure out how to work together in spite of their clashing worldviews. While neither of them is entirely wrong–after all, Domingo’s jaded worldview has formed as a result of his own optimism being pitted against the real-world challenges that come with the job–they still have much to learn from each other. And while their wands grant them incredible power, a huge part of their challenge as Myth Casters is learning how to navigate and neutralize tense, complex situations without relying on brute force alone. That said, watching Kaan summon and wield a giant spectral pair of gauntlets is awesome.

Q: Who are you? Introduce yourself!

I go by zayf_illustrations but my actual name is Huzayfa Abubakar. I am proudly Nigerian and currently studying Architecture. I do art as a part time job but I do hope to make it a full time career.

Q: What’s something you learned while working on #summerofmanga2019?

Not gonna lie, it was challenging because that was my first experience working in a professional environment, but our supervisors, Andrea, Mr. Frederick, the entire Saturday AM team were very welcoming. I gained a lot of knowledge on how to organize and manage my time, as well as respecting the people you work with. 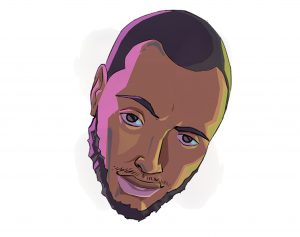 Q: What are the challenges of making a one shot story compared to a continuous manga comic series with multiple chapters?

It really isn’t difficult when being compared to making manga/comic with multiple chapters. But for an amateur artist it was hard because I had to deal with deadlines for the first time and the struggle to summarize what at the time I thought to be this GREAT story should be told in more than one chapter. But the Saturday AM team help put into perspective on how to actually tell a good compelling one shot story.

Keep an eye on our Summer of Manga and Saturday AM tags–more reviews and announcements coming soon! 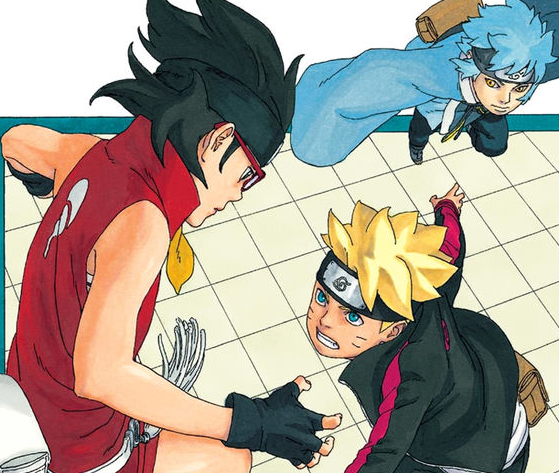 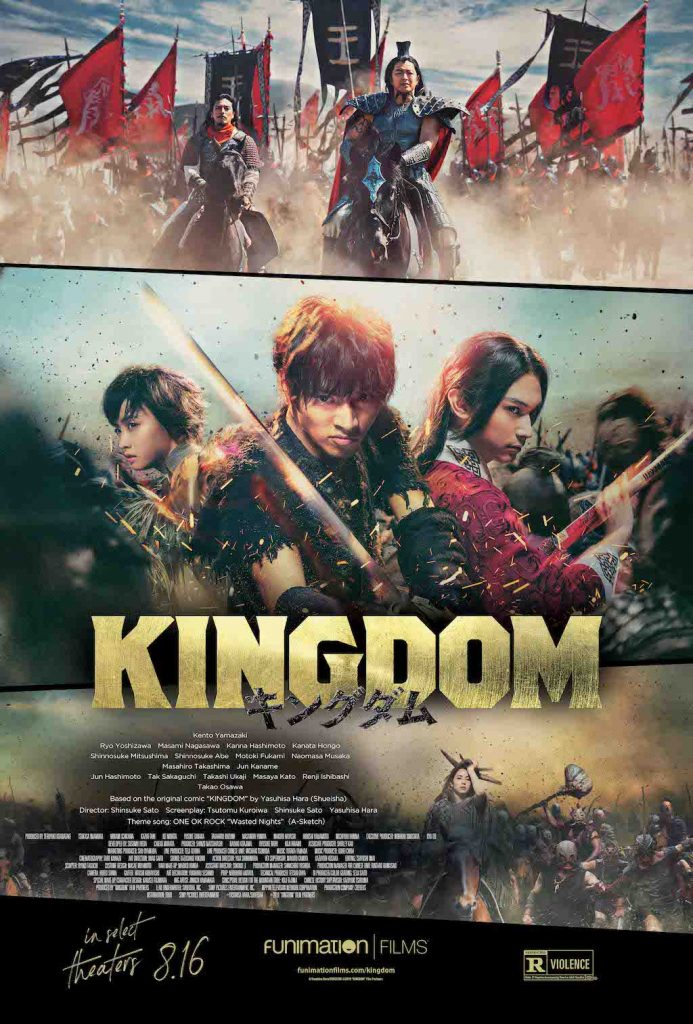