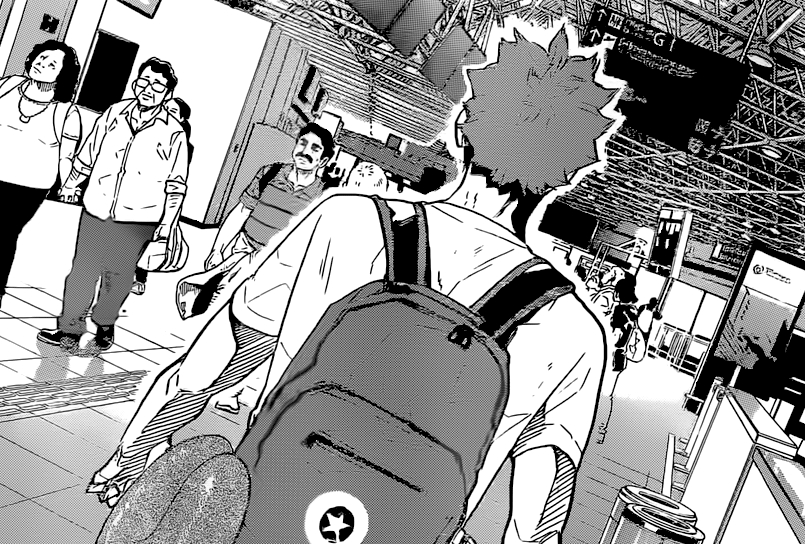 I’d probably be lying if I say that I’m starting to get into the new Haikyuu!! arc. Lying because after chapter 371, I’m pretty much entirely on board. I’m excited to see where this is going, especially after the most recent chapter. Haikyuu chapter 377 brings back a couple of characters who could really turn up the heat on the new arc.

I don’t know if I’ll ever be able to top the thrill I got when I saw Oikawa randomly pop up at the same beach in Brazil where Hinata was playing beach volleyball. Honestly, those few chapters of Hinata and Oikawa hanging out and playing as a team and taking selfies were some of my favorite of the entire manga. But Haikyuu chapter 377 definitely made me jump and giggle when I read it.

One of my favorite owls has returned! I recognized him by the barest sight of the back of his head, and I couldn’t contain my excitement. I absolutely love Bokuto, and the way he eagerly mentored Hinata during the Tokyo training camp – plus the pride he felt watching Hinata do so well at the national tournament – was one of my favorite non-teammate relationships. (I mean, who didn’t love Hinata showing Bokuto that he bought the same t-shirt?) The two of them have such a great energy together, and it would be amazing to see them playing on the same team.

Not only that, Bokuto’s team includes Miya Atsumu, who mentioned after Karasuno beat Inarizaki that he would love to set for Hinata. It was hard to get a read on how everyone (read: Kageyama) felt about that, but oh, my, wouldn’t it be amazing if Atsumu and Hinata were to go up against Kageyama and Ushijima? Fans have been predicting that match-up for a while, and it’s getting closer to happening. 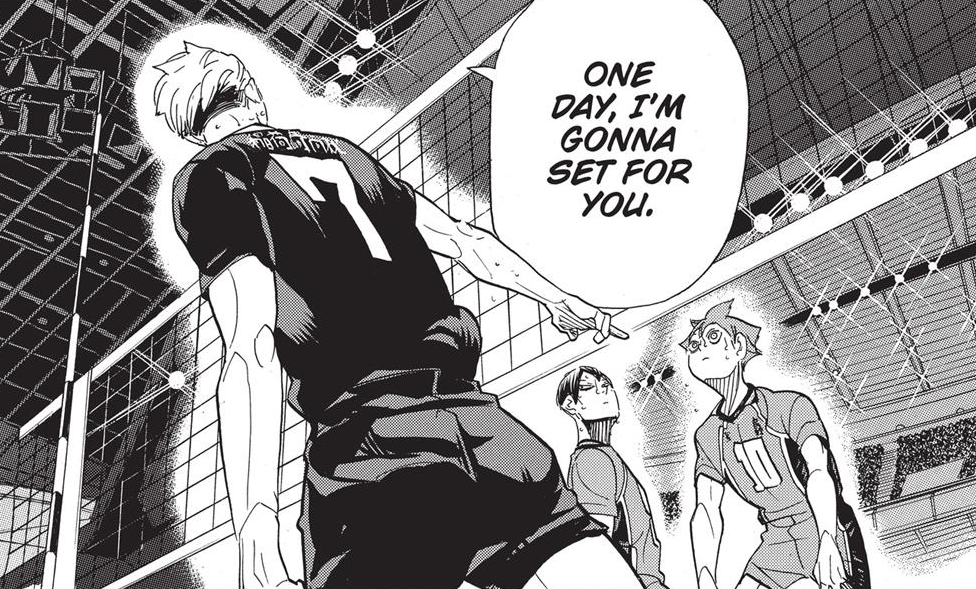 Chapter 291. Atsumu to Hinata after the match.

There is no guarantee that Hinata will make the team, and I worry that having this be the first team he tries out for is setting us up for failure, but this is a team that makes total narrative sense. You have Bokuto, who already looks at Hinata as a protege and has limited experience playing with him, and Atsumu, who has expressed interest in setting for Hinata and is one of the only other setters who was able to mirror the freak quick (granted, it was with his twin, and he won’t have that same level of connection with anyone else, but still).

Plus, the pairing of Bokuto and Atsumu is something I never knew I wanted until this very moment. They’re the most chaotic good pair that ever existed and I can’t wait to see how they are on the court together – and how Atsumu deals with Bokuto’s emo mode. (Though, will anyone ever be as capable as Akaashi? Oh man, PLEASE let us see Akaashi at some point.) But you can see in Haikyuu chapter 377 that Atsumu’s got his own emo mode going on. (“Why was I even born?” because everyone laughed at Bokuto’s jokes and not his. I love it.)

You all know I was initially skeptical when this time jump happened. I won’t rehash my feelings about it because I’ve been pretty clear, but the longer this arc goes on, the more I’m starting to love it. In retrospect, I should have realized that aging the characters up gives the opportunity for interactions that we simply wouldn’t have gotten to see with everyone still in high school. And we get to see everyone grown up, which wouldn’t have happened for years if the manga had continued on its previous trajectory. 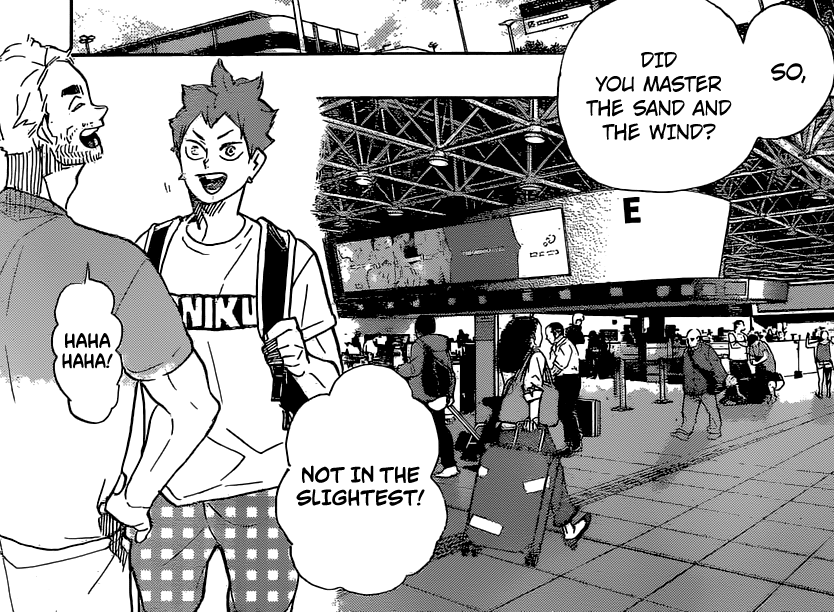 The important thing about this chapter is that Hinata is finally back in Japan, and he has the maturity enough to recognize that he didn’t learn everything that he needed to learn. Even though we were only in Brazil for seven chapters, I feel like Furudate did a good job emphasizing how much Hinata has grown as a player and as a person. There was a lot of focus on the skills that he’s worked on since he came to Rio, and losses always hit him the hardest, yet he’s the one pulling his teammate off the ground at the end of the match.

As much as I loved the nationals arc, it was a lot of the same over and over again. The time skip injected some life and bounce into a story that was already pretty good but is quickly becoming something great.

Have you read Haikyuu chapter 377? What did you think?

Previous:Power Rangers Getting Another Movie Reboot! Can We Just Not?